Pick of the Ads: Good, Bad and Ugly - Factory Customs

I have never watched that Easy Rider film which could explain why my motorcycling CV doesn’t feature any laid back custom bikes. The older I get, the more I see the appeal of these custom bikes, so this week I’m dipping my toe in the water to see what you can buy with a £2,000 budget. 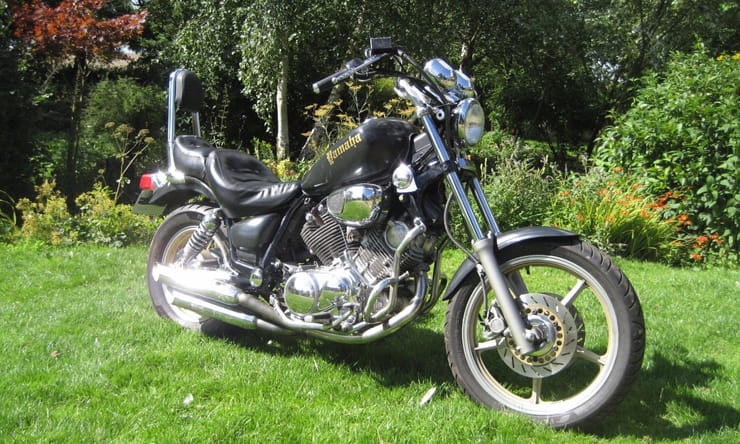 The answer isn’t very much. This Virago 750 is the one I’d go for if someone pulled a gun on me and made me buy one. We’ve all heard of the Virago model, the biggest seller was the XV535 yet my search returned only two of those. Then this 750cc one caught my eye. The styling is textbook for an urban cruiser; long forks, large front wheel and low comfy saddle, chuck in a small teardrop tank and you’ve practically ticked all the must have boxes of a custom motorcycle. The engine gets that last tick. It’s an air-cooled v-twin motor that dominates the visual appearance of this 15 year old bike. There was a bigger 1100cc version, but like the 535 they rarely fall into the sub £2,000 bracket.

This makes this really cared for example even more tempting. A quick look at the advert informs us that there’s a brand new exhaust system fitted, that alone cost around a quarter of the bikes asking price. With only 13,000 miles recorded there’s plenty of cruising left in this old Virago. 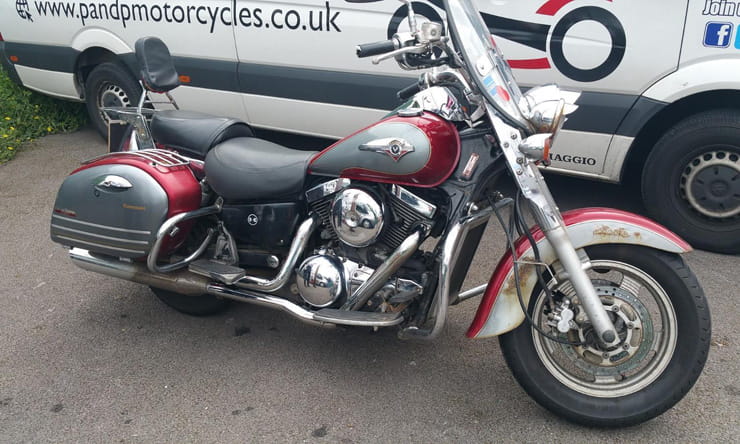 You can’t beat cubes, it’s an old saying that could’ve been penned just for custom motorcycles. With a capacity of 1500cc that means each cylinder is whopping 750cc. Kawasaki have created plenty of factory customs over the years yet there aren’t too many on the used bike market? At only £1,795 you might be thinking this is a lot of bike for the money, but there’s a reason it’s within our Tuesday 2K budget. The mileage for this 16 year old bike is 69,000, that’s miles not kilometres.

Although the engine is still strong the rest of the bike is showing its age, mostly on the painted parts. There’s always a positive hiding within a negative, this bike could be the perfect starting point for a customised custom!

Many people love to take a cruiser and modify it. This Kawasaki could actually be a blank canvas for that venture. 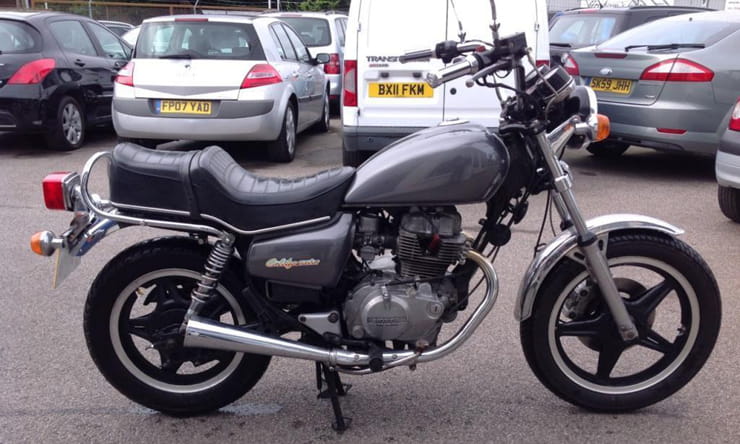 Signing us off for Two Grand Tuesday this week is this offering. The Honda CM250. It’s basically a Super Dream 250 that’s been restyled by Honda in the 80s. They weren’t a high volume seller like the donor bike was. It’s pretty easy to see why.

These days they are often purchased by people who’ve been inspired by the current craze of café racers, brat bikes and the like. The engines in these are pretty solid even if riding one is a fairly dull experience. There’s been a surge in prices for old Honda 250s, their an easy bike to maintain and tinker with which is handy because this bike looks like it’s in need of a hug. At £1,295 it’s priced not to sell, but if you’ve got an emotional attachment to the model you’ll see through the optimistic price tag.