Pick of the Ads : Good, Bad and Ugly - Emerging Classics

Today's Good, Bad and Ugly is looking at emerging classics. These are the bikes that until now could have been commanding relatively low premiums but their stock is starting to rise. Have you got any of these in your garage? 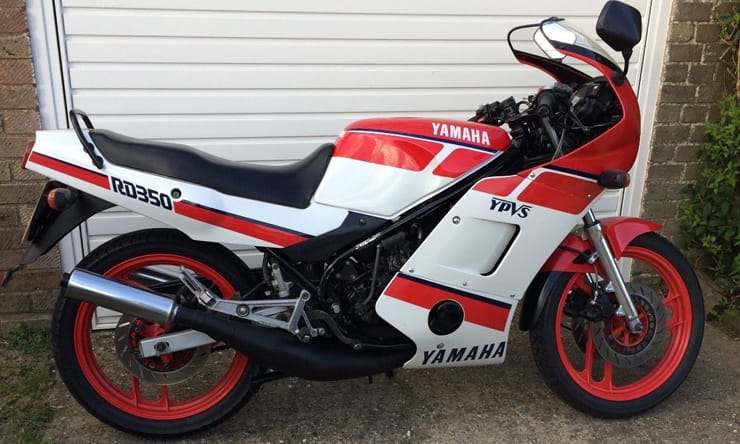 Of all the YPVS models the F2 was probably the most popular, by that I mean it sold the most units. Early bikes can be found on a C reg, late bikes were still being sold new well into the 90s, you’d think that they’d be plenty left, well sadly you’re wrong. Over the years many have been raced, crashed, stolen and chopped up for parts. Trying to find one for sale can be tricky, locating a good original standard bike is nigh on impossible. That’s why this standard F2 caught me eye. It’s even had the same owner for around 10 years, that’s another good sign. What I like about this example is it hasn’t been got at, it’s how to find one if you want to relive your youth. At £4,500 it’s not cheap, but when you study LC prices it suddenly looks a bit of bargain. No doubt there’s room for some negotiation, if only it was a blue and yellow one, I’d probably buy it myself!

The F2 was the faired version, the N2 was the naked model. 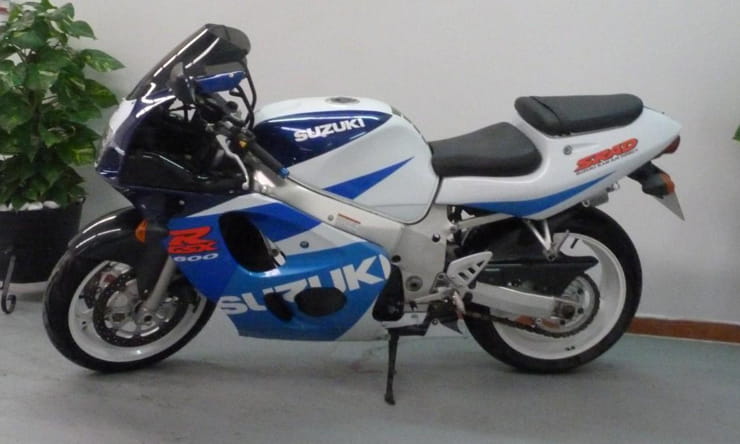 I am convinced that in a few years time sports 600s will be the next big thing in nostalgic purchases, this seller obviously agrees and his doing his part to push the market. The GSX-R600 SRAD is still a great middleweight, it’s even more desirable in those trademark Suzuki blue and white paint sets.

Truth is you can actually find a decent GSX-R600 SRAD for around £1,500, less if you aren’t too bothered about it being tip top. There’s still plenty out there, so at £3,595 this bike is not going to get sold in a hurry.

The GSX-R600 SRAD was the first proper sports 600 Suzuki built, time will look favourably upon this. 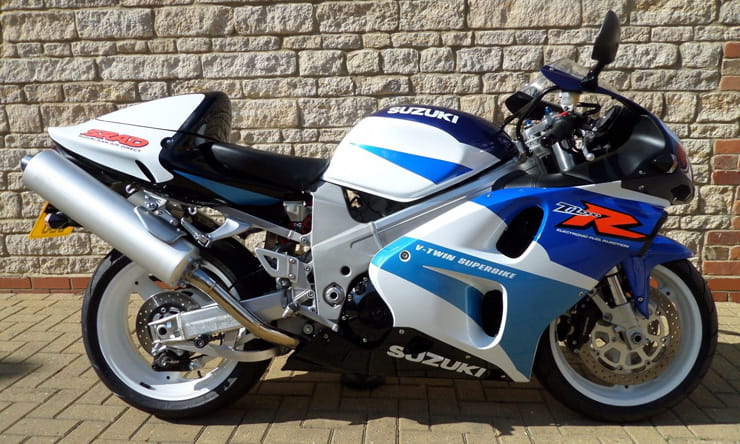 The original TL1000S was a bike that got a kicking from the motorcycle media when it was launched, you couldn’t read a road test without some scary paragraph on how it was a weaving beast, why do they test road bikes on a race track so often? On the road it was more at home, sure there was trouble at mill and Suzuki added a steering damper to keep punters happy. The S model was short lived, it was replaced by the all singing and dancing TL1000R.

It looked the part on paper, the SRAD inspired looks are an acquired taste, but most people rate the looks. It never sold in any great numbers, so finding a good one is tricky. This bike looks to be a stunner, the advert reads like a diary, the chap who owns it hasn’t cut any corners in preparing it for sale. The looks of this model can still divide opinions, it’s not the worst looking bike Suzuki ever built, but nor is it the prettiest.

The TL1000R was built to go racing, it never really happened for Suzuki.