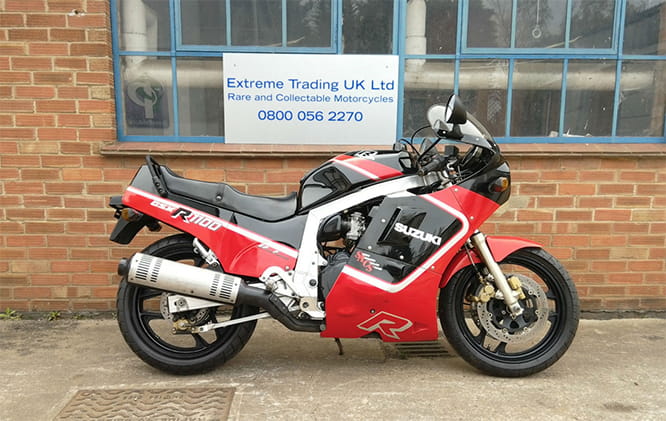 The impact that this bike had on the litre plus class in 1986 was immense, it was the future, albeit briefly.

The GSX-R750F arrived first in 1985. Journos quickly ran out of superlatives to describe the bike to drooling readers. The 1100 appeared in 1986, it had more power but also more weight. For many the 750 was the better package, but at the end of the day you can’t beat cubes.

The model became known by it’s nickname, ‘The Slabby’ or ‘Slabsider’ thanks to its trademark bodywork. Three decades on it’s still something you either love or loathe.

These Slabbies were the purest of the breed, oil cooled engines shoved into a lightweight frame. The later J model got trendy three spoke wheels but in tyre limiting 18 inch sizes.

Many of these elevens got crashed, raced or sometimes both, they created the streetfighter craze overnight.

Trying to find a standard bike is nigh on impossible. Things like the standard exhaust were often junked in favour of more sporty offerings. This example is very original. The seller coughs up to the fact that there’s some cosmetic issues, probably occurring during its journey to the UK in a shipping container. This one started it’s life overseas, other than a kmh speedo and lights that dip the wrong way it’ll be pretty much on par with a UK spec machine. Some countries got less powerful versions. This was achieved by various methods, everything from restrictive cdi units, less potent camshafts and restrictors shoved in exhaust pipes.

These bikes now call to those who remember them in their hey day. They’re classics and therefore prices are on the up. This one is pushing the upper ceiling of current values, at £6,000 it’s top dollar, but with supply not meeting demand these prices will only continue to increase. 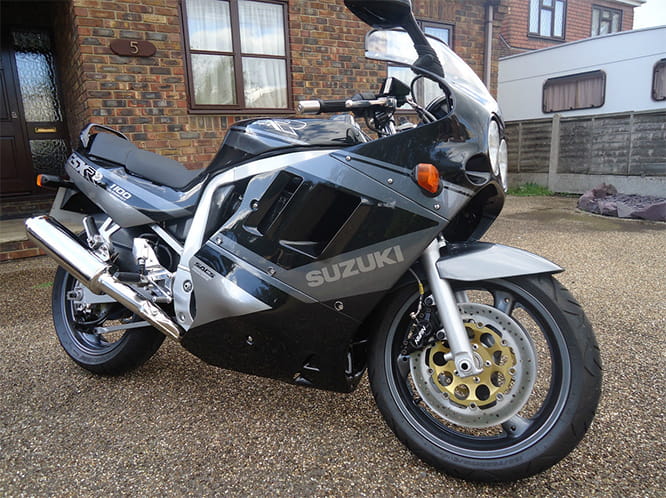 Woman love a bad boy, blokes love a bad bike. The GSX-R1100K was a howler in the handling department.

The K was the second incarnation of the GSX-R1100, everything went a bit pear shaped for this model. Weight went up vastly over the outgoing Slabby models, and despite having a more modern chassis and running gear. it all clashed to create a bit of a mess. The advance in suspension meant owners could now faff about with the suspension settings on the forks and shock absorber, but most owners had no idea what they were doing, and mayhem ensued. The K quickly got a reputation for not handling, but if someone who knew what they were doing set the bike up it behaved itself, ask anyone who’s ridden a Maxton prepared K.

The chassis was half the story, the 1100K had a new engine, the cc was now at 1127. Bigger carbs helped eek out bigger horsepower, the engine is still very much in demand still today, a favourite for drag racers and classic road racers too. The K wasn’t all bad, it looks great, the two tone black one is particularly tasty.

This offering is probably the best K on the market, it’s had an extensive rebuild and lots of tlc poured into it.

I doubt if it’s £5,450 asking price covers the cost of the rebuild and purchase of the original bike? Well worth every penny in my book. 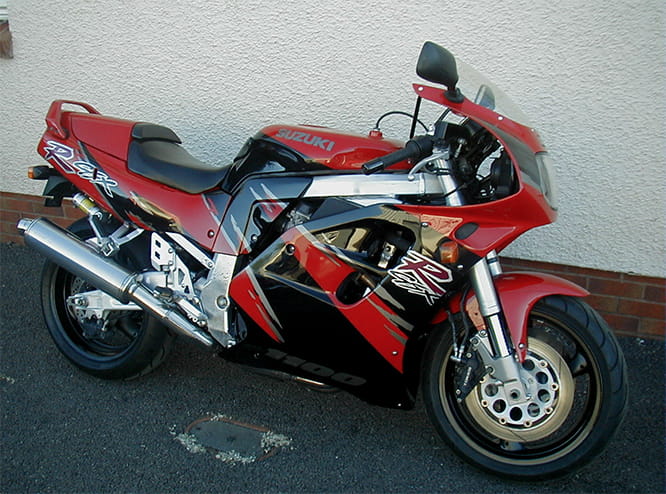 After several incarnations of the 1127 motor that ended with the GSX-R1100N, Suzuki gave up on oil cooling and embraced water cooling. The original concept that oil cooling helped create a lighter machine had been outweighed by technology and the need to build a modern engine.

The water cooled GSX-R1100 was plenty powerful, but that wasn’t enough on its own. The chassis was beefy, too beefy in a way, it was a tubby, a fatty, a right Billy Bunter. Making things worse was that Honda had launched the Fireblade, and Suzuki’s up and over the top trademark frame looked really dated. The chassis had upside down forks, but Suzuki had already been using them on the L/M and N oil burners. The rawness of the original 86 bike was long gone, it was game over for the GSX-R1100. Not much is different now in 2016. Fondness for those early models remains, but these water cooled models are in the wilderness. This bike though is a stunner, bog stock and unmolested, if only it was an oil cooled Slabby…