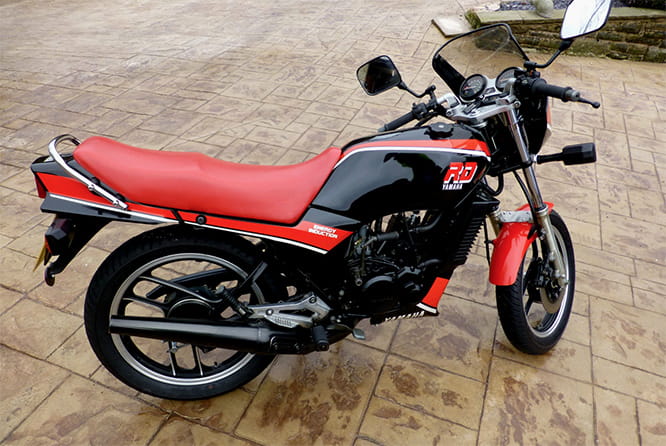 Is it really thirty years ago that I lusted after owning a Yamaha RD125LC?

Time flies, even if C772 EMF didn’t. It’s strange how I can recall  the registration number of my first RD125LC but I struggle to remember things like family birthdays etc.

The first thing that any self respecting teenager did once their parents had signed on the dotted line of the HP forms was to get the newly purchased bike down the shed and start to ‘improve it’.

Before the ink was dry on that finance agreement the spanners had often been laid upon the 125.

That makes this RD125LC quite a find. It’s a genuine UK machine too. It’s survived for three decades without anyone fiddling with it. The ironic thing is that a majority of the forty somethings who lust after their first true love, will now go to to painstaking efforts to restore their retro 125 to standard spec. This original little gem therefore scores on many fronts.

The RD125LC might not have been the most technically advanced sports learner machine, but it came from good stock and many owners progressed to bigger capacity RD’s once passing their test and ditching the dreaded L plate. If you want to rekindle a relationship with your first love you’ll need deep pockets, who said money can’t buy love? 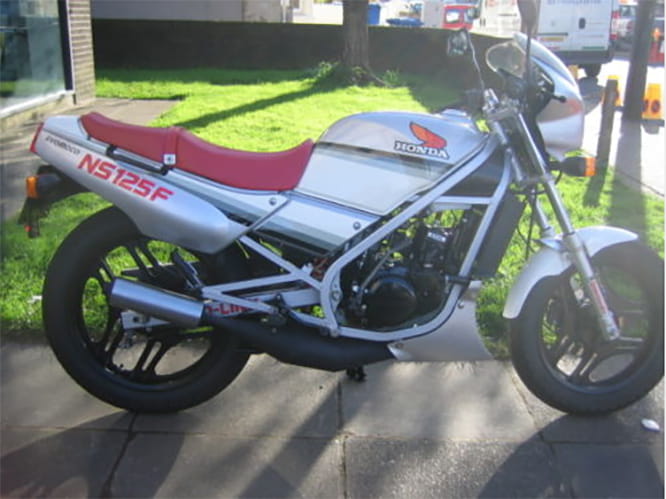 On paper the NS125F had it all, a trendy box section frame, sharp styling and Honda build quality. The NS125F wasn’t built in Japan, instead it was cobbled together in their Italian factory. Although all 125s at the time were limited to 12BHP inline with learner laws of the time, the Honda never felt as fast as the opposition, worse still was group tests proving the point, it was a slug.

The bad news didn’t stop there, where most 125 strokers responded to a bit of porting and tuning, the Honda again was a let down. Adding to the pain was any poorly administered ‘tuning’ would result in a seizure, an expensive day out when you had to get the nicasil bore replated. The NS125F despite all these drawbacks was a decent option.

This example is maybe the one every NS125F jockey from the 80’s wished they’d owned. It’s an import model, with a quoted BHP of over 30 gees gees galloping away inside the crankcases. There’s still plenty of life in the old dog yet. 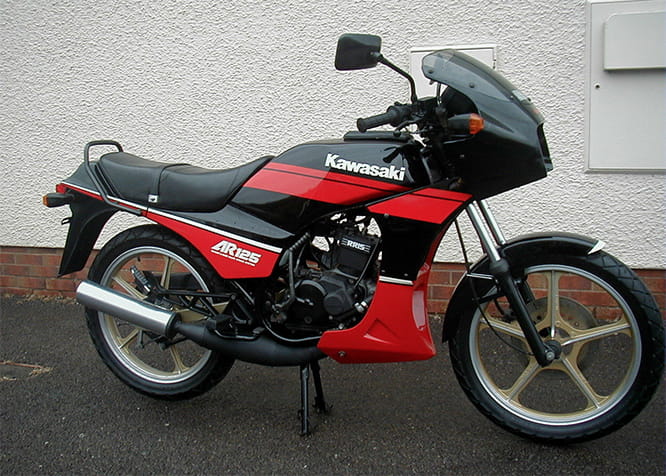 Kawasaki never really cashed in on the 125 market of the 80s, and put even less effort into 125s going into the 90s.

The AR125 is actually a really solid little bike. It was also pretty nippy and defied its 12 horses that pushed it along.

The engine used a rotary disc valve, instead of reeds. This gave it a healthy spread of poke throughout its rev range and a distinctive induction whir.

Beyond the water cooled two stroke engine things were much more traditional. Nothing else really grabbed your attention, unlike the competition, that all had large capacity machines carrying the models moniker. The AR was pretty much a lone wolf in the range, other than its smaller siblings.

The original model was quite handsome, with a bikini fairing and subtle paint job. Kawasaki left the model alone other than a half hearted makeover that involved adding some fairing lowers to a reworked nose cone. The idea of this was to make it resemble their flagship sports bike the GPz900R.

I don’t think they achieved their design brief if I’m being honest.

This little piece of Kawasaki history spent its life overseas, covered barely 2,000 miles in 30 years and I doubt a better example exists? If you want a minty AR125 for nostalgia reasons then this is it. I can’t help thinking that it’s a shame it isn’t an earlier model though.