To round out the week of lurve, our very own (new) romantic, Scott Redmond, has been delving into the classifieds and rediscovering the bikes that set his pulse racing as a teenager. Is the lust still there 40 years on? Time to get out those rose tinted spectacles Scottie... 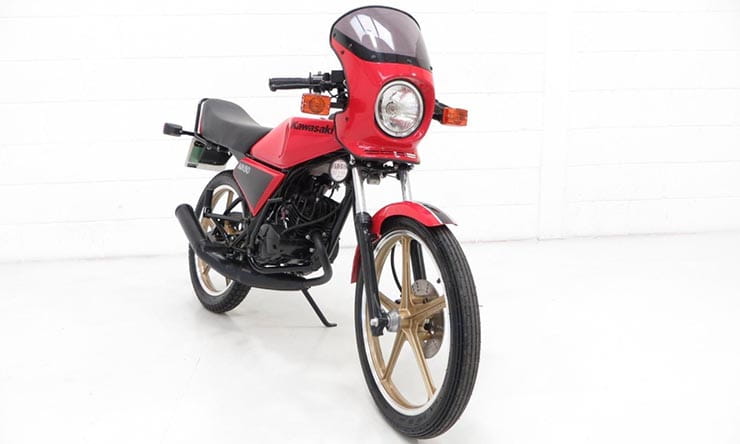 For many of us, our biking story will start with a moped, although often the reality was a little removed from our self imposed expectation, a lot like love in a way! After lusting over sales brochures and reading road tests in motorcycle magazines, we’d reach the age of 16 and finally become adults. If you were 16 in 1981 this must have been a contender for your dream machine?

The Kawasaki AR50 was and still is a very good looking motorcycle, or should I say moped? It’s proportions are dinky but it left a big mark on many of those who sellotaped L plates on its bikini fairing. This is why prices for any decent ones that survive are so high.

This example is the ultra rare A1 model, which is easily identified by the different side panels and tail piece when compared with later models. It looks stunning and for a fiver short of four grand I guess it should. The seller is no stranger to quality restored bikes (and cars) and the gallery images provided show how a proper advert should look. There’s nothing for the new owner to do except ride and polish it.

Is any moped really worth thousands of pounds? I guess that’s up for debate, but I can see the attraction. The chances of seeing another genuine UK example of this 36 year old model are slim, never mind finding one that’s up for sale.

The AR80 engine parts are interchangeable with the 50cc motor.

Malaysian buyers pay up to £400 for a pair of AR50/80 wheels. Making scruffy bikes viable for breaking and exporting the parts. 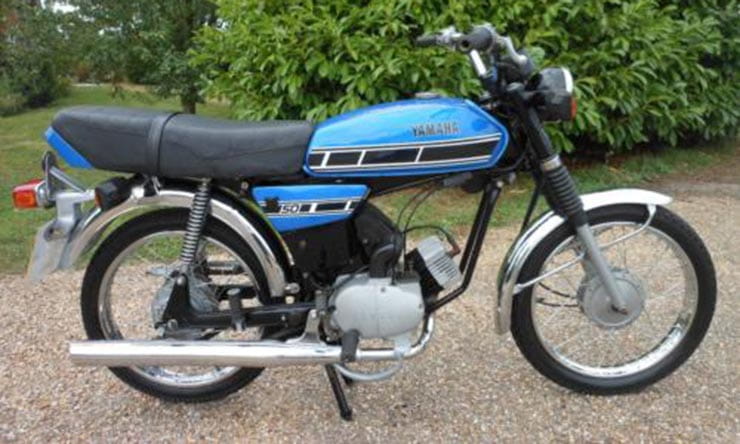 The FS1-E is an icon, not just of the motorcycle world but of the Seventies in general. Everyone, it appears, can tell a Fizzy story and the story of the FS1-E is worth telling. Originally arriving badged up as the SS50, it quickly got renamed the FS1-E as Honda was already using the SS50 moniker. For a whole generation of 16 year olds, this was their ticket to ride.

If only you could bottle nostalgia, you’d make a fortune. Until then, FS1-E prices will continue to rise as there is no ceiling to what people will pay for a minty Fizzy. Only this week on the VJMC selling page on Facebook, it all kicked off when a seller invited sealed bids for their pride and joy.

But by the Eighties the Fizzer’s days were over. With a new wave of modern sports mopeds arriving, the Seventies 'ped king was dead, but was it? The new kids on the block were restricted to 30mph, and although more power lurked within, it took cash to liberate it. Things like Micron exhausts didn’t come cheap. The FS1-E left the Yamaha brochure for a few years but made an expected return towards the end of the 1980s. Now dubbed the FS1-M, it was a bit like a Seventies pop star making a comeback. It was awkward and ultimately a flop.

That’s what we have here. It’s a 1987 model, it appears to be a tidy bike, but there probably aren’t too many 40-somethings who lusted after one of these in their teens. At £1,995 it's not so much a bad bike as it is the wrong bike, although it’s at least a cheap way in to Fizzy ownership.

Even now people disagree on which was a better ped, the FS1-E or the Suzuki AP50.

The FS1-E engine is very tuneable and there’s no shortage of goodies out there to release more poke from the air cooled two stroke.

The FS1-E was sold throughout the Uk, even though the 'E' in FS1-E stood for 'England'. Models destined for other countries had other suffixes, such as the French FS1-F. 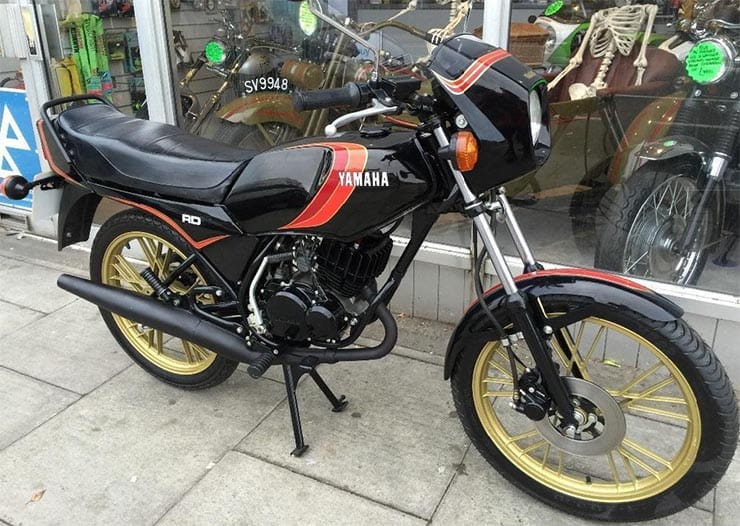 Sandwiched between the mopeds and the 125s in the manufacturers brochures lived the 80cc bikes that were often overlooked. Other than being cheaper to buy and insure than a 125, there wasn’t really any other reason to buy one. And when you’re 17 you aren’t overly interested in finances, are you?

The Eighties was prime time for the 80cc motorcycle, but when did you last see one? This example of the RD80MX looks to be better than new, although its looks are shared with its smaller brother the RD50MX, where the RD125LC had the added cred of looking more like the bigger LCs. The RD125LC was probably the best selling sports 125 of the Eighties, with  regular updates kept it on trend and they went pretty well too!

If this was a RD125LC restored to this level there would be a queue of people interested in rehoming it, but unfortunately the RD80MX is a forgotten bike from a time when teenagers took to the roads on mass.

There was also a later RD80LC too. These are now very rare and desirable.

Although 80cc bikes were not popular in the UK, they had a bigger following in mainland Europe.