There are thousands of bikes for sale on Bennetts Free Classifieds and plenty we'd like to buy. In the week of the Bike Shed Event III, this standard Kawasaki W650 caught our eye as it’s ripe for modifying. 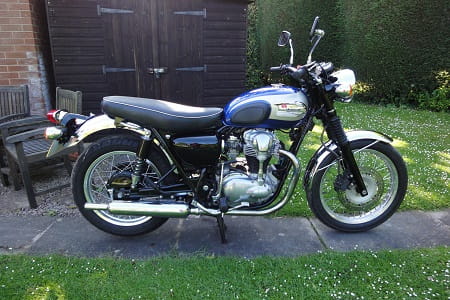 WE SAY:
Kawasaki’s W650 has been around since 1999 and many say it’s more Bonneville than Triumph’s very own retro classic icon. The Kawasaki looks better, rides better and has that all-important kick start to convince any bystanders that what you’re riding really is old. As long as they don’t look at the bright yellow number plate because then they’ll realise you’re faking it. The Kawasaki was launched two years before the reborn Triumph Bonneville too, but it wasn’t until the Bonnie came along in 2001 that the W650 gained some real credibility.

At 195kg (dry weight) compared to the Bonnie’s 205kg (dry weight), it’s lighter than the Bonneville too, although at 62bhp the Triumph makes 12bhp more, but the extra weight of the Bonnie offsets that gain. Neither of the bikes are about speed, they’re about kicking back and looking cool.

In fact, the Kawasaki beats the Triumph in every way except one – badge engineering. The Triumph wins ultimately because it has the right badge and history, though most people would struggle to notice the Kawasaki badge at all, and as a retro package, the W650 is the better bike.

The 50bhp motor and the later W800 are popular with the new wave of modern customisers like the Bike Shed set, so many don’t hang around for sale for too long. This one appears to be in mint condition. Snap it up before someone gets hold of it and gets their hacksaw out. 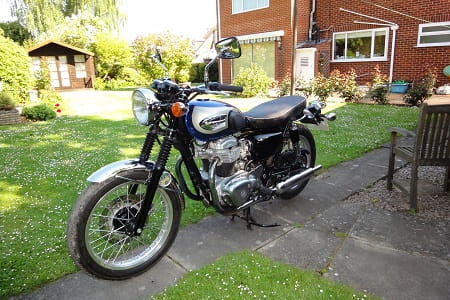