Pick of the ads: Good, Bad and Ugly – One owner from new

“This week I’ve trawled eBay for three examples of bikes owned by just one person from new,” says Scott. “Some are older than others, but we’ve got some good examples… despite one of my choices selling before I even finished writing the article!” 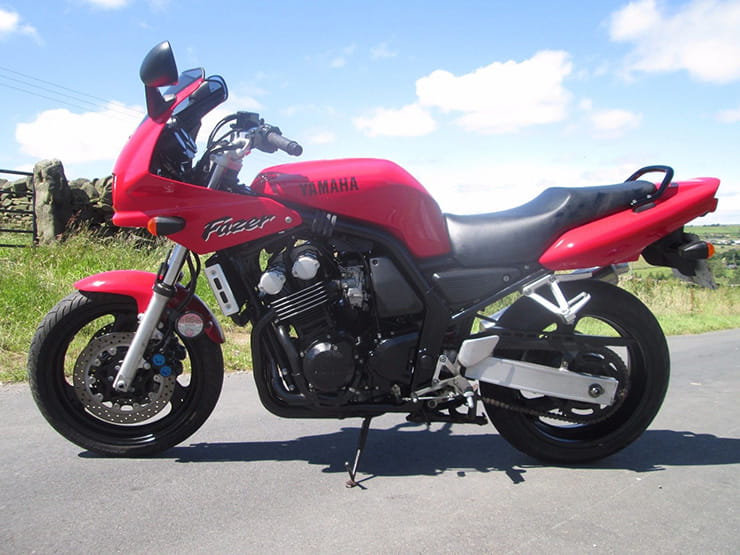 The term ‘Barn find’ is often abused, but in this case it’s a genuine case of a motorcycle that was left unused on a farm.

This immaculate Yamaha Fazer 600 was purchased new in 1998, and after racking up a humble 1,735 miles it was left unused for 16 years. The bike is now fully recommissioned and ready to be used. These original Fazer 600s are by far the best looking of the Fazer six family. They are also a brilliant bike to ride, even now almost two decades later. The asking price is pretty reasonable too; it’s only up for £1,950. That’s a lot of motorcycle for your money. Chuck in its novelty value of being a one owner low mileage bike and it makes even more sense. The only possible downside could be some issues that go hand in hand with bikes that have been laid up for a long time; I’d give the seams of that shiny tank a good poke, and also double check that it’s had fresh oil and coolant. You’ll also want to make sure it runs well – if fuel had been left in the system for that time, it’ll be well and truly gummed up by now.

Rubber components will be dry from all of those years of sleeping, so there’s plenty of pipework to check out like radiator hoses, fork seals and tyres. If you’re planning to ride it and not hide it, I’d budget for a few jobs to be done.

Anorak Fact: Many Fazer owners take the time to wire up both headlamps; only one side is lit up from new. 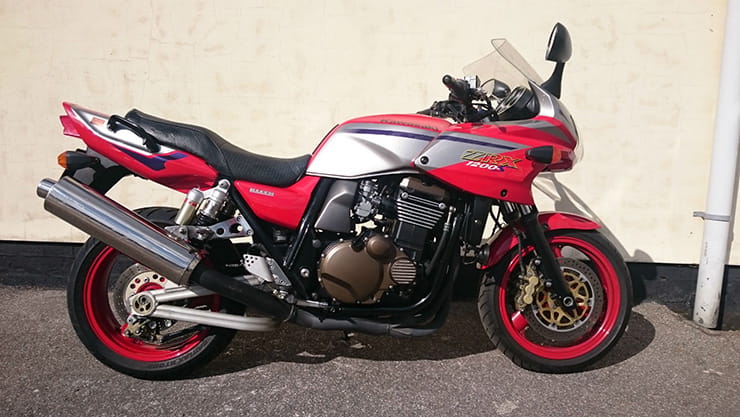 Kawasaki knows a thing or two about building a retro machine; throughout the 1990s the company knocked out a whole range that designed to secure the ‘born again’ biking buck.

The Zephyr range came and went, then Kawasaki rolled the retro dice once more; its ZRX1100 was the result, and it was a stunner. The ZRX1100 quickly became the ZRX1200, but this time Kawasaki hedged its bets and – along with the sit up and beg Eddie Lawson-inspired model –decided to make a ‘captain sensible’ version too.

It’s actually pretty much the same bike once that hefty fairing is removed, but the ZRX1200S is very much the ugly sister to my eyes. This example is a 2001 model; it’s had the same details logged on its V5C for sixteen years, in which time it’s racked up fewer than a 1,000 miles a year.

If you’re more Steady Eddie than Eddie Lawson, this is actually a very user-friendly bike, but park it next to the original ZRX1100 or 1200 and you’ll maybe wish you’d held out for one of those…

Anorak Fact: The braced swing arm is very desirable with speciasl builders; they can change hands for around £300. 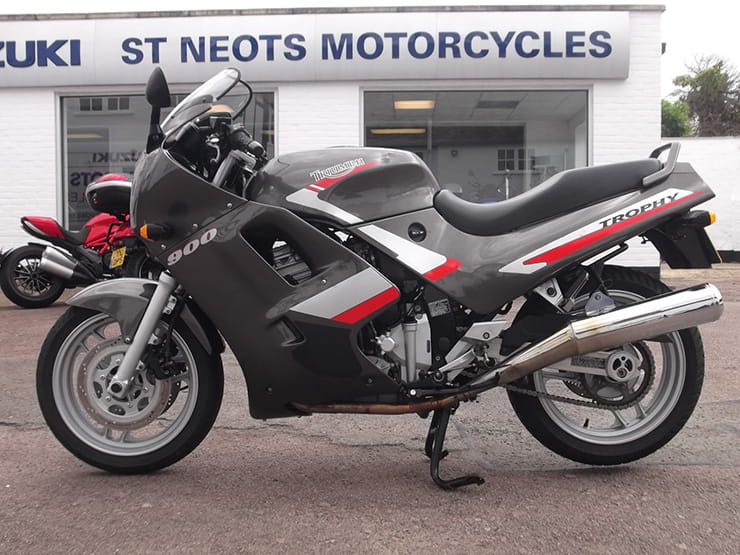 The Trophy 900 is one of those bikes that most people have forgotten about, which is a bit of a shame because they weren’t a bad attempt at building a new model to take on the all-conquering Japanese alternatives.

Triumph arrived back on the scene in the early ’90s with a whole range of new bikes. They were constructed around the company’s modular concept, where many components were used across the entire range. The sporty Daytona triple and four cylinder models got all the attention… in their shadows lived the Trident and Trophy models.

This could possibly be one of the best 900 Trophy models left on the market. It’s had one keeper since 1991, though sadly they’ve not hung on to any of the service history. It does, however, have both of its keys and handbooks. In 26 years it’s covered 16,000 miles, which for these bikes is nothing. The Trophy lacks any visual excitement, but with an auction starting at £1,299, it suddenly looks much more interesting.