Here are this week's selection, it's all about the V4's: 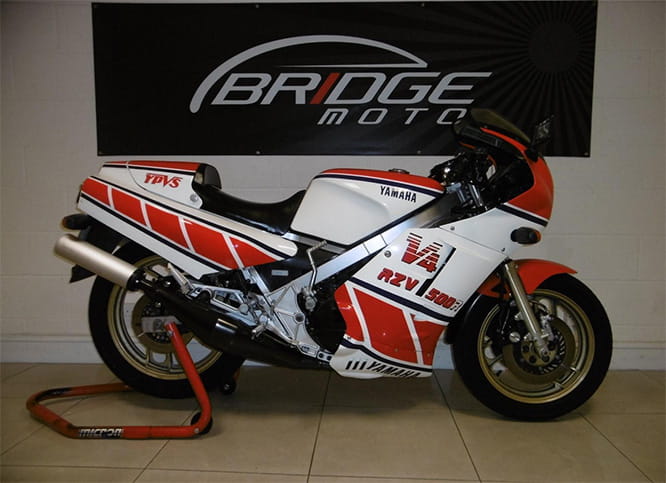 Yamaha were the first to launch a 500 GP replica machine that any old Tom, Dick or Harry could buy. The RD500LC might have been the first but the Suzuki RG500 was superior in about every way possible except looks. The 500LC still gives me a trouser twitch over 30 years later. It’s an icon, therefore it’s price tag reflects this. Once you realise that the likes of this bike won’t ever be manufactured again you can appreciate the lumpy asking price. Thirteen large, it’s around the going rate for the V4 stroker. This one is an import model, originally built to pollute the streets of downtown Tokyo. The Japanese model got a sexy frame, instead of the heavy steel frame we got lumbered with, the home market model got a lightweight alloy item, something that the RG500 and the Honda NS400R both employed on all variations.

In life a positive is often out weighed by a negative, the RZV500R ( it’s official model name in Japan), proves the point perfectly, the lighter frame lost any real performance edge when Yamaha had to cap the maximum power with a restricted  CDI unit to make sure it complied with  the laws of the land of the rising sun.

This bike looks pretty straight, it’s history since landing in the UK in 2011 is known to the vendor, it’s little touches like that make me smile.

Prices for two stroke classics will like their front wheels continue to rise. 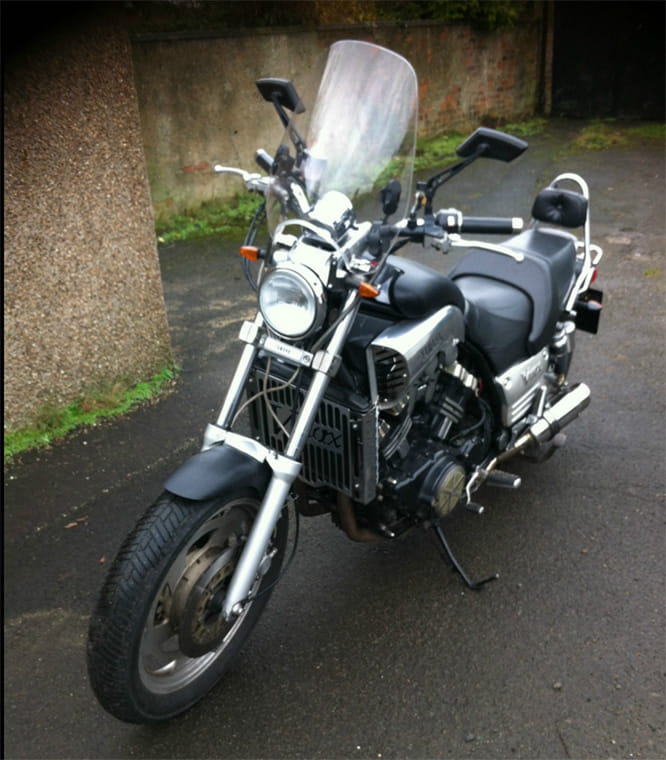 I spent most of  last weekend following the Bike Social international playboy that is  Marc Potter via Twitter, he was slumming it in the U S of A at the launch of the Ducati XDiavel. It’s a perfect example of what happens when a car manufacturer (Audi) get in to bed with a bike manufacturer, they produce machines that they think the market wants: a 150BHP cruiser.

A cruiser is a bike you plod along on, anything too fast and you’ll not be able to check out your reflection in Wilko's shop window.

Yamaha beat ‘Ducaudi’ to creating a bike that had more untapped muscle than a room full of ladyboys.

The V-Max, Yamaha took the bulky 1200cc  V4 engine from the Yamaha Venture tourer and added the V boost set up, basically a butterfly valve buried in the intake side of the inlet valves, the styling was very much that of a hot rod sickle, a shaft drive was slung on to get the quoted 145BHP to the balloon inspired 15 inch rear tyre.

V-Maxes don’t age well, many get modified, often not for the better.

This example hasn’t been got at too much over the last 24 years. The carbon wrap to the minimal bodywork might not be everyones cup of PG, but it’s easily rectified. The noisy pipes could be annoying, hopefully the seller might have the stock ones to chuck in? The seller assures us it’s a full power model, there are some restricted Maxes out there, always double check for yourself.

The starting price hides a reserve, if you want a tidy V-Max you’ll have to bid against yourself to trigger where the reserve sits.

Yamaha gave the Max a few nips and tucks over the years, but basically the 1200cc model remained the same under the skin. It eventually got a complete rework by Yamaha but the new version doesn’t hold the same charm of the original, another reason why the original is best in my book. 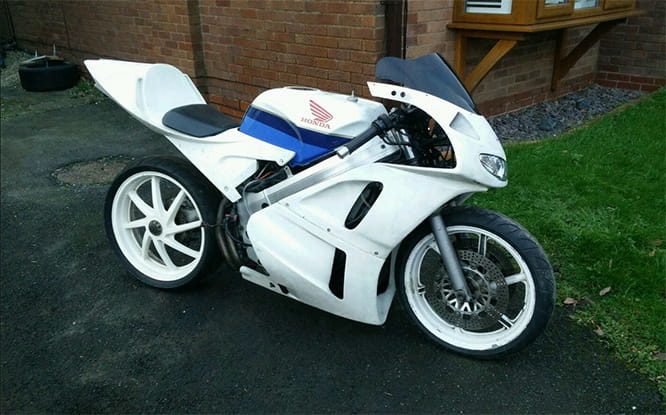 We all love a project, my first impressions are that under the skin of this ugly duckling could be a decent bike waiting to get out.

A quick scan of the details shows this NC30 is in need of a shed load of TLC. It’s woes are much more than skin deep, there’s two engines with the bike, and both have their own issues. On the the plus side if it requires a fresh motor they can picked up secondhand for not a lot of coin.

The bike was last used in 2004, and the seller makes it quite clear that the V4 Honda will need much attention before it can be fully enjoyed.

The aftermarket Tyga bodywork isn’t an improvement over the original fibreglass that the Honda was born with, the seller mentions that he’s got the standard panel work to chuck in with the deal.

These little 400s are still popular bikes, the low seat height is perfect for those who are short in the leg, and the pocket rocket performance is perfect for track day heroes. I am not a clairvoyant but I do think that they’ll be plenty of interest in this project bike.