In this week's instalment of 'The Good, The Bad and The Ugly', our bike breaker and eBaying expert Scott Redmond has been searching the web to find a range of emerging classics that all have one thing in common, they've all had just one owner from new. Over to you, Mr Redmond... 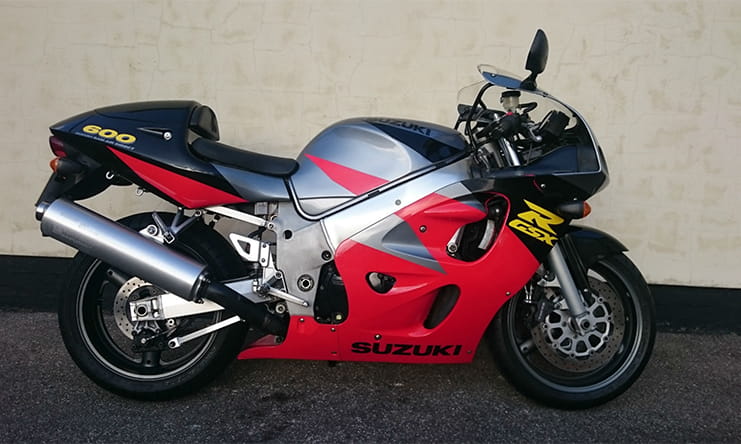 At some point we’ve all owned a 600, or if you haven’t you should add one to your biking CV. The 600 class these days isn’t overly active other than Yamaha giving us a new R6 for 2017. The other manufacturers have, for one reason or another, concentrated their efforts on other classes within their line ups. This wasn’t always the case, the 90s was a boom time for the sports 600.

Suzuki were late to the party but their GSX-R600 was a stunner. It looked identical to their GSX-R750 SRAD at first glance, only when you studied the spec sheets, you realised it had a skinnier rear wheel and less pistons in the front brake calipers. The most obvious visual difference was that the 600 came with conventional forks, unlike the upside down danglies on its bigger bruv.

This example is a stunner. Other than some braided brake lines, it’s 100 per cent original. It’s still sporting its standard silencer which was always the first thing to get dumped.

This bike will be 20 years old next year, it’s a quiet classic, one of those bikes that isn’t yet a fully paid up member of motorcycling's hall of fame, but in time it’ll make those of a certain age go weak at the knees. At £2,695 it’s sensibly priced too, which backs up my point perfectly. 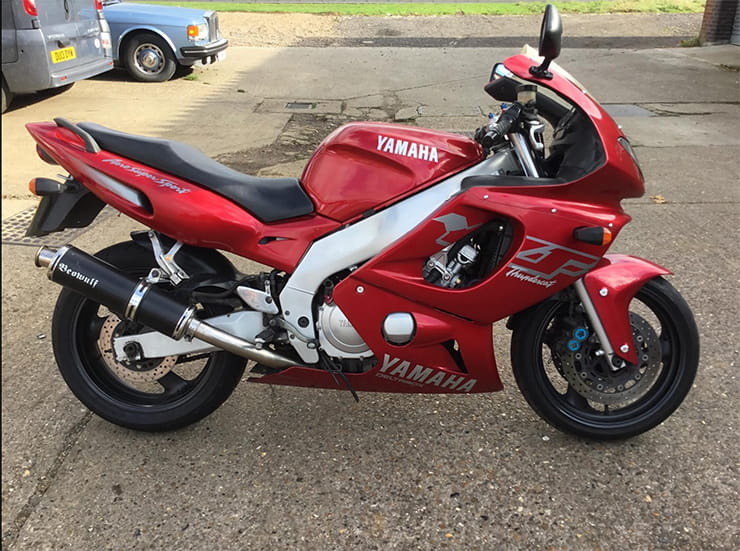 Everything that’s to be celebrated about the GSX-R600 is missing from the Yamaha Thundercat. If you wanted a balls out sports 600, Yamaha had the R6 waiting with your name on it. The Thundercat was the Captain Sensible answer and on that front it was a winner. Its looks weren’t its strongest point and 15 years later, this 2001 model doesn’t give you the urge to rehome it. Under that bodywork lurked what was basically a reworked FZR600R. The frame and engine are pretty much the same. The build quality of these bikes can be a weak spot too. Despite looking like an alloy frame, it’s actually trusty old steel that’s at the heart of its construction. This bike isn’t pristine. Despite being a one owner bike, it’s carrying a few cosmetic wounds, nothing too sinister though for a bike of its age. The non standard silencer isn’t everyone's cup of splosh but maybe the owner is still in possession of the original exhaust can? At £1,499 it’s not overly expensive and if you fancy a Thundercat it’s well worth a look. 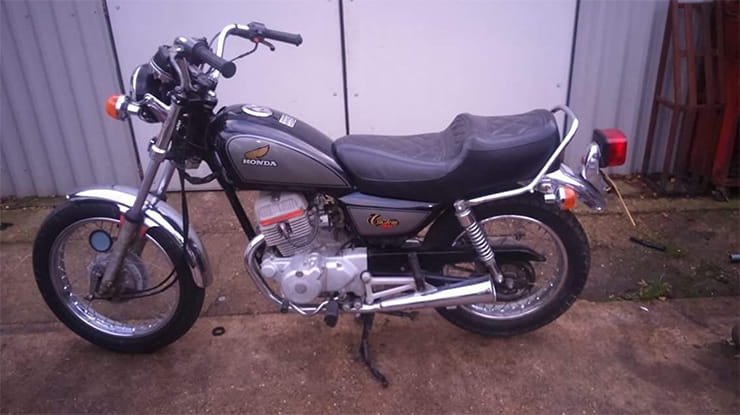 For lots of us our motorcycling journey started on a 125cc machine. Most of those sporty 125s from the past have long since been offered to the God of Speed. Like the tortoise and the hare, there was another way to learn your road craft whilst wearing an L plate. The Honda CM125 was one these alternative steeds.

It’s pretty much a forgotten model from the 80s and possibly rightly so. The twin cylinder 125 offered many big bike features and it even had electric start. Being a Honda it was a rufty tufty bike and this rarity is testament to this. This example was born in 1983 and other than some surface corrosion on the wheel hubs, it’s in amazing time warp condition. I can’t help wishing that it was a MBX125F or NS125F but if it was, it wouldn’t be up for a reasonable £1,500. You could probably double that if it was a one owner sports 125 from the 80s.