Here is this week's selection - the budget sports tourer: 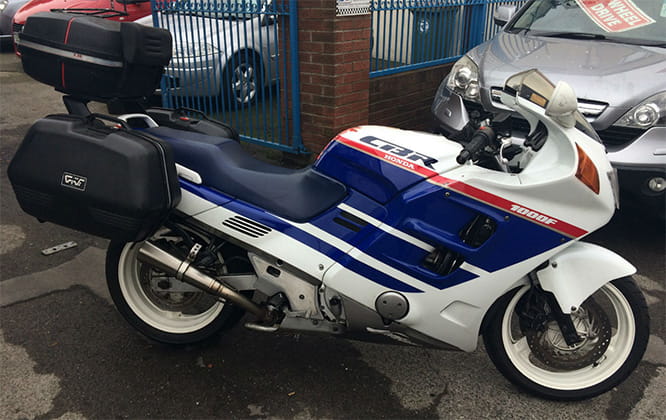 With the eighties drawing to a close Honda took their original CBR1000F from 1987 and made it better.  The FH version from 1987 wasn’t a bad bike, it looked a bit odd though to those who liked their motorcycles not to look like jelly moulds.

The FK was more than a polished version of what had gone before it. It was like Honda had read the road tests of the earlier incarnation and responded to it like constructive criticism.

These bikes are solid and what they lack in kerb appeal they more than make up for with comfort, power and a quality finish.

This bike might have covered 55,000 miles and you may be reading this thinking blimey that’s a lot of leg, well it is but it isn’t. Truth is it’s barely run in. With servicing intervals hit these things will go on forever. There’s plenty of 100,000 plus mile examples out there, so this bike is actually a low mileage example!

It’s no wonder owners rack up impressive mileages as the Honda CBR1000F is one of the comfiest bikes you could imagine riding, be that solo or with a pillion.  All this and a complete luggage set up for only £1,695. 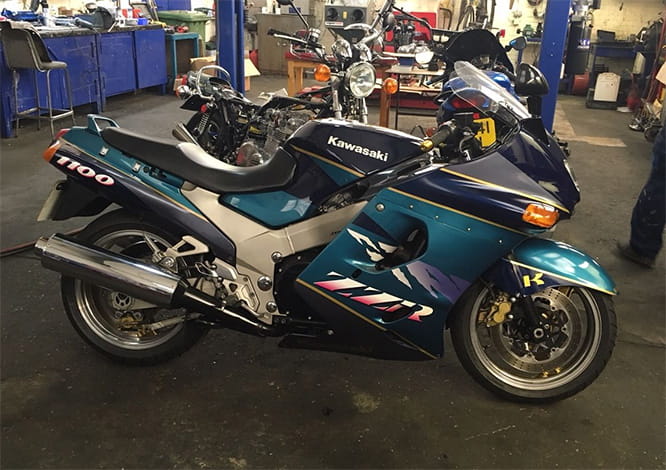 For years the ZZR1100 was the fastest production bike in the world, with a top whack over 170mph it ruled. Those very people who got excited about that fact are middle-aged like me and suddenly we’re more excited about the MPG than the MPH.

The Kawasaki had it all going for it, and the D series ZZR1100 had a better chassis and better looks than the original C series ZZR Elevs it replaced. The engine wasn’t all good news as reliability can be an issue, not minor things though. When the ZZR poops itself it does it in style. A common demise for a ZZR1100 is for the con rod to off the crankshaft and say hello via an entrance out of the crankcases. This can often happen without any prior warning, not good. Another weak spot is the gearbox, with bikes that jump out of gear under acceleration, which is an engine out job to remedy. The Kawasaki finish isn’t that great. Bikes that get used all year around will fester before your eyes. Everything from wheel rims, chassis paint and shock absorbers all struggle to withstand Mother Nature.

The fastest bike in the world title is now very pointless. Maybe in time us middle-aged blokes might wake up and find our rose tinted specs, but that day still feels a while off. This is probably one of the best examples currently for sale, with less than 20,000 miles and  backed up with service history etc. Starting price is £2,000 but remember it takes two people to make an auction and someone could get a genuine bargain. 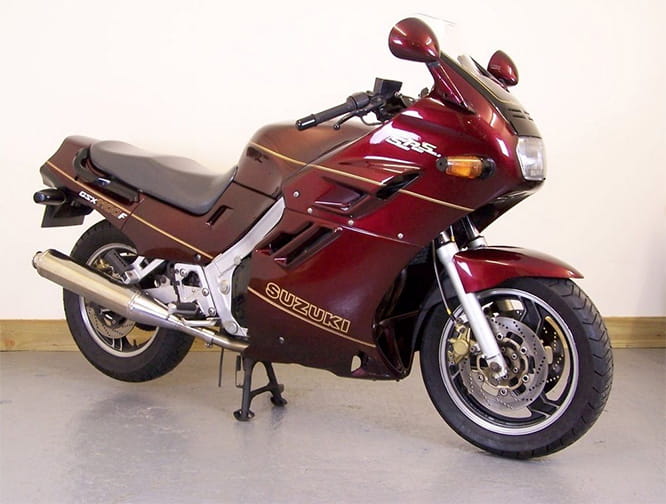 The cherry on this cake is the engine. Suzuki took the 1127cc GSX-R engine and built an intergalactic tourer. The engine sadly is buried behind acres of plastic and the good news about this model kind of ends here.

The eighties saw manufacturers flirt with different size wheels. Suzuki had entered the decade with 19 inch wagon wheels up front on their GSX1100ET, which dropped to 18 inch on the GSX-R1100H and a further inch was shed by the time the GSX-R1100K arrived in 1989. This model used a 16 inch wheel, not just at the front but also at the rear. Handling wise, it wasn’t as shocking as it sounded, but all these years later tyre choice can be interesting.

The biggest talking point though is the electric screen, a great idea that most other manufacturers have avoided to follow, funny that! The screen gives this bike its nickname, the Powerscreen. The model never got a makeover, it quietly vanished from the Suzuki range, and also from most motorcyclists memories. At £1,495 this must be the cheapest way to get a big tourer in your garage, just budget wisely for tyres.

Got your eye on any of the above? Let us know if you buy.  or