Pick of the Ads Good, Bad and Ugly - 90's Superbikes

Rounding out the working week is Scott Redmond's regular slot that features The Good, Bad and The Ugly bikes on offer today.

Today's Good, Bad and Ugly focuses on 90's era superbikes. These are the bikes that in their day broke the mould and the record books when they hit the showrooms. Most wouldn't stand a chance against todays crop of 200+bhp hyperbikes, but for some, that's part of the charm. 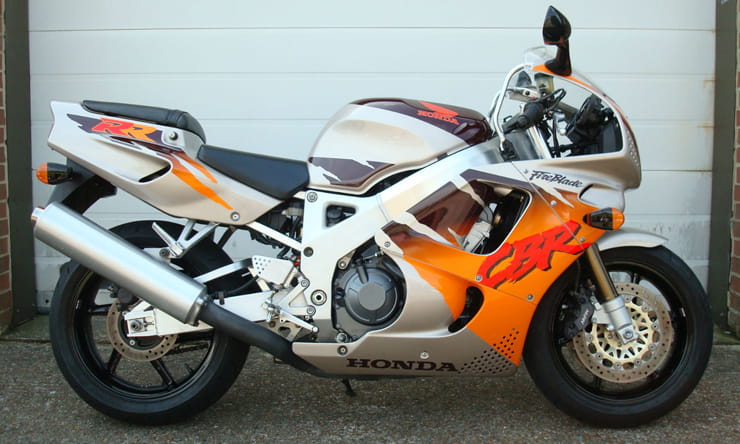 The term 'modern classic' is one that’s trotted out on an all too regular basis, some bikes it gets associated with are never really going to bloom in to true iconic motorcycles, thankfully the Urban Tiger Fireblade isn’t one of these pretenders.

From day one in 1994 there was something special about its fifty shades of beige paint job. Whoever came up with the Urban Tiger name deserves a pat on the back, it adds another dollop of coolness to this Honda. Beauty can at times be skin deep, in 1994 the Fireblade could back up its promises, the attention to detail on these early 900 models was miles ahead of the opposition. Who else could make drilling holes in the fairing panels look so damn cool? Despite it’s popularity the colours were only available for a year or so. Fast forward twenty three years and finding an Urban Tiger in any condition is a real challenge, it’s only going to get tougher. This bike is probably one of the best examples left, it’s without doubt the finest Urban Tiger that’s currently for sale.

A closer look at the advert reveals it’s an import model, back in the day many stack them high and sell them cheap parallel import dealers sourced their stock from abroad, not all of these bikes matched UK spec machines, the most obvious difference would be a KMH speedo and a headlight that dipped the wrong way. Bigger issues were bikes that had power caps to meet the market they were intended for. Only an enquiry to the dealer will arm you with where the bike was first registered. Make that call! 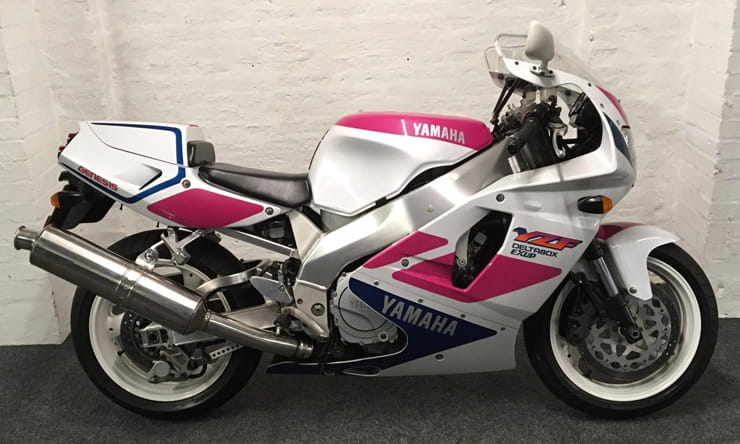 The YZF750 was a great bike, sadly for Yamaha it arrived after Honda had launched their Fireblade in 1992.

It did though shake the 750 class up, it also came in an SP offering, these bikes had better suspension, a close ratio gearbox more suited for race tracks and a single seat unit. For the road a well sorted stock YZF is probably the better option. They are also more readily available. There’s something about those early pink and white bikes, they just look spot on. Later models came in some right shocking colour options, Yamaha called them the cocktail colours, which gives you a clue to how many shades were mixed. These early pinky bikes are fast becoming the ones that command a premium. Priced at a smidgen under £4,000 this YZF isn’t cheap, but it will strike a chord with us forty somethings.

A nose at the listing informs us that this bike comes with its seat cowl and is all stock, exactly how you’d like to find one. It’s also been magazine featured, which usually helps to talk up prices. 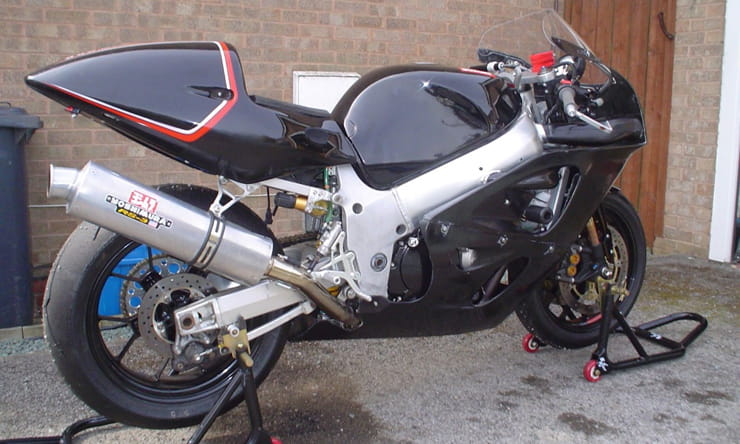 Race bikes are built to do a job, go fast and win races. This SRAD is a total one off, it’s got a thug like quality to it that isn’t a bad thing. There’s not too much of a GSX-R750 SRAD left on this bike, even the frame is from a GSX-R600 model! It was built for the Bemsee Thunderbikes race series, a class that runs on a power to weight ratio format.

The dyno shows that it’s spitting out 117bhp through that ex Aprilia OZ rear wheel. Building any special whether road or race can quickly turn into a money pit, this bike swallowed up around £6,000 to build. The asking price is now below half of that. A quick tally up reveals you could possibly break this bike for more than the asking price. That would be a shame, if you’re after a track bike or track day weapon with an edge this GSX-R Thug looks a pretty good option.