For today's Good Bad and Ugly Scott has his crowbar in hand and is ready to peel back the plywood and pull off the protective sheets - he's on the look out for unregistered classics. Some bikes get bought, thrashed, crashed and scrapped. Some spend many happy years going from owner to owner bringing joy to people on a daily basis. There is also a trend for people to buy up bikes and leave them, just where they are.

I can't understand it myself, it really seems no fun...

Anyway, over to you Scottie! 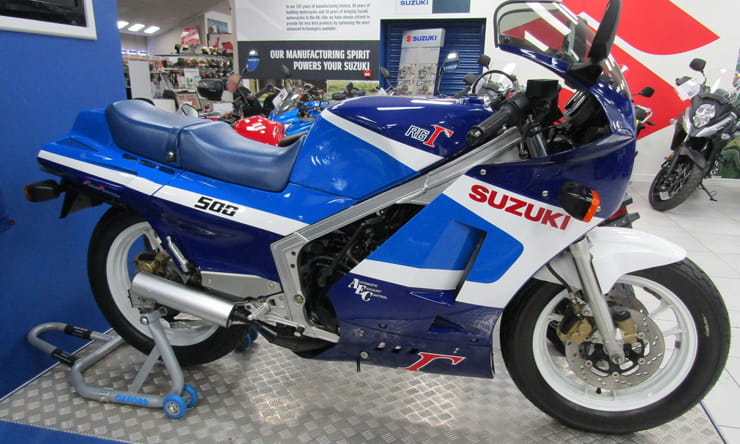 Prices for old two strokes have risen at an alarming rate over the last decade, that’s only going to continue, so get used to it. Those of you who already have one or two tucked away will fall in to two categories,  those who ride them and those who hide them. There’s arguments for both camps, but that’s another feature in its own right. A decent used RG500 is a rare thing, trying to buy one is not an easy task. Over the years they’ve been crashed, raced, stolen and many have have been broken for parts. The bikes that remain are still under threat, many special builders will pay large amounts of money for that square four motor, they end up in all sorts of chassis kits and each one is another RG500 struck off the list. The RG500 is an endangered species, if this model was an animal people would be chaining themselves to the gates of Wheels Motorcycles to make sure that this bike goes to a good home. There can’t be too many new and unregistered RG500s left on the planet, even rarer is one for sale! With a price ticket of  £29,995 stuck on its rectangular headlight, the internet lit up, a mix of comments that befit living in a democracy. Those owners of RG500s will hope it achieves the sticker price which won’t do their bikes value any harm. This bike hasn’t ever been run, nor seen fuel etc. It is a true piece of Japanese motorcycling history, it’s a one off and therefore how do you price it? I personally think it’s worth every penny and hope that it finds its forever home with someone who appreciates the uniqueness of this opportunity.

There’s a 400cc version of the Gamma, they are less sought after. 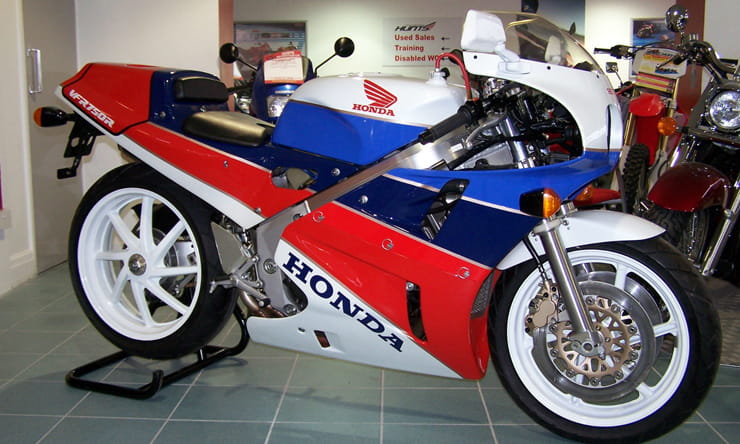 This RC30 is brand new, but unlike the new RG500 Gamma this Honda isn’t alone. There are currently two new RC30s up for grabs on the internet, that’s not good news for either seller. With an asking price of £59,995 it’s all a bit irrelevant to mere mortals like me anyway. The benchmark is always set by the last bike that gets sold, the last RC30 that I know off sold for £25,000. That was for a UK bike that had a received a sympathetic restoration and a refresh of certain parts. It was only on the market for a few weeks and was purchased by a guy who really wanted it. Used RC30s rarely arrive to market, when they do they’re often offered by shops. Prices for these delicious V4 machines will continue to rise, but at £59,995 that’s steeper than the first gear on a RC30. 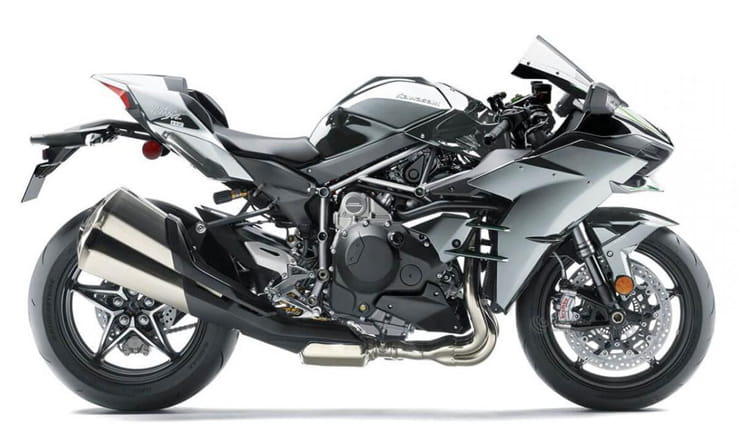 You can buy tomorrow’s classic bikes today, you just need to know where to look. This is the baddest street bike on the planet. The Kawasaki H2 is an instant classic, we just haven’t sussed that out yet. In these days of Euro 4 and other performance draining legislation it’s good to know that there’s a supercharged super bike sitting down at your local Kawasaki dealer. I’ve seen three out of captivity this summer, each time I can’t resist going over to circle them and admire the bike from all angles. Bikes like the H2 look so much better away from the bright lights of the showroom. If you’ve ever seen one out and about prowling along a road you’ll know what I mean. There’s been talk of other manufacturers creating their own supercharged offerings, we live in hope of that. If, in a few years time there’s a variety of supercharged super bikes on the market, that won’t do these H2 models any harm. In time it will be the one that we’ll all talk about. I’m not a gambling man but if I was, I’d take that punt.

This is the first Kawasaki to use a single sided swing arm.