This weeks 'Two Grand Tuesday' has seen Scott Redmond on the look out for two and four cylinder 400cc bikes for less than £2000. One good, one very very bad, and one ugly!

Over to You Mr Redmond... 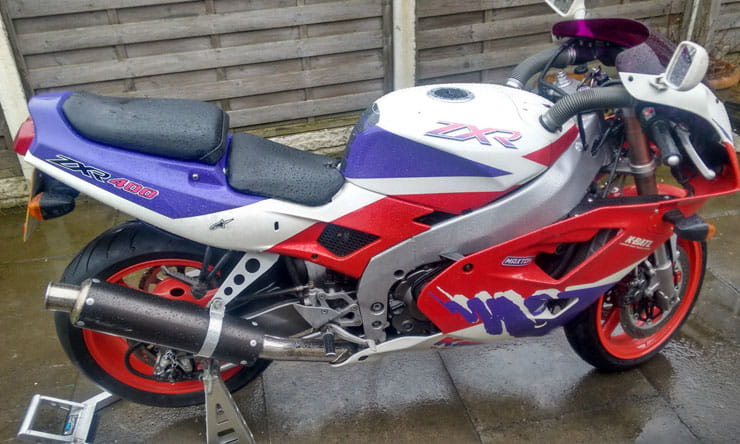 There was no shortage of sporty 400 machines back in the 80s and 90s, many were destined for other markets but there were a few that came to the UK officially. The Kawasaki ZXR400L was probably the biggest selling example. Adding to the models charm is the fact other than a few different paint jobs it remained pretty much unchanged year on year. That’s probably because Kawasaki got the recipe right. The chassis sported all of the trendy weapons from its day, things like fat three spoke wheels, beefy brakes and upside down forks. The engine wasn’t bad either, it responded well to tuning and even now there’s various classes where the ZXR400 can still be raced.

Prices for certain 400s have rocketed, minty NC30s and NC35s can top £5,000 if the wind is blowing in the right direction. The ZXR400 remains plentiful so that helps keep prices down. There’s also loads of spares out there for sale, both new and used. It was a decent buy in its day and still worth considering these days. This one isn’t mint but it looks honest, with an asking price of £1,695 you won’t have to dig too deep to take it home.

There was an earlier ZXR400 model, it was called the H and looked like a mini ZXR750H1. 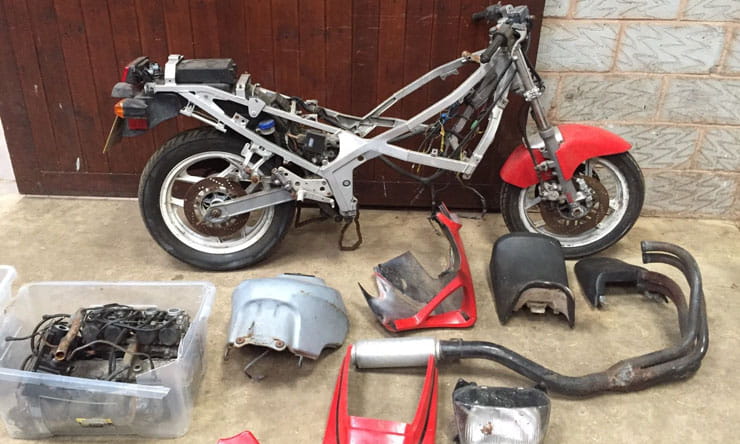 Taking on any motorcycle project requires an emotional connection, how else will you keep going when things get tough. The GPZ600R kick started the sports 600 class, it was the future for a little while during the 80s. Honda sat and watched and then did it properly with the impressive CBR600FH, the rest is history. Back in Japan they got a 400cc version of our GPZ600R and over the years quite a few have made their way to us in the UK. If you really want one they can be found, they are pretty cheap but so is the GPZ600R. It makes you wonder why you’d want to tackle a project one? This one is in real kit form, at £295 its only pocket money you’d be spending but you’d be amazed how deep you’d need your pockets to be to get it ship shape and roadworthy. This one is very much more a spares rather than repairs offering. 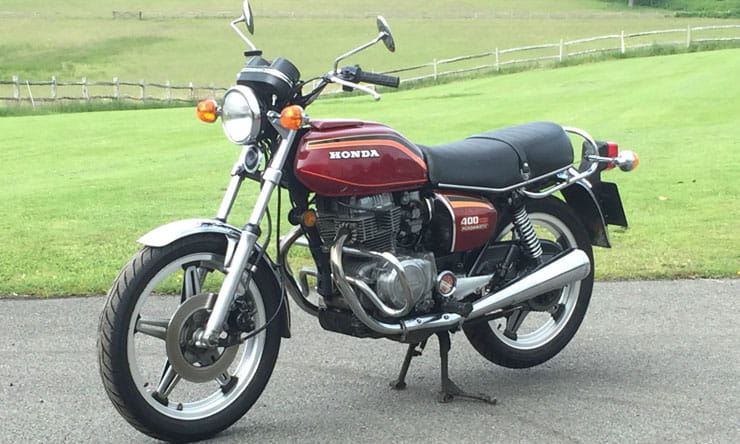 Not all 400s are pocket rockets that come with high revving multi cylinder engines, some are dead sensible, this one is the pinnacle of that design brief.

Honda sold boat loads of 400 twins in the 70s and 80s, the Super Dream range saw the most action in the showroom. Pre Super Dream 400s looked like this, affectionately nicknamed the peanut tank, I’ll let you work out why!

Honda decided that the CB400 would be the perfect bike to offer in an automatic version, they had already given the world a 750 version. The world wasn’t ready for it, despite the result being ok to ride. This one is now 35 years old, it looks like it’s in lovely condition, it’s not been in the UK that long and started life in America which explains why it’s in such fine fettle. At £1,850 it isn’t cheap, it is very different though.

The Comstar wheels look like they should come apart to aid cleaning etc, sadly they don’t!