In this week's instalment of 'The Good, The Bad and The Ugly' Scott has been searching the web to see what turbocharged bikes are lurking out there for sale in internetland. 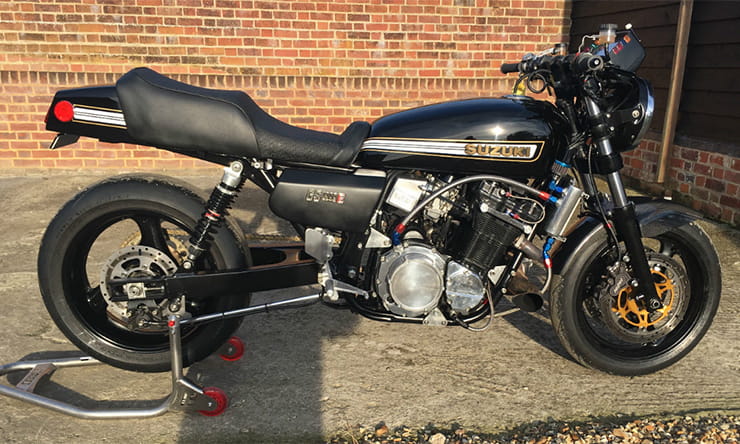 There was a time in the Eighties when all four Japanese manufacturers had a turbo charged bike in their range, though this isn’t one of them. The Suzuki GS1000 is a forgotten icon of the Seventies and it’s only recently that people have started to appreciate the eight valve muscle bike and restore them to original condition with TLC.

This bike is as far from standard that you can get. The air cooled engine is long gone, the original forks, wheels and suspension have all been updated. It’s also had major heart surgery and a pacemaker fitted for the fun of it. The engine started off in a GSX-R or maybe a Bandit 1200? It doesn’t matter as it’s been hung, drawn and quartered so much that not much of its original internals remain. It’s cc is now 1216, thanks to a big bore using Hayabusa pistons. The rest of the engine has had lots of cash thrown at it. The cylinder head is ported, camshafts reground and lots of other mods. The biggest addition to the hike in power comes from a turbo charger.

The result is a bike that will do the standing quarter mile in 10 seconds with a terminal speed of around 150mph. The seller claims that there are faster times and higher quarters to be achieved from the 200 bhp that’s on tap, and with some tinkering there’s potentially 280bhp to be had. The GS1000 looks are just as tough as the performance stats and unlike some projects it’s had money spent on detailing and a proper paint job. The £10,500 asking price might sound rich, but it’s a fraction of what this bike would cost to build, so in fact it’s actually a bit of a bargain.

The GS1000S is the rarest of all GS1000 models. It had a huge bikini fairing and the instrument panel included a clock.

Many GS1000 models have been broken for parts. Recently there was a high demand for engines thanks to the XR69 replicas being built by Trident Engineering. 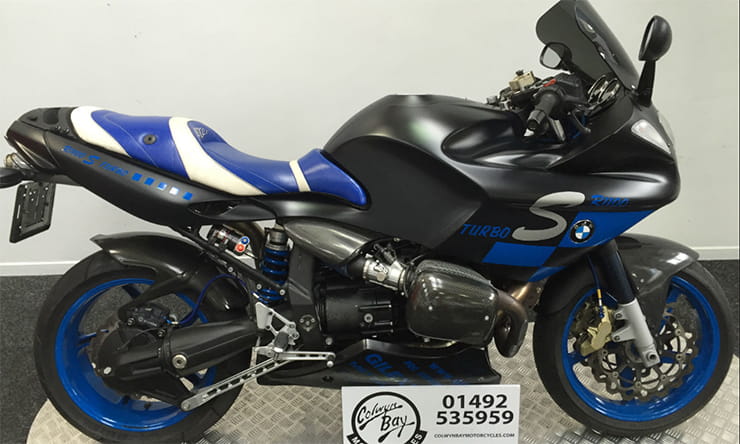 Think of turbo bikes and you probably won’t conjure up an image of a BMW Boxer twin?

That’s probably not an accidental occurrence. This BMW started life as a racer in the Boxer Cup series in Belgium. After its race career was over someone decided it would be a good idea to lob a turbo charger on it. Was that a moment of genius or madness? I’ll let you decide on that.

There are no power figures quoted for the charged 1085cc twin engine, so I’m guessing it’s not too much of a leap forward. The quirky looking R1100S model also got a few other modifications along the way. The wheels are claimed to be from a Honda NSR500 GP bike and there’s some Brembo calipers from a Fireblade up front. Decorating the BMW are various carbon fibre trinkets. The carbon rocker covers are a cute touch.

There was a proper track spec R1100S made by BMW, called the HP2.

The R1100S was the first BMW to use clip on handlebars. 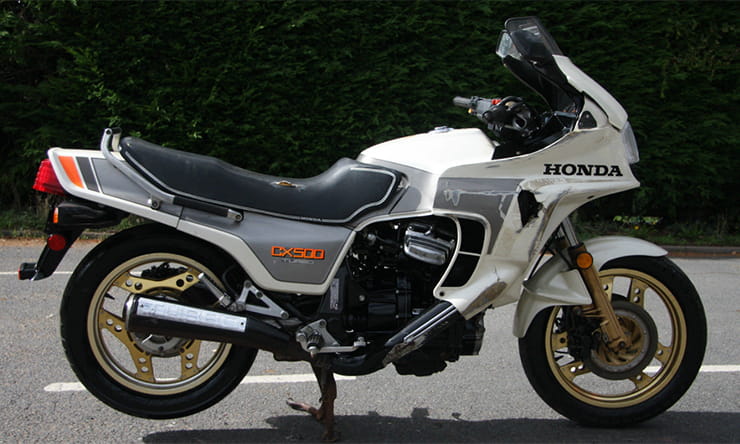 Of all the factory turbo bikes of the Eighties, there couldn’t have been a stranger choice for a bike to be hotted up than Honda's 'Plastic Maggot'. Kawasaki used their GPz750 as their base, Suzuki reworked a GS650 and Yamaha dug out an XJ-based bike to stick a turbo charger on. Honda had no shortage of models back in 1981 that they could’ve indulged with a charger, but instead of showboating with a CBX1000 six cylinder or a CB900F superbike, they chose the humble CX500. The laughing stopped when their punt paid off and the CX500 Turbo was actually a well built bike that was ok to ride. They never sold in any large numbers. Motorcyclists can often be wary of charging in to purchase new technology. This bike arrived in the UK from the USA, a neat fact is it’s the 400th CX500 Turbo that was built.

On the downside, it’s had a moment. There’s some heavy scuffs to the bodywork on the right hand side, the rest of the bike appears to be in a useable condition. The thought of a CX500 Turbo project bike sounds quite daunting, factor in its age and rarity and the thought of finding parts could be a difficult one.

There is a silver lining. Thanks to the internet there’s a close knit community of owners who are all too happy to share their knowledge via social media and forums. At £3,750 it’s a fair chunk of money for an unregistered bike that’s going to need fixing up. If this is your dream machine you might be better looking for a pampered example that’s looking for a new home?

Over 200 patents were registered relating to the turbo system on the CX.

Honda displayed a version of the CX500 Turbo at the 1980 Cologne motorcycle show, this was two years before production.