Triumph unveiled it's new Street Triple in a blaze of publicity this week, but what if you fancy a rarer kind of three cylinder motorcycle in your garage? Our Scott has been looking at what's out there in the second hand market and today brings a trio of triple alternatives for our delectation... 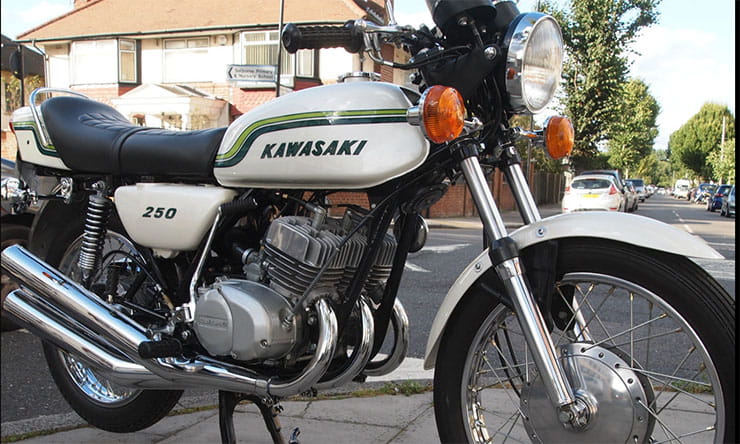 Kawasaki churned out plenty of three-cylinder two strokes during the Seventies. The bigger bikes stole the headlines but the quarter litre offerings stole many more hearts. The KH250 was a first bike for many, in those distant days when you could slap an L plate on your 250 and head off in to the sunset. Prices for the 250 triples that remain have shot up thanks to those baby boomers wanting to regain a piece of their youth. The rarest 250 predates the KH prefix that adorned the later bikes.

This bike was pretty rare in its day, with records indicating around only 300 bikes came to UK back in the early Seventies. It’s anyone's guess on how many survive over four decades later? Not many would be my guess. This makes this machine even more desirable. It’s had a total restoration back to factory spec, it looks fantastic and there’s very little chance of ever running in to another one. It’s only had fourowners since new, so if you want to be the fifth then you’re going to need just under £13,000 to take it home. This is possibly the dearest 250cc machine on the market, but I can see it’s worth. Can you?

The middle plug is prone to fouling, mostly due to its poor location and heat created by the two outer pots.

Allen Millyard creates amazing one off creations with Kawasaki triple engines. He grafts extra barrels to his one off crank cases. 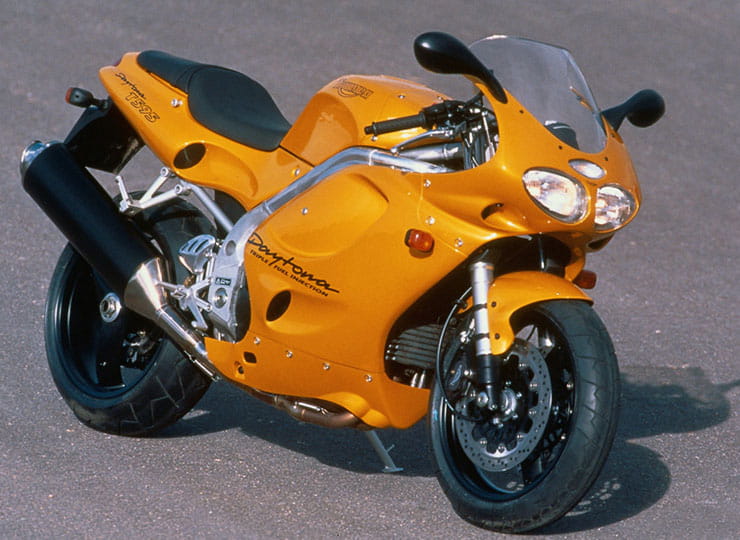 Triumph are masters of PR. Over the years they’ve whipped the media and bike buying bike up in to a frenzy and created an appetite for bikes they hadn’t even launched yet. The 2017 Bobber is great example of this. The Daytona 675 was another shining example but the first time they ever pulled it off was with the T595 Daytona. It was billed to be a class act, a threat to the mighty FireBlade and even the desirable 916. In reality it was neither of these things, but that hype lead to deposits for the then new triple to trade hands at a premium. The T595 quickly became the 955i Daytona, mostly because people thought it was ‘only’ a 600.

Time hasn’t been too kind to the T595. There’s no real following for these pioneering machines. That is a positive though, if you want to buy one? They are a bargain basement buy still, this one is up for £1,995 at a dealers, which kind of proves my point.

Spondon designed the frame but the bad news is that early bikes all had to have a frame change due to cracks appearing.

The T509 Speed Triple is basically an undressed T595. 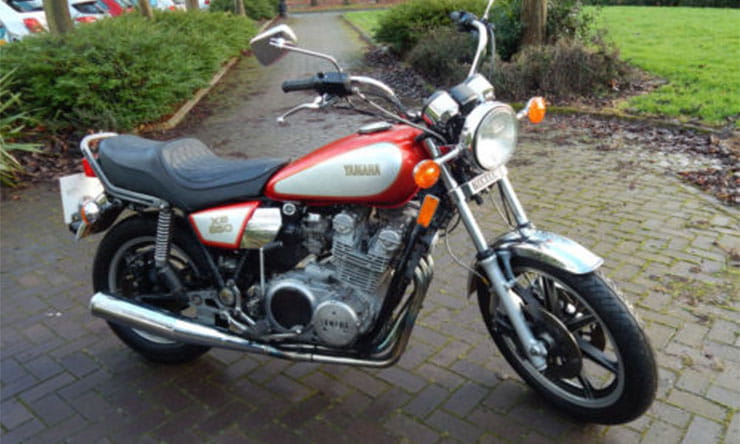 For years manufacturers have created custom bikes, some get it right but more often then not they get it a little bit wrong. The Eighties was a prime time for this, especially from Japanese firms.

This XS850 triple is up at £2499 and highlights the point that I’m trying to make. Other than some mismatched wheel sizes and funky bodywork, it’s pretty much a stock XS850 lurking under that skin. The XS750 that proceeded the 850 version was one of the first big four strokes from Yamaha back in the Seventies. When lined up with a Triumph Trident from the same era, you could easily see why the British bike industry was in the manure. The looks of this bike don’t make me want to own it, which is a shame as I've got a bit of a soft spot for standard XS850s.

The XS750 and 850 came with a shaft drive, pointing out its touring credentials.

The gearbox and transfer box was a weak spot in the transmission, always check that they are free from issues.