For Two Grand Tuesday this week, our man Scott Redmond has been trawling the online auctions to bring you three bikes built for the track, The Good, The Bad and The Ugly...

The full enjoyment of a 200bhp hyper-bike's potential, on the road at least, is difficult to achieve. Police vans loiter with intent and the ever increasing number of car drivers who text and tweet on the go, make such on road activities both hazardous and expensive. For this reason track days are becoming an extremely popular activity for people from all walks of life, ages and genders. And should you be one of the people who thought that such hobbies were simply too expensive, read on. 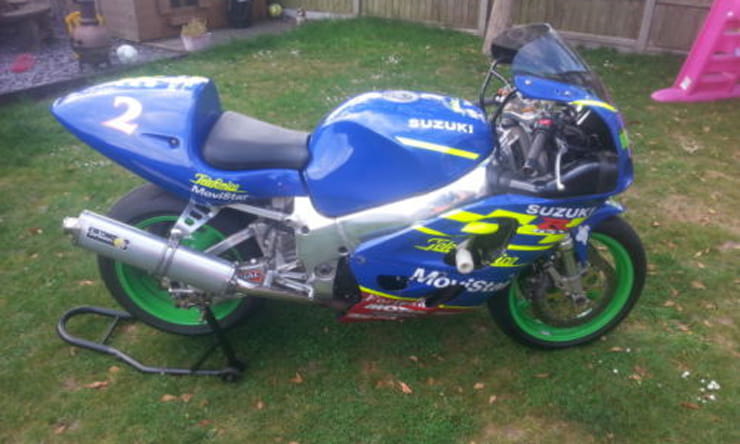 Suzuki have stayed loyal to the sports 750 class since they built their first GSX-R750 back in 1985, that’s over 30 years worth of GSX-Rs to choose from. Those early models are now sought after classics, anything post the year 2000 falls outside of our two thousand pound budget. This leaves us with the SRAD models to satisfy our two grand GSX-R itch. The first SRAD 750 was a game changer for Suzuki, it’s spar frame was the most obvious step away from those models that went before it. Within a few years the carbs made way for fuel injection which is what we’re looking at here. The rest of the bike was pretty much unchanged. For only £1,500 you can have this track ready bike that also comes with a rake of spares. It’s a ready made track day bike and although it might not be the sharpest tool on a track day it would be one of the cheapest ways to get you out there.

The GSX-R750 SRAD was based on the geometry of the Suzuki RGV500. 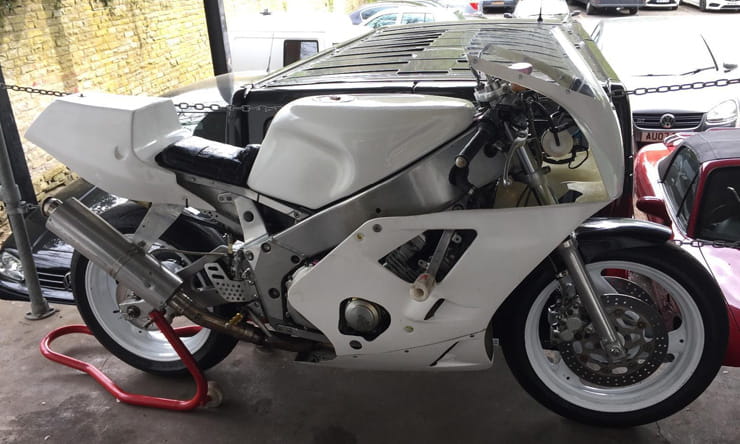 There’s still plenty of love around for 400cc bikes, on the road they can still offer you a cheap way into motorcycling, it’s also the same for track day addicts. The thing with an addiction is it quickly consumes you, drains you of cash and leaves you wanting more. The initial buzz that a 400 track day bike can offer could quickly wear off, which either means you need to sell and trade up or you end up throwing money at your bike in search for more go. I know which option is the most sensible. This FZR400 looks well sorted, it’s had lots of work carried out recently and it’s dripping in new parts. The downside is that the seller is flogging the spares off separately.

The FZR600 engine fits the FZR400 without too much hassle, it’s a fairly cheap conversion too. 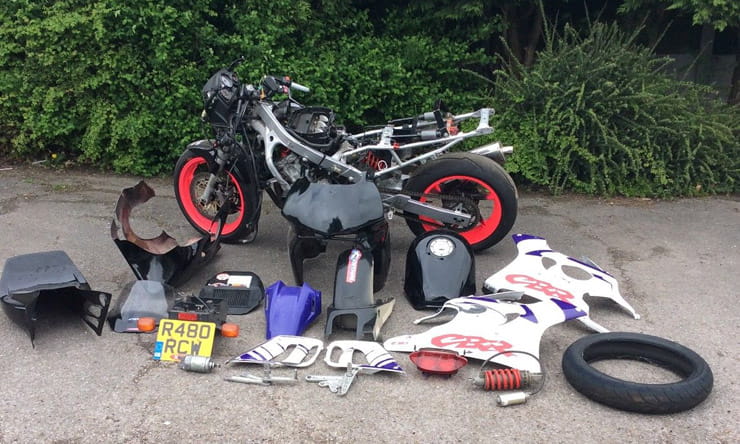 The CBR600 steelie makes a brilliant track day bike. There’s plenty of them still about and finding one that’s track ready is pretty straight forward. Many are still raced in various race classes and it’s only a matter of time before prices for these popular bikes will increase. Until then they can be had for not only less than two grand, but often below a grand. For that money it won’t be too pretty though, this one we’ve found is only £875! That’s plenty of fun for your buck.

The later FV and FW got better suspension, it can be fitted to earlier FM onwards models.