It's Tuesday and that can only mean one thing, our man Scott Redmond has been trawling the online auctions to bring you three bikes for his bi-weekly The Good, The Bad and The Ugly...

This weeks Two Grand Tuesday has had Scott on the hunt for three sporty 600cc choices for less than £2000. Sports 600s offer scalpel-sharp handling and massive smiles per mile but will the £2000 limit mean they will have lost any of that sparkle? 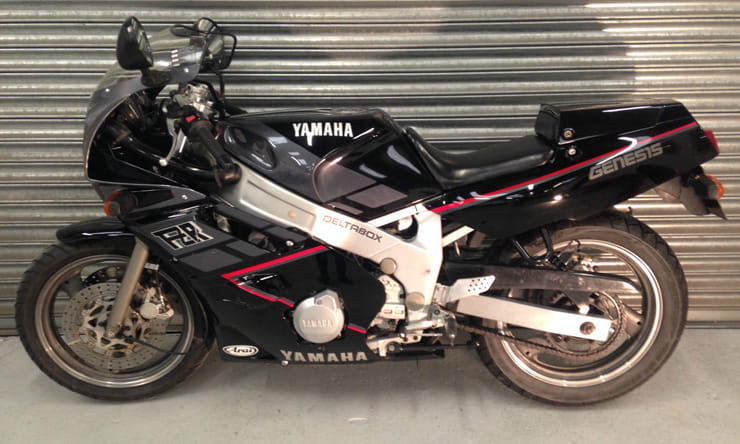 There was a time when the 600 market was where it was at if you wanted a sports bike. Over the years one by one they’ve vanished from the ranges, the CBR600 dropped out of the range last year after thirty years of model development. Yamaha will still take your hard earned money in exchange for a new R6, without this bike there might have been no R6 in the first place.

The FZR600 was the headbangers choice when it arrived in 1989, it had all of the right ingredients for those stepping off their Yamaha two strokes. The engine thrived on revs making it a bike you had to engage with to get the best out of it. The looks were taken from the FZR1000 and confirmed the nature of this product, it was designed to be a head down and bum up street racer. The chassis wasn’t quite so polished as the Suzuka inspired looks suggested.

The Deltabox frame was infact steel that was painted to look like an alloy item, it wasn’t all bad though because it made it easier to pull straight after an accident. This FZR600 ticks a couple of boxes, it’s a genuine emerging classic and even better it’s asking price is only £1,695. If you ride alone ( have you seen that pillion pad), can’t stretch to buying an 80s two stroke and want to buy a bike that’s heaped with coolness you needn’t look any further.

The first model had twin pot calipers, they were replaced by four pot stoppers on the next shipment.

Bodywork is hard to find, each fairing side is one large panel. 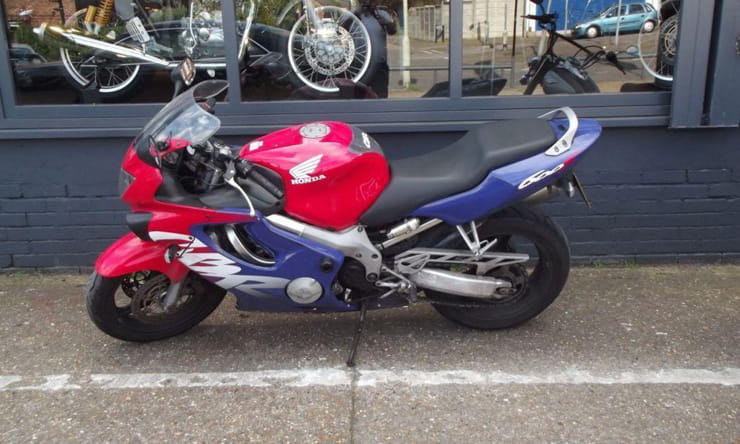 Honda ruled the 600 class from the minute that they released the CBR600FH in 1986, there were various model updates that kept them on top in the sales charts. Nothing lasts forever though and Honda retired their trusty steelie models and went all modern with the CBR600FX. Although it wasn’t a total bomb on the showroom floor, it failed to emulate the success of the outgoing models despite Honda doing their best to create a new bike that would appeal to owners of the older models, they even fitted a centre stand to lure the punters in. The new model had an all important alloy frame but it wasn’t enough to beat the Yamaha R6 and Suzuki GSX-R600.

This means all these years later that there are bargains to be had. This example is an unwanted part exchange, a combination of worn out consumables and its age mean it’s not viable for the shop to chuck money at it. If you’re handy with the spanners these kind of sales can deliver you with a real bargain bike. Flicking through the other CBR600s for sale confirms that this a decent buy, with many older CBR600s on the market for a good few hundred quid more.

The FX model had the HISS ignition system fitted, always get the master key. 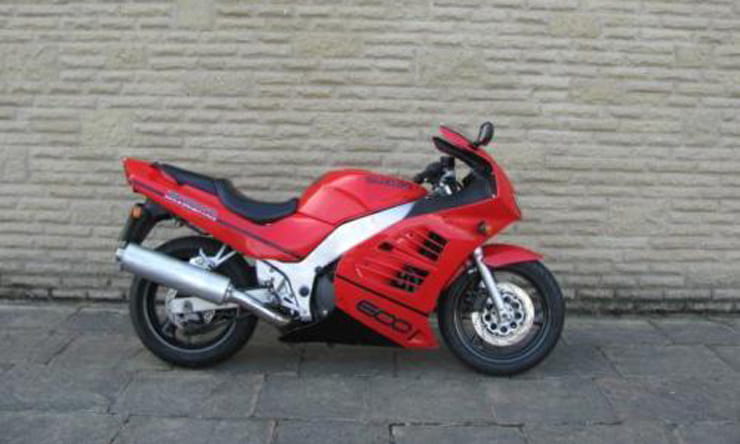 Where do I start? Shall we get those Ferrari Testarossa inspired fairing vents out of the way first? The four vents were often the first thing you’d loose after any service, they might have offered some cool air to the engine but beyond that they were an eyesore.

For many though the biggest visual issue is the rear light, it’s massive! The upper part is actually a Bandit 600 back light, it’s anyones guess what Suzuki car supplied the lower portion. The RF600 replaced the GSX600F, it’s actually a pleasant bike to potter around on.

This one is probably the finest example on the market, with just under 7,000 miles on those circular dials it’s a little gem. It’s at the very top end of our £2,000 ceiling and despite those marmite looks, this RF600 is a great bike for only one thousand and nine hundred and ninety nine pound coins.