With the big shows in Germany and Italy revealing the new bikes we'll be riding in 2017, this week Scott has been looking at some of the showstoppers that have grabbed the headlines in previous years but now find themselves lurking in the classifieds. Take it away... 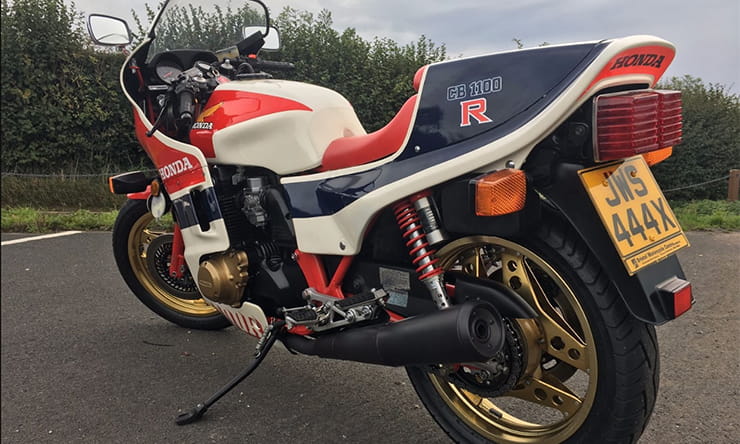 These days we expect the manufacturers to wheel out ever increasing exotica on two wheels on a yearly basis. This week we got treated to not one carbon fibre framed motorcycle but two! It’s not always been like this though. There was a time when the biggest talking point of any bike show would be if anyone in the bike trade had laid on some nibbles on their stand.

The Eighties was a mega decade for motorcycle development, with race track technology transferring to a dealership near you. Honda are no strangers to taking the lead and with the Honda CB1100R they really did lead from the front. The big brute was a regular winner at motorcycle races, which is what Honda built it to do. Under the racy bodywork it was less futuristic. The frame is pretty similar to the Honda CB900F and the engine isn’t too far removed from the 900F power plant.

This is the second incarnation of the CB1100R, the first model being a half faired B model, this was the first fully faired version. It still looks fantastic. Its impact in 1982 must have been immense. They were never big sellers and were built in small numbers, much like the RC30 and 45 would be in later years.

There can’t be too many original bikes left. This example is dead original and has only covered 6,672 miles in 36 years. The seller is obviously an enthusiast as he’s got lots of paper history on the bike and even knows a few of its previous owners. It’s an unrestored bike so does carry some scars to its flanks, though none of them look too annoying. At £14,995 it isn’t cheap but it’s a fair price for a slice of Honda history.

The last version of the CB1100R was the D model, it had metallic paint and chrome mirrors.

There’s an active owners club for these models and it’s a great starting point for help, info and parts. 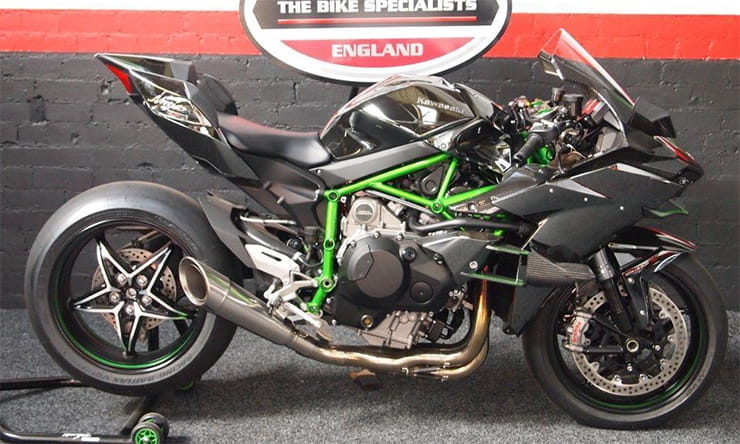 The big bike shows of 2017 are now behind us. There’s still Motorcycle Live to look forward to later this month but so far the rumours of more supercharged machines from Kawasaki are unfounded. Beyond the latest launches of super bike exotica, the Kawasaki H2R still remains top of the heap in the horsepower bragging rights.

Some say that the H2R could qualify for our 'Ugly' slot, but it's definitely Bad - as in baaaad. There are over 300 thoroughbred ponies for you to gallop with lurking within those crank cases. I’ve no idea how many of these brutes have been sold, my guess is it isn’t too many? Looking on eBay confirms this, there’s a steady stream of new bikes up for rehoming, not too many used ones appear.

This one caught my eye. It’s still in its crate. There are some people who buy and keep their purchases crated, which is strange I know. This H2R will come with its paddock stands and tyre warmers. No doubt in years to come these bikes will have a cult following and a band of collectors who’ll pay a premium for a toy that’s still in the box. Hopefully this bike will have been purchased and enjoyed by then?

The H2R uses lots of aerodynamic devices to keep the front wheel on the ground. The wings on the fairing were designed by Kawasaki’s aerospace company. 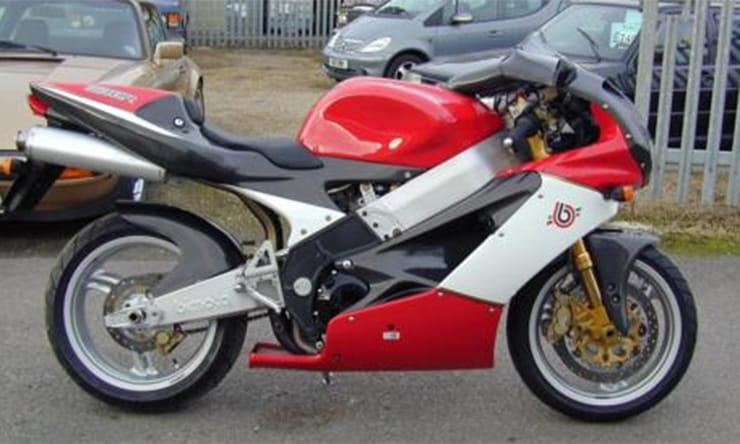 Bimota have stolen the limelight at various international bike shows over the years. Offerings like the hub centre steering Tesi, or the hyped V-Due two stroke twin, neither of which set the world on fire. The lights went out at Bimota in 2003 for a while, but the Bimota SB8R had first arrived just before the millennium.

This offering, that’s up for sale, is one of the last to leave the factory. It’s a 2002 model and uses a Suzuki TL1000R engine, albeit with bigger throttle bodies. It was an improvement over a stock TL1000R but still slower than a Yamaha R1 of the same era.

Previous Bimota motorcycles had a wow factor and often a price tag to match. The lack of a proper dealer network was probably the biggest flaw in their business plan.

There’s only 535 miles on this bike, though I’m not too sure if that’s a good or a bad thing? It’s a forgotten model, maybe in the future we’ll all wish we had one, but some how I am not too sure that will happen?

The seat unit on the SB8R is carbon fibre, it’s not only light but strong allowing the design to be subframe free, again saving weight.

The TL1000R engine went on to become the base engine for the Suzuki V-Strom 1000.