In this week's instalment of 'The Good, The Bad and The Ugly', our bike breaker Scott Redmond has been searching the web to find a range of Scramblers following the press launch of the new Ducati Scrambler Cafe Racer in Italy... 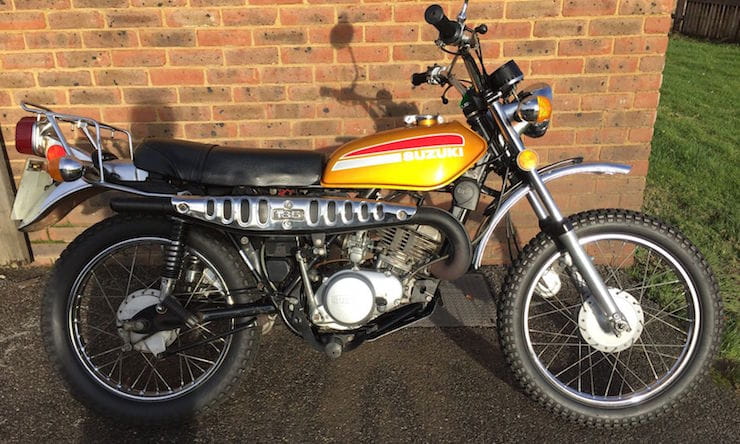 The word scrambler, to me it conjures up an image of a lightweight two stroke that had knobbly tyres fitted to spoked wheels. You were no one unless you had a scrambler in your shed when you were a teenager.
The comeback of the scrambler concept is long overdue. But hang on, if you really want a proper scrambler you can always go back to the future!
This stunning little Suzuki is exactly what I’d want from a scrambler. It’s small, basic and it’s a two stroke.
This bike is in lovely condition because it’s spent its life in the USA which explains why it’s also so original.
Since washing up on our shores it’s had a top end refresh and is ready to roll. It’s not an everyday type of bike, which is why it’s the real deal. The electric start is a nice touch especially when you remember that it’s a bike that was built in 1974. 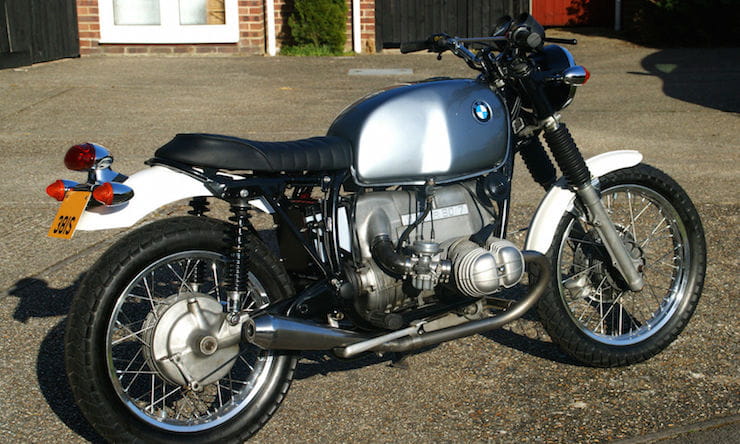 Before Ducati etc fired up their computers to design a modern day scrambler, there was already an underground scene, folk in sheds taking old motorcycles and breathing new life into them. The BMW R80/7 isn’t a bike that immediately springs to mind when looking for something to create a dust cloud on with some cheeky off road antics.
Sure, BMW have  their GS range but they aren’t really scrambler material.
This 40 year old boxer engined special looks very confused, on a practical side at least it’s got a shaft drive.
Despite having had  thousands of pounds spent on it the seller hints that there’s still work to be done during its bedding in period, since its completion it’s only been for a ride to the MOT station and back again.
The asking price is pretty steep at £5,995 but with all that torque that the twin pot puts out it might just pull it off.

The Police used to love the R80/7, it was the backbone of their fleet for years. 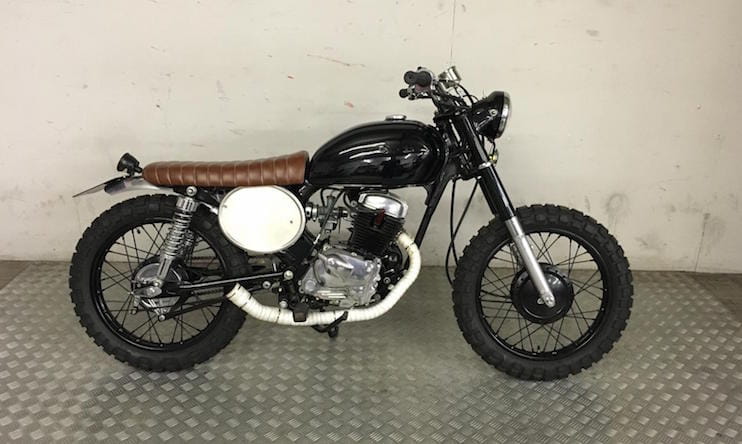 Scrolling through Ebay I had to stop flicking down on my phone screen and go back to this gem. This 1980 CB200 caught my eye, not because I want to buy it, more because of its price tag. £3,695 is a serious amount of wedge and I can’t believe that there’s anyone who’d pay that for this machine?
That isn’t a cheap dig at this pricey custom but just a genuine case of thinking out loud. The bike itself looks to have been lovingly assembled, it also ticks a few must haves for your average custom bike. Things  like that daft exhaust wrap, an old British stop lamp and a brown saddle. It’s scrambler credentials fall flat once you’re beyond the chunky tyres, and the CB200 isn’t a bike that carries any serious affection these days, though all it takes is one person to want it. Surely  the whole point of a custom bike is to build it yourself? You could replicate this bike and still have a wad of change from that optimistic asking price.

The CB200 is a bike I’d totally forgotten about!