This week's selection comes the shape of the Honda RCs, the prefix used by Honda for some of their more exclusive models. 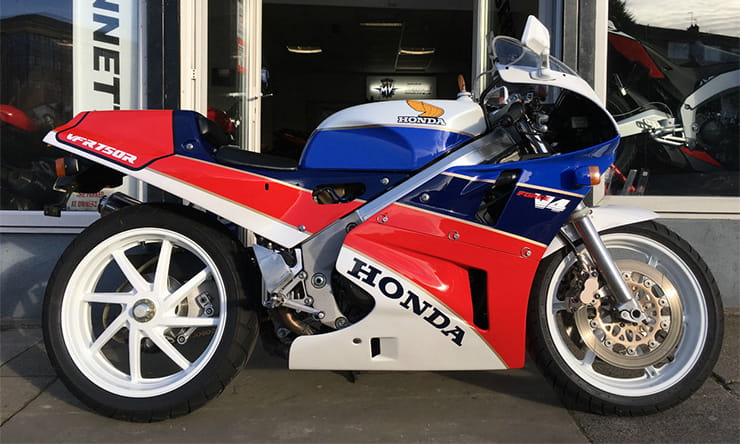 Honda had high hopes for the V4 engine configuration in the early 80s, but sadly those first efforts did the marque more harm than good. The VF range promised much but delivered little, so Honda went back to the drawing board. In 1986 the VFR750FH was born, it was a hit on the roads but struggled to bring home the bacon on the race tracks. This is why the RC30 was built, to win races. Many of those bikes from the 80s went from the crate to the paddock, from club racers to World Superbike grids, which is where the RC30 reigned.

The legend lives on. There’s been a whole host of machines that manufacturers have designed to replicate the impact of the RC30. The RC30 was much more than a reworked VFR750 road bike. Externally the two engines look identical, but inside there’s no common parts that interchange.

The heart of the RC30 sees the use of four titanium con rods, each one weighed 50g less than the VFR item and cost 8 times as much to fabricate. The RC30 weighed in at 180 kilos, with 110bhp to shove it along. There was a whole host of tuning goodies that you could buy, ranging from flatslide carbs, kit ignitions and a plethora of exhaust systems. Not many bikes remained standard, and throughout the 90s they weren’t overly sought after How that’s all changed.

If you own a RC30 you are a lucky person. In these days of interest rate cuts, it’s bikes from our yesterdays that offer investors somewhere to stash their cash. That’s a whole subject on its own, but it helps to explain why prices for 80s and 90s classics are rising.

This bike is a real find, it’s only covered 1,500 miles, and the cynic in me wonders why that is? Hopefully it’s because it’s had an easy life, though some ex racers do appear with low miles. A look at the advert in more detail shows us that it’s been imported from Japan, which is a blessing in one way and a curse in another. Some countries had bhp limits and some RC30s will have been built to factor this in. There’s much myth to what bikes got affected and the only true way is to ride or dyno for a genuine answer. At £27,999 this bike is on the crest of the wave for prices, although genuine unmolested UK bikes have been known to sell for over £30,000.

There’s no sign of the love for the RC30 waning, if you want one of Hondas most iconic bikes, you’ll have to pay that premium. 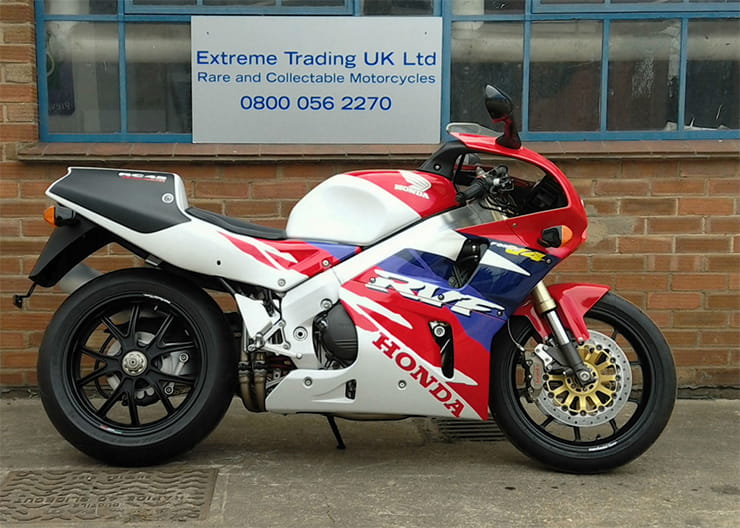 One hit wonders as in the likes of Chesney Hawkes, Joe Dolce and the St Winifred’s school choir, all failed to replicate their moment of fame. It’s harder to hold on to the limelight than you think. Honda discovered this with the RC45. Launched in 1994 it had its work cut out. It’s job was identical to the RC30, to win races. The RC45 had many differences to the RC30. In typical Honda fashion everything looked familiar but was different to the outgoing RC30.

The biggest change was over the fuel injection. These were early days for this technology. The CBR range of sports bikes clung on to their carbs until the end of the decade. The engine got reworked, everything from pistons to cylinder heads getting breathed upon. The result was 118bhp to play with. The RC45 didn’t have that air of boss about it like the RC30 did, and at £18,000 new it needed to feel special.

The other manufacturers had caught up. Ducati had the 916 which the RC45 was to do battle with on the track and showroom floor. By 1996 things got worse for the RC45, the GSX-R750 SRAD weighed a whole 10 kilos lighter, and cost a ton of cash less.

This bike is brand new, weirdly though it’s been updated with Marchesini wheels, better brakes and a few other mods. I can’t help feeling that it would be nicer if it was a 100% standard? At £49,999 it’s a problem I won’t loose much kip over. The RC45 wasn’t a bad bike, it’s got a cult following and there’s no end of people who love the machine. History though is written by the winners, and the RC30 was the benchmark, it was the ‘One and only’. 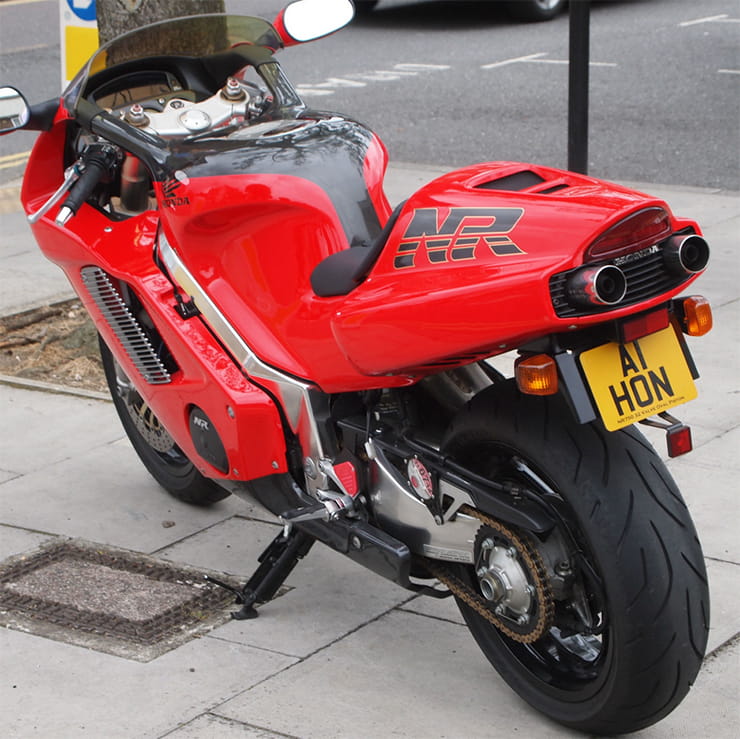 It’s 1992 and Honda have just reinvented the big bore sports market. Their CBR600 model rules the middleweight class and they can’t put a wheel wrong. To prove that they’re the king pins they create the RC40 in their spare time.

The NR750 was corporate willy waving. It was and still is a technological wonder on wheels. Unlike the RC30 and RC45 this RC sibling wasn’t knocked up to win races. The NR750 used oval pistons and 32 valves. It revved them up to a 15,000 red line and it rewarded you with a 125bhp. The bike was never the fastest super bike you could buy, but for a good few years it was the most expensive at £38,000 a go. Exact numbers of bikes built varies wildly. Some experts quote 300 bikes, others insist it was around 700 of the blood red bikes that were assembled.

The bike is more than something with odd shaped pistons, it pioneered the PGM fuel injection, had carbon fibre laced into its bodywork and even the screen had a titanium coating on it, all very posh. Ugly might be too strong a word but I am not convinced that times been kind to the styling, especially when you gawp at the RC30 for comparison.

This bike offered is up for £79,999. It sounds a lot because it is a lot. The same seller sold a NR750 in 2010 for a cool £100,000, I know because I rode it before it was delivered to its new owner in the USA. The RC40 was a poster bike for the 90s kids and many of those may well ride a Honda because of it, but how many still lust after the bike that showcased what Honda could do?