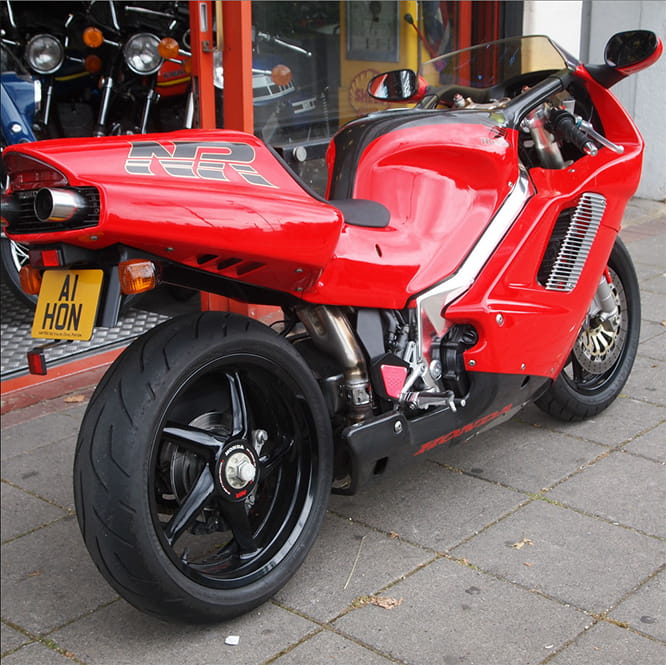 There’s been plenty of contenders over the years for the ultimate poster bike. In fairness every machine is capable of adorning a wall in A3 format, but away from the run of the mill production bikes there’s only really been one outright champ of the poster bikes.

The NR750. It’s stood the test of time well too. Now well over two decades old and it’s still the benchmark.

It’s a confused mission from Honda though. They poured their heart and soul into this venture, then held back the brute force by various gizmos keeping claimed bhp to somewhere around 125. The major talking point about the NR was its use of oval pistons. It was a concept that Honda had taken GP racing with their NR500, which amounted to too much egg on their chops. The NR750 pioneered other design ideas. The under seat exhaust idea would appear on the Ducati 916 a short while after. The attention to detail is where Honda really waved their corporate willy, carbon fibre fairings aren’t that exotic these days, but titanium screens are still very select. Instead of carbs Honda went with their PGM fuel injection, it would be a good few years before that filtered down on to production bikes.

The NR750 is still the ultimate poster bike, it’s unique, and could never be mistaken for a lesser model. Prices have always been high, with a list price of over 30K in 1994, there wasn’t much change out of about five Fireblades at the time. 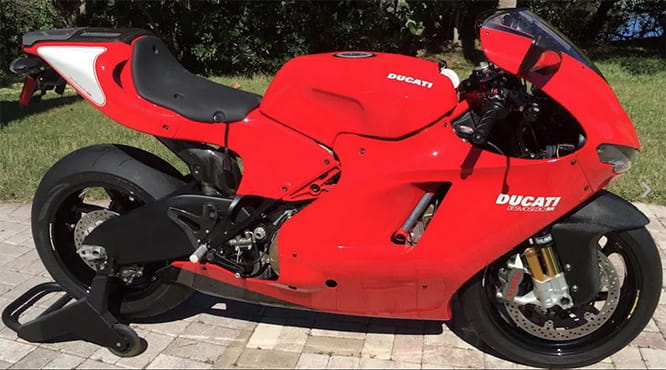 Ducati, they are a company that’s moved with the times. For years they were all about their classic twin cylinder machines. They’ve created so many classic machines that use two lungs, from air cooled creations like the 900SS, the MHR and even early Monster models through to the water cooled race reps bikes like the 888 and iconic 916. Each one a legend. Ducati are famous for building twins, which is where I can’t allow myself to entertain the Desmosedici as a poster bike.

I understand that times change, but to me the Desmosedici with its V4 engine is like Rolex bringing out a digital watch, we know it would tell the time but everything magical about the brand would be lost in the name of technology. The Desmosedici is that digital watch, sure it’s got a calculator on it and even gets you on the internet, but it isn’t what you’d expect from the brand you’re buying into.

Therefore from the point of being a poster bike it’s missing its point. If we were judging it on being a cutting edge Moto GP inspired missile, it would score 11 out 10 all day long.

This example offered for sale is a new unused 2008 model. It’s an investment, one of only 300 Rosso models made and a thing of beauty. It’s up for £60,000, which is still cheaper than the used Honda NR750. Case dismissed. 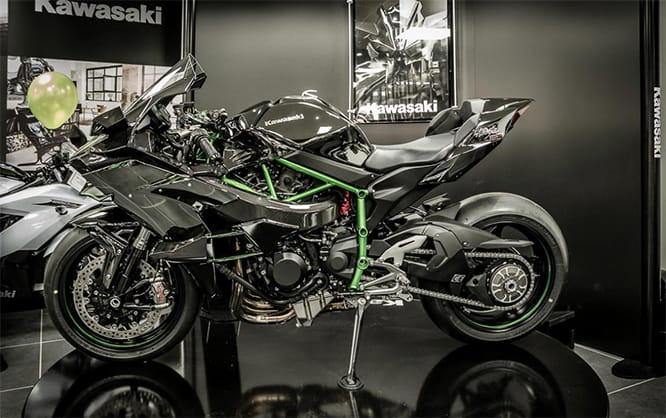 The most powerful production bike you buy for money it may well be, but it’s got looks only a mother could love. The H2R is not a looker.

That’s not good when we’re talking poster bikes. The Kawasaki team must have been working in different offices. The power of this beast is amazing, but beyond that what can it offer us, the people who need a poster in our life? That green frame, that looks like it might have looked good on a photoshop screen, in real life it cheapens the look of the bike. At over £40,000 that isn’t a good point.

The bodywork reminds me of a skip full up with empty cardboard boxes, or like a someone hit pause in a game of Tetris, it’s not the most stylish bike Kawasaki have ever produced.

Maybe time will help those jumble looks? The other bikes to use the H2 name weren’t exercises in showing off, but they are both icons of their respective decades. The H2 triple two stroke carried off purple paint work too! The ZXR750H2 of the late 80s also still looks fresh today. Both being more of a poster bike than the H2R will ever be. This example is brand new, and maybe the inclusion of paddock stands and tyre warmers might tempt you?

How's your bank balance? Any take your fancy?  or