It's Tuesday and that can only mean one thing, our man Scott Redmond has been trawling the online auctions to bring you three bikes for his weekly The Good, The Bad and The Ugly...

For this weeks £2k Tuesday Scottie Redmond has been on the hunt for sporty(ish) 600cc bikes that wont leave you needing to see a chiropractor when you get off them. But comfy does not have to be boring, as our man found out with his Grand Designs ZZR project bike. 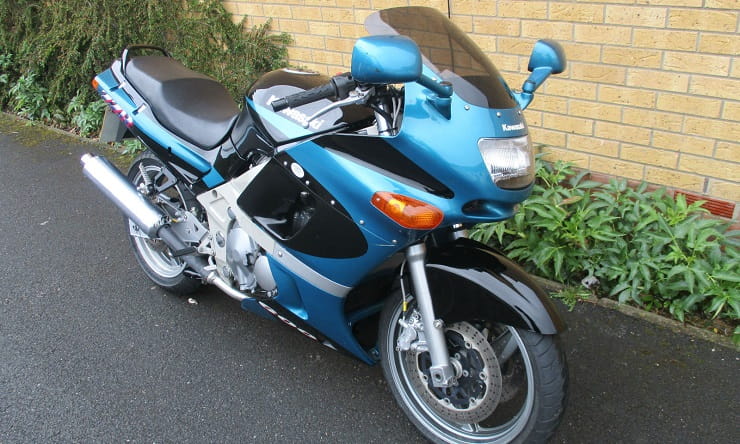 Budget biking can fun, I know because I spend my money on cheap bikes on a far too regular basis. For anyone who’s working with a couple of grand and needs to find a bike that’ll tick many boxes this is a very good contender for your hard earned bucks. The Kawasaki ZZR600E is one of those rare bikes that stayed in the Kawasaki range for well over a decade, other than some minor cosmetic updates it was pretty much untouched. They sold in healthy numbers and that means there’s still plenty of them out and about. When I was younger it wasn’t a bike that I looked twice at, with age comes wisdom and now I not only look at the ZZR600 with fresh eyes but I actually see it for what it is. That saddle is big and comfy the fairing works fairly well and the engine gives you a very useable spread of poke, basically it’s a great road bike. Looks wise it might not set your heart a flutter, but once you’re riding it you will quickly fall for its charms. Don’t get me wrong it’s not all rosy, the brakes will be iffy if they’ve been unloved and build quality never won Kawasaki any awards. There’s plenty of nasty examples out there but there’s also ample survivors in good working order.

With an asking price of £1,250 this bike looks to be a well looked after standard example, lesser bikes can be found for around half of this amount. If you wanted to blow a few quid more you’d find an absolute stunner. The ZZR600 was always the bridesmaid in the 600 group back in its day but finally, for this week at least it can be the bride.

Front brakes are an area for concern on unloved bikes, calipers from a Suzuki GSX-R600 K1 are a popular upgrade. 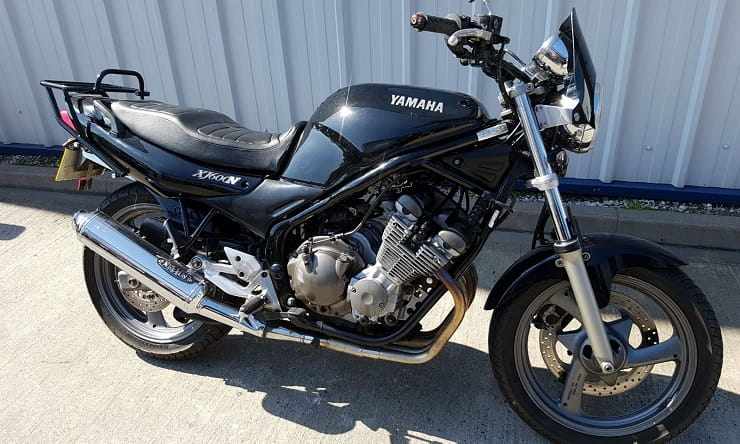 If you’ve ever owned a Diversion 600 you already know that they’re great transport but if you want excitement the 'Divvy' (as they are known) isn’t where it’s at. The Suzuki Bandit 600 was the benchmark middleweight and the XJ600N would forever live in the it's shadow. The build quality was pretty decent in some areas but less so in others. Exhaust systems rotted out fairly sharpish and the shock and brake calipers also lead short lives. Many bikes have been broken for parts over the years but still there’s a shortage of decent used consumables to keep the remaining Diversions alive. When a value of motorcycle dips to around a grand many people choose not to invest in new parts like exhausts and shocks, this sends a few more to an early grave. This is probably one of the best Diversion 600s that’s left, with only 10,000 miles covered there’s plenty of life left in this Yamaha and even better it’s fitted with a full stainless 4 into 1 exhaust system.

Un-faired examples are more popular than faired ones. It’s easy to work out why! 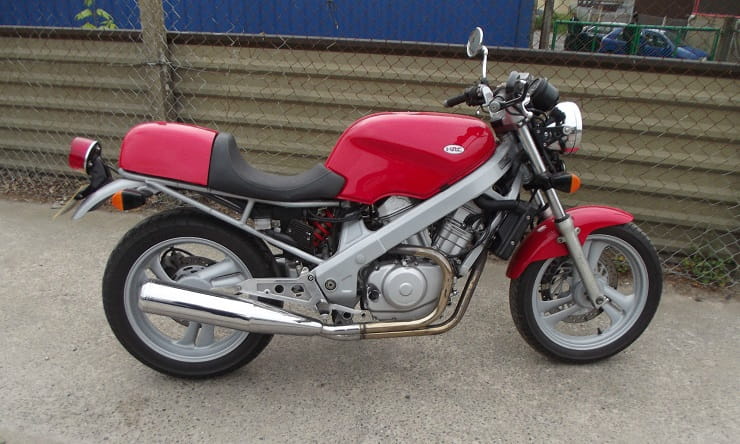 The Honda CX500 was often mocked but it was one of the most popular Honda models from their back catalogue. The CX500 gave way to the VT500 which was a worthy replacement. By the late 80s Honda needed a more modern looking middleweight, so enter the Honda NTV600. The ingredients from those earlier models was evident, it had a v twin engine and a shaft drive. The single sided swing arm looked very trendy and overall it was a decent machine. Over time those work horse examples have ended up in the motorcycling cheap seats, banger bikes offering Honda reliability to those with not too many pennies.

This one is suffering an identity crisis, it’s been given some café racer treatment, I’m not too sure that it’s a good thing?