Pick of the Ads: Good, Bad and Ugly - Kawasaki GPZ's

Todays Good, Bad and Ugly has got Scottie Redmond in a tailspin! He has put on his mirrored aviators and sheepskin jacket and is on the look out for an icon of 80's cinema - the Kawasaki GPz aka the Top Gun bike. This bike was thrust into the limelight in the blockbuster hit that featured Hollywood star and motorcycle fan tom Cruise and has built up somewhat of a cult following because of this. But as Scott found out there are still good condition bikes for not a lot of money to be had! 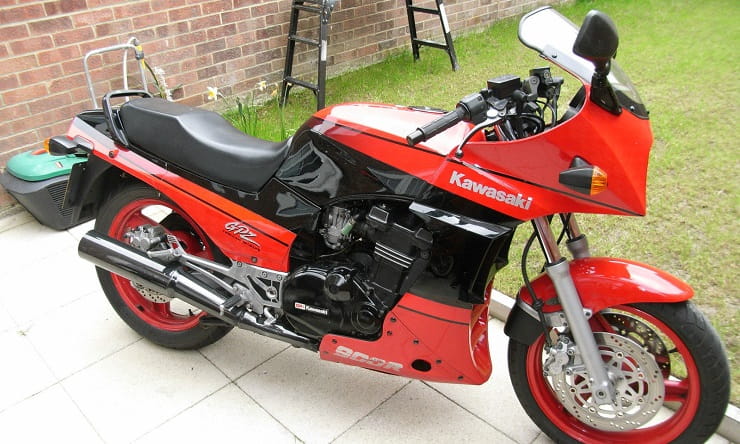 Over ten years after Kawasaki created the GPz900R it was still a model that was alive in companies top heavy big bike range in the mid-90s. Its main companion on the showroom floor was the ZZR-1100D; a superb bike in its own right but for some it was too much. The GPz900R sold well for Kawasaki, despite the model having replacements churned out at an alarming rate. First up was the GPz1000RX, a big fat bike with 16 inch wheels at each end, it’s hard to work out why that never caught on?

Then came the ZX-10, it had fat 17 inch wheels and even sported an alloy frame, it quickly gave way to the ZZR-1100C in 1989. Throughout all of these comings and goings, the 900R kept on selling and picked itself up plenty of loyal fans who would px their old GPz900R for a new one. That original model fell from the range in the early 90s but Kawasaki quickly brought it back in the mid-90s. It was pretty much the same bike but it had 17 inch wheels that allowed modern tyre choices. Those original bikes came with a 16 inch wheel upfront and an 18 at the rear. The brakes also got some much needed bite with some Tokico four pots. It was a lovely looking bike. This one is how you’d like to find one; it’s done 6,000 miles from new and is in great original condition. It’s not overly expensive either at £2,900.

The 900R always ran hot, many owners fitted an external switch to manually switch the over worked fan on. 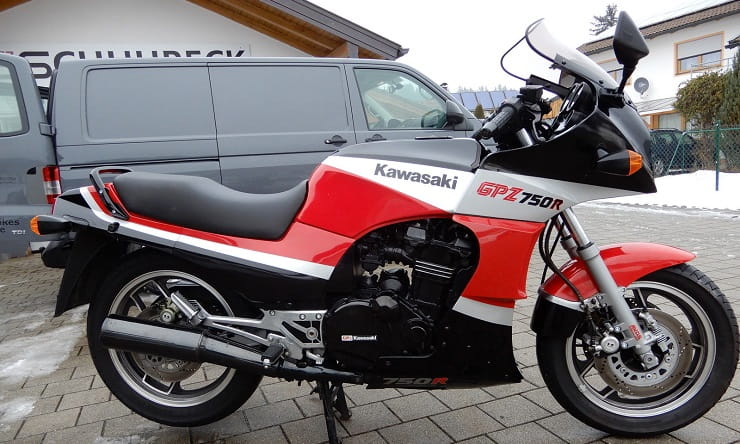 The mid 80s was a golden time for the 750, you couldn’t move for the things, especially in the Kawasaki range. They had all bases covered from their workhorse GT750 to this, the GPz750R. There was also a GPz750A which was air cooled and very popular. The 750R was identical to the GPz900R, which meant you got all the weight of the 900 with the poke of a 750 and no, I don’t fully understand that logic either. They never sold in any large numbers which means now that they are a rare bike. This was the only one I could find for sale and this one is in Germany! I don’t think I’d rush to the continent to buy one though. This one does look to be a little gem but with an asking price of £3,995, it should be.

Kawasaki created a limited edition run of GPz750Rs that were finished in their trademark green paint. 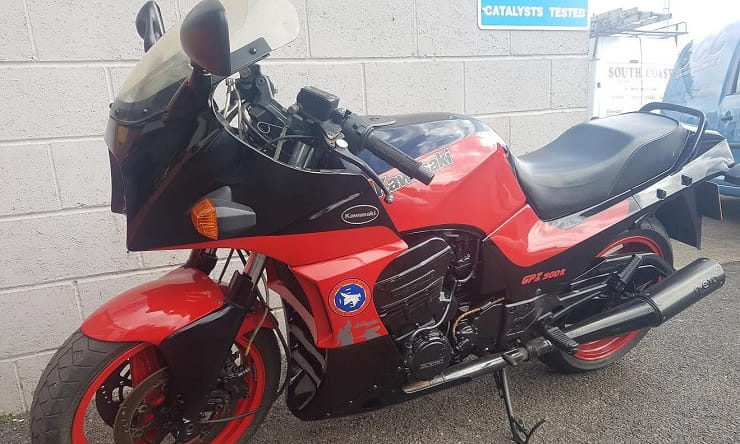 Many bikes from the 80s rarely survive in a standard condition. Over the years the temptation to fit more modern wheels, suspension and brakes can prove to be too much. This GPz900R is a nice early example but it’s been modernised by someone who’s grafted in some running gear from a ZZR-1100.Adding to the negatives is, it appears to be in an average condition. Prices for genuine early bikes in tip top condition are rising; this in turn pulls up the values of lesser examples. At £2,000 this bike makes those expensive bikes in excellent condition look more appealing.