Pick of the Ads: good, Bad and Ugly - £2k Triumphs

Its Tuesday, and that means Scott Redmond has been searching the online auctions with a theoretical £2000 budget, this week he's on the look out for Triumphs. With the release of trendy bikes like the Bobber the Triumph brand is going from strength to strength. But what of their back catalogue? As Scott has found there are some great bikes to be had for very little outlay - and one that should probably not be for sale in one piece! 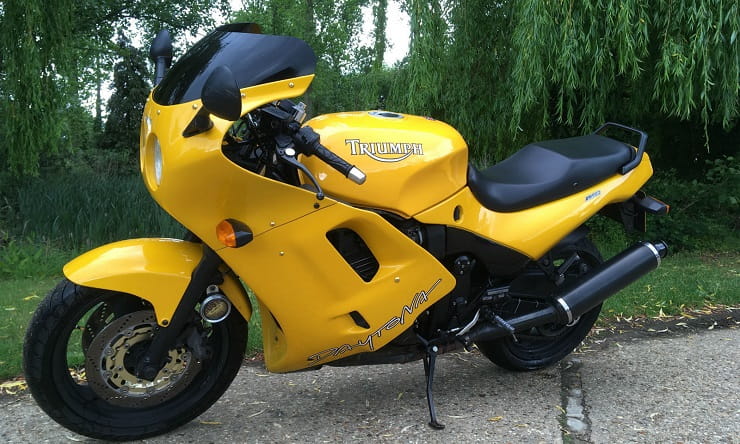 What’s big, yellow and deserves more respect than it currently gets? The Triumph Daytona 1200, that’s what. We are on the eve of it being 25 years since Triumph stuck two fingers up to the eurocrats and their gentleman’s agreement to building bikes with no more than 125bhp. OK, so the Japanese got around this deal with a variety of crude methods to make sure their machines would keep the suits happy. The Daytona 1200 gave you 147 bhp, that wasn’t the only big statistic, it was an 1180cc blunderbuss. It’s one of the biggest sports bikes out there, park it next to a modern sports machine and you’ll see exactly what I mean. This is a bike that time has forgot, which means for less than £2,000 you can find one to buy. Prices can’t go down anymore, so if you find a decent one and look after it, you might even earn a profit in the future. This bike is for sale from within the trade and despite it’s 50,000 odd miles you can’t go too far wrong if you fancy a true emerging classic for the price of a new moped.

The Daytona 1200 was the biggest of the range, the 900 is more common and appear with cheaper price tags. 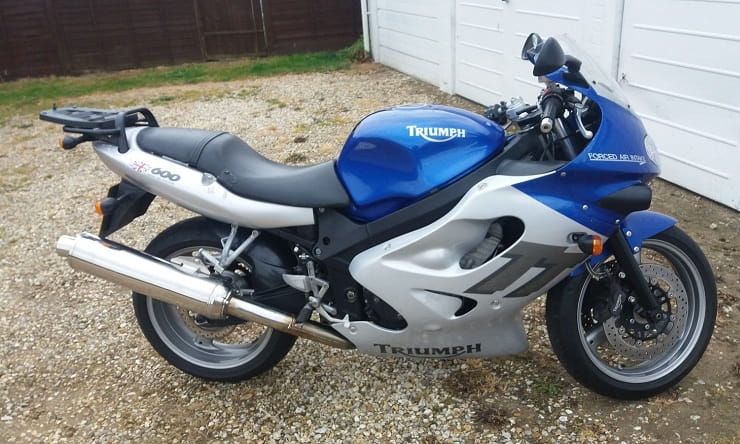 The TT600 is an overlooked model, it never really caught on and arrived with a few issues that damaged its reputation before it had a chance to earn one. So for us who do things on a budget they make a pretty good prospect, especially if you want a bike that’s a little bit on the quirky side. Build quality is pretty decent, not quite Honda CBR600 standards but it’s a few notches ahead of a Kawasaki ZX6R from the same era. The biggest fly in the ointment is the fuelling, that fuel injection had a few updates and recalls but a 600 carb model bike from the same time will make the TT600 feel a little harsh. This example is only running 16,000 miles and comes with some sensible extras, at £1,695 it’s still a sensible choice from the crazy 600 class.

From my extensive research I’ve found no record of a TT600 being used at the TT! 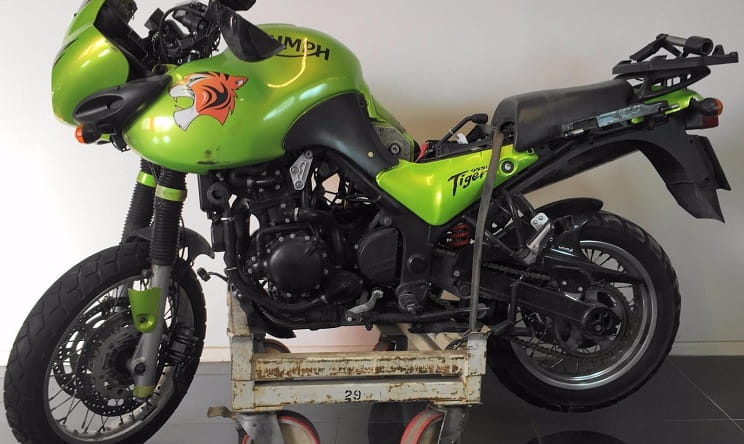 This Triumph Tiger is seriously maimed, to the point that the trader can’t believe that it’s not been made a Cat B break only tag from whichever insurance company wrote it off. I have to agree, this bike looks to be slaughtered! On the plus side it’s got a few bits that could be salvageable. Repairing this Tiger is not an option, just look at it, that short wheelbase tells you all you need to know. Our friendly seller does drop a big hint that he’ll maybe break the bike for parts, when you look at it from a bike breaking exercise it’s still going to take some effort to return a profit from this obliterated Triumph. There are some early Triumph Tiger models in our subprime playground, if you want a Tiger that’s the best way to proceed.

The Triumph Tiger is very overlooked, later models get all the fuss, the first models are still a decent option.