This week's selection comes the shape of Honda's monkey bike-derived Grom: the MSX125 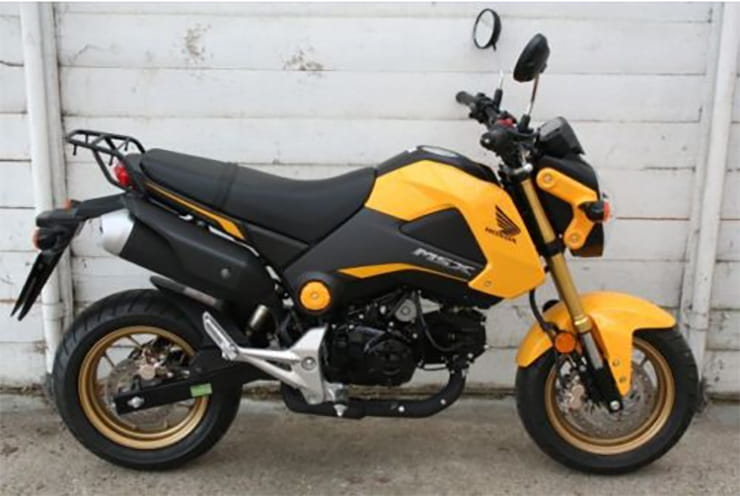 Good things come in small packages and the Honda MSX-125 is mechanical proof of that. At first glance you could be mistaken for thinking that the dinky sized motorcycle couldn’t be taken seriously, you’d be wrong though, the MSX-125 is a cult bike.

Honda launched the model in 2014. Since then it’s carved itself a niche in the 125 market which is not hard to see when you look at its vitals. The tank might only hold 5.5 litres but with over 180 miles to the gallon achievable, you won’t be making friends with the folk on the tills at your local petrol station.

The four stroke 125cc engine is pretty old school, it’s a two valve motor that pumps out a smidgen under 10BHP to the fat 130 section rear tyre.

The MSX-125 appeals to anyone and everyone. It weighs a measly 101 kilos and is therefore very nimble. Used prices are healthy, your biggest problem is finding one. This MSX-125 is like brand new. It was registered in 2015 and since then it’s covered 53 miles, that’s not even half a tank of unleaded. 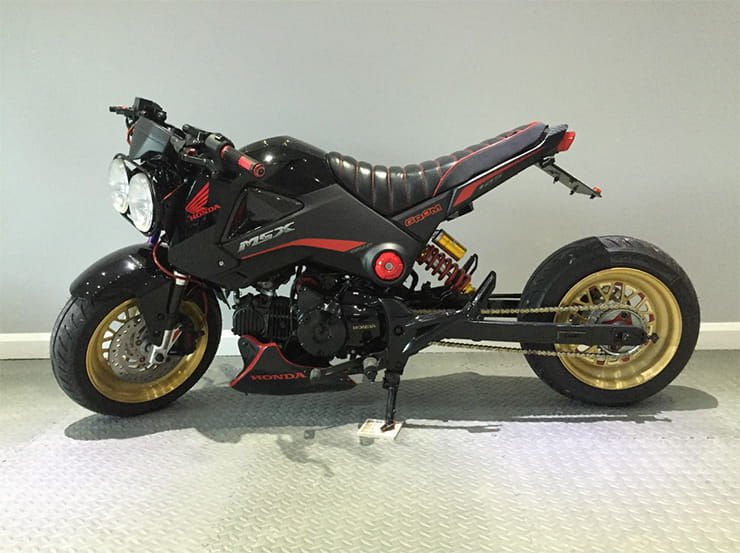 Beauty is in the eye of the beholder. Don’t believe me, just ask my Mrs.

The MSX-125 attracts a multitude of people who want to take the stock bike and make it their own. There’s a whole industry out there dedicated to funking up your Grom.

Grom is what the cool kids call their MSXs. It’s a worldwide craze and you can buy thousands of aftermarket parts. These range from performance based tackle like big bore kits, flat slide carbs and oil cooler kits, through to chassis upgrade equipment including wheels, forks and swing arms. These items all cost money, the little bike can quickly consume large amounts of cash when the customising path is trodden.

This bike would have cost a pretty penny, and the asking price of £4,995 won’t cover the outlay of this professional build. Spying at the advert reveals the wheels alone cost £1,200. The list of mods is impressive and longer than the extended wheelbase. There’s far too many mods to list, but the stand out items are things like the adjustable shock, trick forks and carbon fibre tank.

This bike is way to extreme to be mainstream and with people wanting to create their own coolness, I’m baffled who’d buy this bike, but whoever does will no doubt continue to dabble with it. 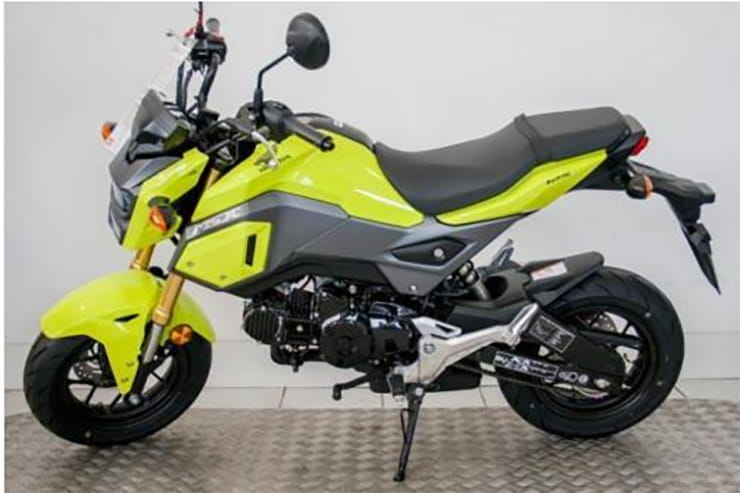 Modern motorcycles rarely survive too long in the range without some tinkering, either fashion related or to please to emission cops. The MSX is no exception. Two years after arriving the drawing boards back in Thailand were out again.

Rather than a total redesign, Honda have given the MSX a tart up, a visual makeover. The trendy LED headlights give the bike a whole new face, the tank and tail are different and the exhaust gets tucked away. I am not a 100 per cent that it’s new clothes are an improvement over what went before? After all, why poke if it ain’t broke?

I’m probably being too picky, and the older I get the more I resist change, but things will always advance. The MSX-125 world is also a bit torn, some forums rate it, other ones slate it. In time it’s new looks will grow on me and the haters, probably just in time for Honda to redesign it again?