Pick of the Ads: Good, Bad and Ugly - Forgotten Retros

This weeks Good, Bad and Ugly is about retro naked bikes you might just have forgotten about. The retro bike scene has become huge in the last few years thanks to bikes like the Ducati Scrambler and Triumph Bobber, but what if you need some 'Go' to match the 'Show'? In that case, you need a cross the frame four and that is exactly what Scott Redmond our resident bike hound has been on the look out for! 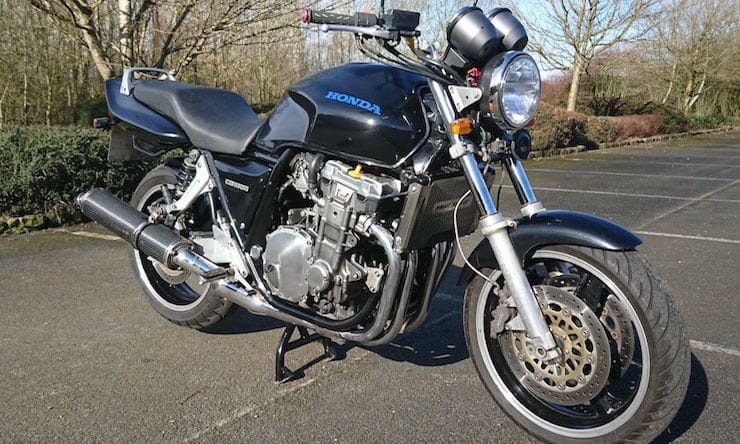 Any bike that’s called The Big One is putting itself out there for some banter, thankfully the CB1000 was big enough to handle it. It arrived in 1994, sports bikes ruled the roads in the UK and Honda appeared to have answered a question that nobody had actually asked. It wasn’t just the dimensions that were big, so was the price. At £7,695 it was no bargain. The model only ran for two years, maybe Honda realised that they’d been a tad premature. The bike went on to be the basis of the Honda CB1300, although you’d be hard pushed to find too many parts that could be interchanged. The CB1000 is a handsome bike, its  looks maybe influenced by the Honda CBX1000. The engine came from the CBR1000F and the water cooled lump doesn’t look out of place within the retro remit. Finding one of these bikes is your biggest problem if you’ve ever fancied owning one. At over twenty years old decent ones will command a premium too. This example is typically how you can expect to find one. The original paint is long gone, there’s aftermarket handlebars fitted and a noisy race can fitted. If you’d rather have one that was more stock our seller can help, he’s not got just one CB1000 for sale, he’s got a pair of Big Ones!

The clutch will rattle, it’s a genuine case of; 'They all do that sir, honest!' 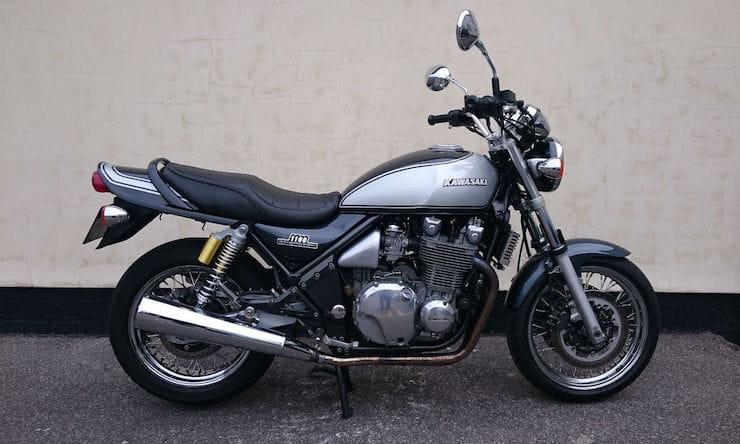 By rights we should've lapped up the Zephyr range, there was three to choose from including a 550, 750 and 1100 offering. Sadly the build quality let the range down, they looked rather second hand in no time at all, especially if you rode all year. The Zephyr 1100 had a reworked GPz1100 air cooled engine, it even had an eight plug cylinder head, great for boasting down the pub, less of a good idea come service time. It’s a decent bike to ride, but the public never really warmed to it. Fast forward to 2017 and there’s a bit of interest finally for the retro Kawasaki. This bike is one of the ultra rare last edition bikes, it’s a tarted up Zephyr that came with a different paint job and spoked wheels, it looks lovely but it was too little too late. At £5,995 it isn’t a cheap trip down memory lane, but with that chunky air cooled engine between your legs it will be a pleasurable one.

There was another Zephyr, the Japanese home market had a 400cc version. 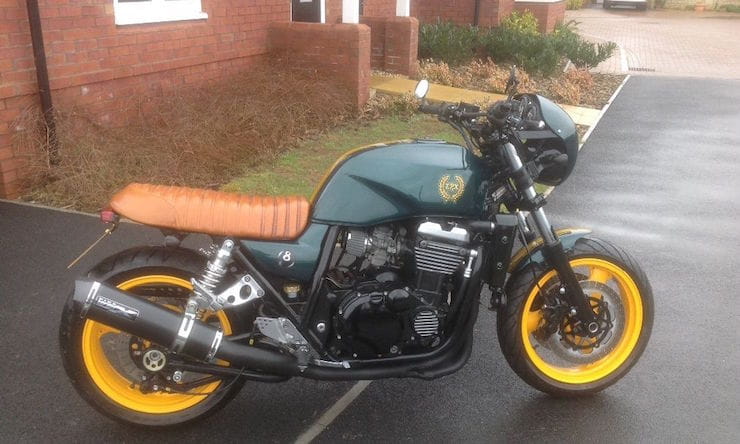 The ZRX1100 arrived with tones of Eddie Lawson’s AMA racer mixed with dollops of Z1R dna, it was a great looking retro and struck a chord with those fed up with head down and bum up race reps. It quickly morphed into the ZRX1200 and became a modern classic along the way. Many owners tinker with their ZRXs and most of them get it right, adding quality bolt ons that give it more muscle and street cred. Money can buy many things, taste isn’t one of them. There’s been lots of money spent on this ZRX1100, I’m not convinced it’s been spent wisely. Does the result reflect the financial outlay that’s been invested? I'll leave you to decide!

Kawasaki ZZ-R1100D camshafts are a popular mod if you want more go.