For today's Good Bad and Ugly Scott has been searching the online auction sites for those bikes that never really took off. Be it the gawky looks or a duff combination of engine, frame or suspension these bike all had short life spans and shorter queues out the dealership doors. Don't think for one minute though they can't of good value and smiles per mile though, if you can stand the sight when you open the garage door mind! 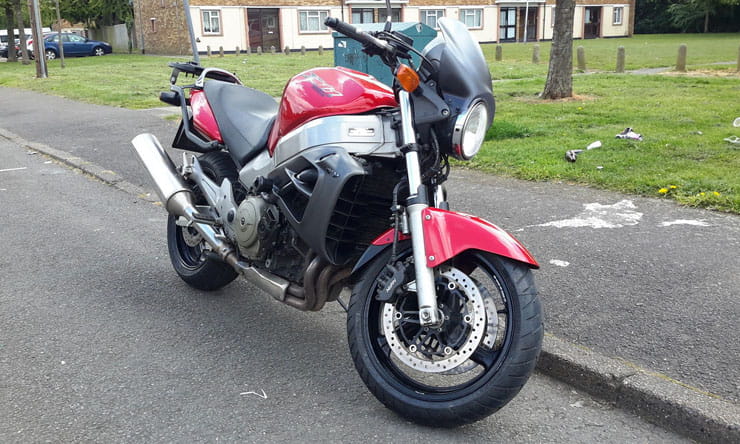 The Honda Blackbird was and still is a very capable all-rounder, though living in its shadows was this parred down version. The Honda X-11 could easily be the most overlooked model of recent years. Its looks wouldn’t have you rushing to sign the finance agreement but beauty is more than skin deep. If you’ve ever ridden one of these, you’ll be in agreement with me why it’s my good example of a forgotten model.

Back in 1999, when this model arrived, it would’ve set you back £6,629, which was around £1,200 less than the Blackbird. Prices are much more these days and in some cases the X-11 can command a bit of a premium because of its rarity. This is a perfect example of what I’m on about. With an asking price of £2,750, it’s around £300 above what the trade bible suggests it should be priced at. For that money you’re getting an extremely well cared for bike that offers excellent value for money.

There were four colour options, yellow ones probably being the rarest. 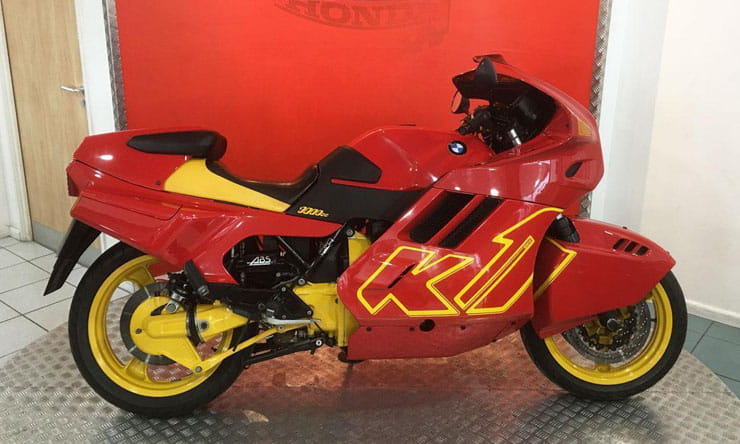 It’s hard to believe that the BMW K1 was the S1000R of the 80s. BMW had a hard core base of customers. They loved the twin cylinder boxer engine bikes but weren’t too chuffed when BMW revealed this plastic fantastic. Under all of the bodywork lurked a reworked K100RS and not even that was enough to save it. There’s some love building for these quirky bikes and that’s helped to push up prices. It wasn’t too long ago that they changed hands for two grand or less, now days you’d have to double that at least to pick up a good ‘un.

This one looks to be in superb order and it’s covered less than 10,000 miles from new. That fire engine red combined with the custard yellow trimmings means you’ll always stand out in a crowd. I’ll let you judge if that’s a good or a bad thing? 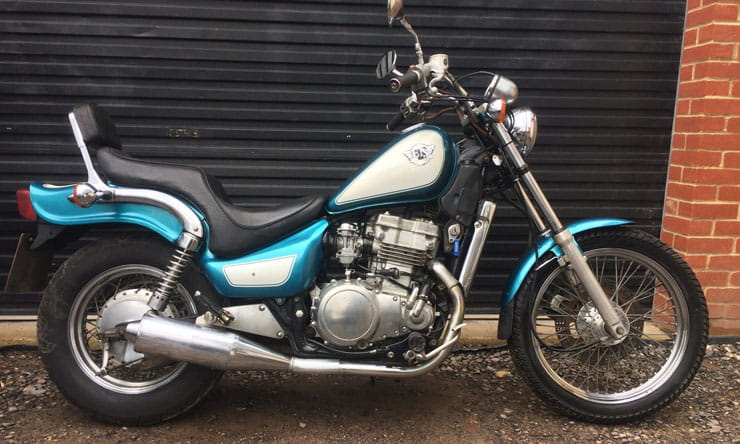 Factory customs these days are an accepted part of the industry but it wasn’t always that way. The 80s saw a few attempts at giving you that Route 66 vibe on your daily commute on the A13.

Suzuki created the Intruder, Yamaha came the closest to hitting the nail on the head with their Virago range but sadly Kawasaki were miles off when they built us the EN500. The engine came from the GPz500S, the styling came from a fairground carousel. I had totally forgotten about this model and I’m also going to guess that you had too?

There was an EN450LTD that was the forerunner of this model.