This week's selection looks at the production models that have once held the title of fastest bike in the world; Honda CBR1100XX, Kawasaki ZZR1100 and the Suzuki GSX1300R aka Hayabusa. 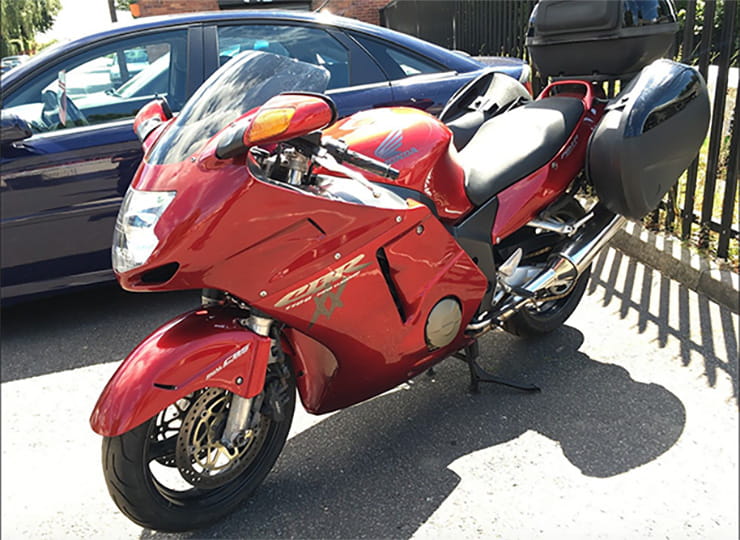 Honda never got too wrapped up in the whole ‘fastest bike in the world’ thing, in the 80s and early 90s they left if to Kawasaki and Suzuki to fight over the crown.

Then suddenly Honda went for their throats. The CBR1100XX Blackbird was their answer. It was an all new model. The ingredients were familiar, a big double overhead cam water cooled four cylinder engine was at the heart of the bike, but it was also a styling exercise that resulted in a stealthy looking machine.

The lack of garish paint schemes added to its credentials, and the three paint offerings of black, grey and red were all classy in their own way.

The Blackbird was rumoured to be a genuine 200mph street bike, but we all know better than to believe the hype. The reality was a genuine 180mph ish depending on whose propaganda you choose to believe.

It wasn’t all about power though, other things about the Bird were impressive, its comfort wasn’t compromised in its quest for speed and the build quality was superb. This is a 1999 model, and it still looks fresh and bright, with 45,000 recorded it’s barely run in, these engines will churn out mega mileages with regular servicing. Many owners prefer these early carb models to the later fuel injection models, therefore prices have rarely hit bargain basement levels, if anything they’ve bounced back in the last few years. This bike is up for £1,995, it’s even loaded with a full luggage set, which could be useful or taken off and sold on to make the bike an even cheaper option. 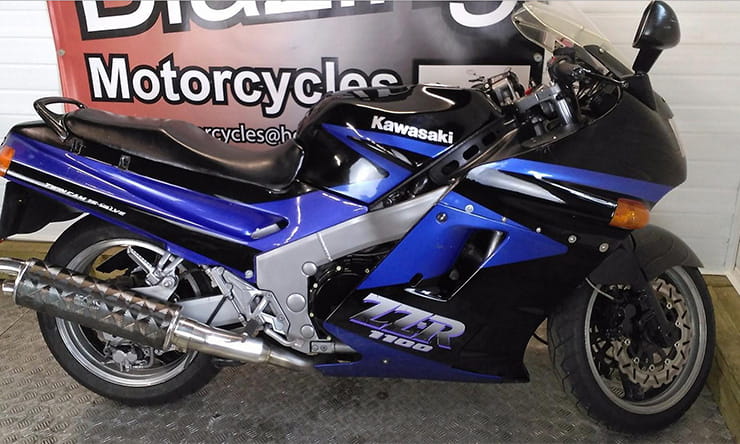 Kawasaki has always had a thing for producing the fastest street bikes, the Z1 started the connection, bikes like the GPz1100 and GPz900R helped Kawasaki retain the pub bragging rights. The ZZR1100 was the fastest road bike you buy from a dealer for many years, but that doesn’t automatically make it a good bike.

The ZZR1100 wasn’t without its issues, anyone who’s owned one will know this, especially if you rode it all year round. Winter riding reduces the ZZRs life expectancy, the polished wheel rims corrode, brake callipers seize and anything metal gets attacked. Finding an early ZZR1100 is excellent fettle is tough task. The D model that replaced the C model wasn’t much better. Adding to my cautious approach is mechanical mayhem; poorly serviced bikes will end up running rough and its quiet common for a ZZR1100 to chuck a con rod through the crank cases if oil levels dip. If you want to buy one of these rocket ships I’d recommend buying the best you can find and to avoid any bargain offerings. This bike looks fairly honest, there’s 56,000 miles under its belt and it’s still wearing its original paint with pride, the standard exhaust rotted years ago, so it’s no surprise that it’s fitted with an aftermarket system. With an asking price of £1,395 it’s definitely cheep speed, just double check that those Tokico brake callipers are in full working order before exploring the throttle. 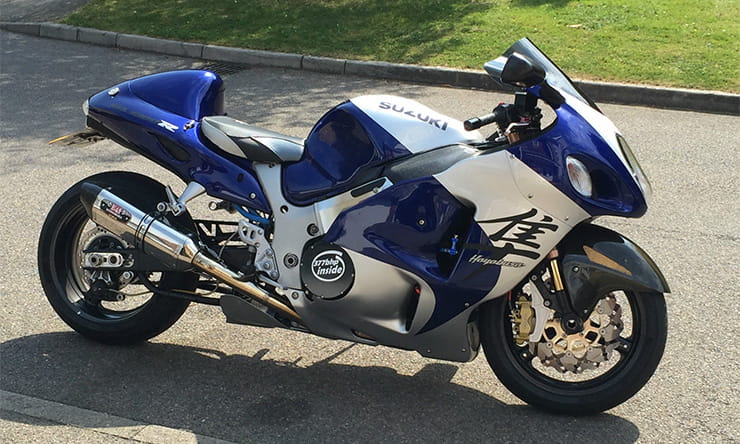 The looks of the Hayabusa are either something you love or loathe, I actually don’t mind them but many people are less on side.

When it arrived it aced the Honda Blackbird and for years it was the quickest thing out there. This doesn’t stop people tinkering and wanting more, sometimes much more.

The turbo helps this beast to chuck out 377 BHP, the owner makes no attempt to disguise the fact that this bike was created by him to go fast.

The fact that it spins the back wheel at 130mph is pretty impressive.

Helping to keep this Busa moving forward is an extended wheelbase, ideal for Santa Pod but probably a bit extreme for nipping down the shops on? This bike must have cost a bomb to build, and at an asking price of £9,999 it’s probably the fastest thing on the market this week you can buy for your buck.