In this week's instalment of 'The Good, The Bad and The Ugly', our bike breaker Scott Redmond has been searching the web to find a range of 90s air-cooled Ducati gems. 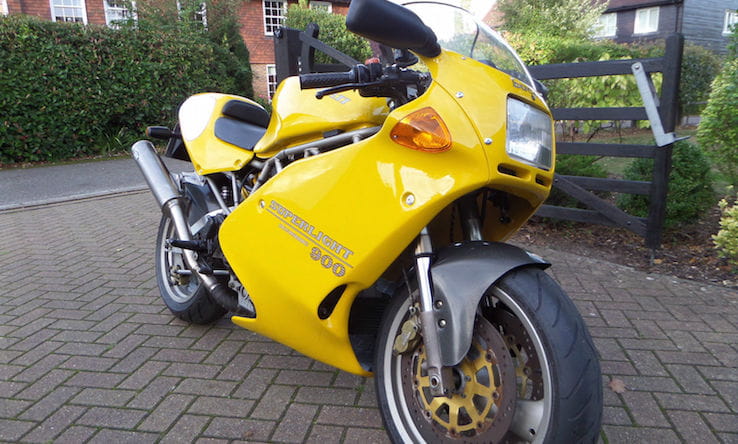 1994 was a massive year for Ducati. Their all new 916 was launched. It was a model that would shape the direction for the brand that had mostly been known for big air cooled twin potters.

The 900SS had been a steady seller for the marque, but times were a changing and the charm of the twin cylinder bike was no longer enough to convince people to part with their cash for one. The mid 90s was a great time in motorcycle development. Every manufacturer was up to something to push the boundaries. This limited edition model is basically a marketing ploy to add race cred to a tired road based model.

Ducati built just over 750 of these pimped up 900s. Out of those 496 were finished in yellow. Each Superlight came with a plaque on the top yoke boasting its unique number, this bike is number 479 of the run. It hasn’t always looked this goodthough. The seller explains in his advert how in the past the bike had been stolen and recovered. This means that its recorded on the insurance database as a cat C pay out. Therewill be some people who'll find this off putting, but to others it doesn’t matter. There’s one thing that is a fact though, it will harm its value. The asking price for this mellow yellow beauty is £4,250 which is not the cheapest Superlight that I’ve stumbled upon, but it’s not the dearest either.

The Superlight model came with a single seat unit.
The cam belts add to maintenance costs. 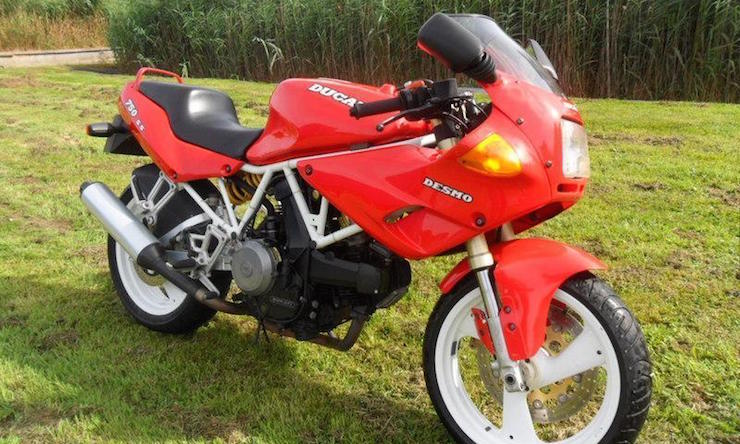 Sandwiched between the 900SS and the 600SS was this, the 750SS. It’s pretty much a forgotten model that was largely over looked at the time. Many of the components that make up the bike are common with either its bigger or smaller sibling. Ducati were great at doing that!

It’s quirky looks are mostly down to that fairing. For me, the full fairing option looks better but with this half faired version, at least that lovely looking engine is on display. Many people refer to the Ducati configuration as a V twin. Beware if you make this mistake, they’ll soon be a purist around to correct you and explain that it’s actually a L twin.

Of the three SS models there’s no doubting that the 750 is the rarest, but that doesn’t make it the best. Info on this bike is scarce on the advert. Other than telling us that there’s plenty of receipts, the seller pretty much leaves us in the dark. At £3,495 it’s tipping the scales for a 750. I’d be tempted to find the more readily available 900SS for the same bucks.

Electrical issues blight Ducati models from this era.
Many 600SS bikes ended up on track, the DesmoDue race series was a cheap way of racing a Ducati. 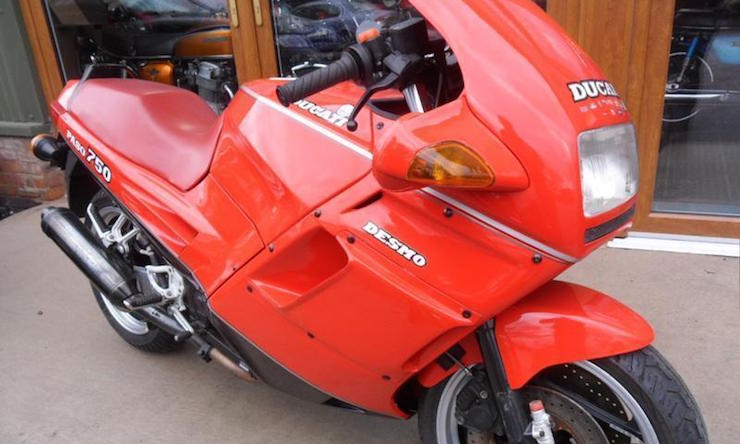 There’s an old saying that suggests sometimes something can be so bad that it’s actually good. I’ve never really understood the logic of that but suddenly it’s making a bit of sense.
The Ducati Paso is a distinctive looking bike but under that 1980s CBR inspired envelope of plastic, lays a 750 air cooled engine. When you compare the Paso to its GSX-R, VFR, ZXR etc rivals of the time, you can see why it bombed out in the sales charts. The bad news doesn’t stop there. It wasn’t just slower than its immediate competitors, it was also more expensive. Never a good mix. Even more ironic was the catchy slogan that accompanied the bike on its launch, ‘our past has a great future’ maybe it loses something in translation?

This example was registered in September 1990 and for a 27 year old bike, it’s looking in fine fettle. It’s only covered 23,000 miles and appears to have been cared for. With anasking price of £3,295, it isn’t overly expensive but if the Paso is a model that floats your boat, might I suggest finding a 906 version. The water cooled engine was far superior, even if the looks weren’t everyones cup of splosh.

The Weber carb was another fly in the ointment, later models got fuel injection.