This week's selection sees the Honda CBR600 under the spotlight. 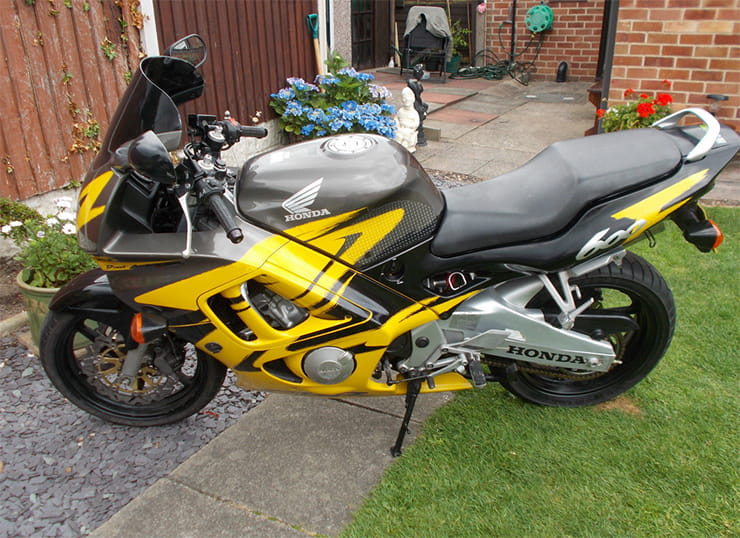 If you haven’t owned a CBR600 in the past the chances are you might have considered buying one at some point? For thirty years Honda have churned out a four cylinder sports 600.

The 1991 to 1998 models (FM to FW) were the biggest sellers in their day and still going strong a couple of decades later. The recipe was simple, a bike that could do a multiple of tasks, like the Swiss army knife of motorcycling.

Touring -no probs, commuting - easy peasy (thanks to its comfy perch), scratching around the lanes - a piece of cake, and so on. The steelie CBR600 ruled the proddie 600 class for years and even now there are various race classes to thrash the CBR600 in.

The 1991 FM model was dominant when launched.  The other 600s at the time looked daft and for years struggled to keep up with it on the showroom sales statistics. So why were they so popular? Easy, they were versatile and had a superior build quality which added to the competition. The centre stand also helped sway people to buy one, or was that just me? There isn’t anything overly remarkable about the design, a steel frame carried a four cylinder water cooled sixteen valve engine. The chassis wasn’t overly techy either and it even had twin pot brake calipers upfront, retro!

Between the FM and the FW there were various changes. Bhp crept up a bit, thanks to ram air appearing towards the end of the models run, cosmetics got tweaks and the rear rim width went from 4.50 to a 5 inch rim on this model. Thanks to them selling by the boat load it meant there was still plenty of them about on the used bike market. Really tired ones can be found for around £500, but with decent bikes on offer around the grand mark, I wouldn’t bother penny pinching if I was in the hunt for one. This is a brilliant example of what I’m banging on about. For £1,250  here’s a bike with a stack of paper history and even better it’s just had a wad spent on it. It’s even got its original toolkit, nice. 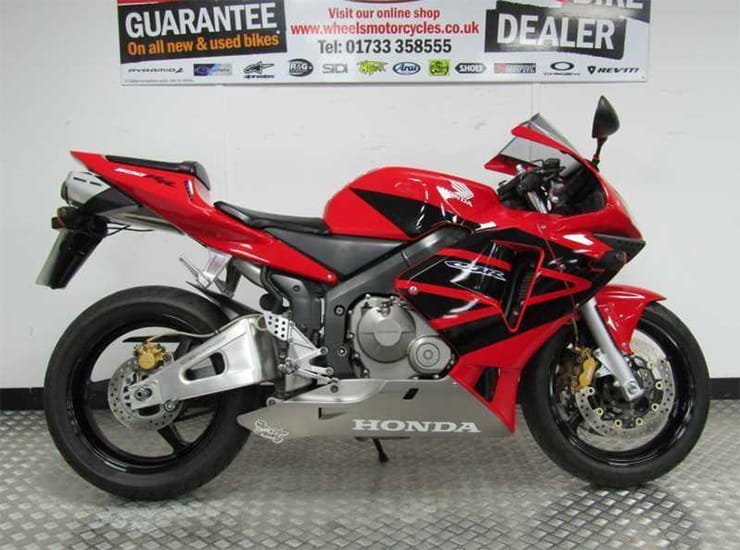 The CBR600 had to change with the times and with the 600 class heading off into the serious race replica direction in the late 90s, Honda had to follow suit. After a few attempts at creating a pocket rocket 600, they hit the nail on the head In 2003 with the RR3 model. This bike is a 2004 model of that bike, hence it being called the RR4. This model still looks fresh today, the craze for under seat exhausts from the early noughties is the only obvious visual that gives its age away.

Peak power was 115bhp although it took lots of revs to find it and the redline was in the heavens at 15,000rpm. Needless to say, it was happier the faster it was ridden, which did nowt for the fuel consumption. Adding to the problems was zero under seat storage and not much in the way of pillion created comforts. The bike was a focused racer. The all rounder CBR600 was dead. 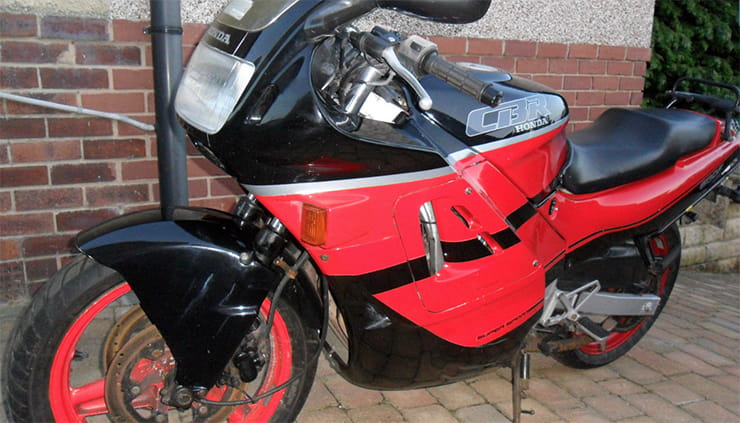 By rights the early CBR600s should be collectors items with price tags of thousands of pounds around their necks. They aren’t though, for well under a grand you can own the daddy of all CBR600s.

Theses early bikes were great in there day. They weren’t ever exciting like the 500GP reps of the day but they never blew up either. They are a solid design. The styling divided opinions and its not aged too well. This bike is on offer for £795. That’s peanuts.

It’s still sporting its original paint, which is always nice to find on older machines. There’s 58,000 miles on its bores which sounds a lot, but these engines can handle it. My concern would be the suspension, there’s no mention of an aftermarket shock fitted and it will need one. It does though have a rack!

For the money you can’t expect too much, but factor in the dated looks and that for another few hundred quid you can enter FM model territory. Maybe in time these jelly mould models will demand a premium, but I wouldn’t buy one to look at