It's Friday and that can mean only one thing - Scott Redmond has been burning the midnight oil in search for three bikes, one good, one bad and one ugly. This week we look at the ultra exotic motorcycle maker Bimota. Don't let the 'ultra exotic' tag fool you though, there are some clangers in the Bimota back catalogue!

Take it away Scott... 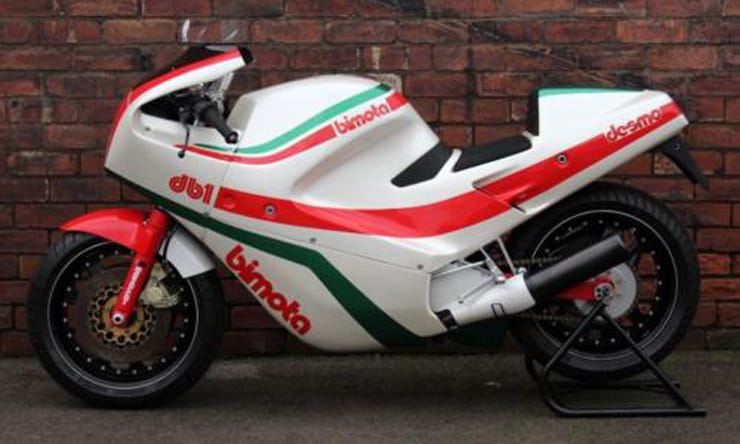 This Bimota has spent most of its life in a private collection and only covered a total of 1300 kilometres from brand new. From a company that created bespoke motorcycles in limited numbers there’s a few contenders for which model is the rarest, in my humble opinion this DB1 must be in with a shout of that title. Most Bimota models came and went quite swiftly the DB1 is a perfect example, only being built for a very short period of time between 1985 and 1986.

Originally designed by Bimota chief technical director Dr Frederico Martini who had worked for Ducati in the past. This lead to the creation of the first ever all Italian Bimota, of which only 400 were ever built.

These bikes were built with a no expense spared approach, even the choke lever was mounted in a billet aluminium tube in the centre of the most exquisite fork yokes ever made.
This is a very rare chance to own an iconic and hugely desirable motorcycle which is a superb investment opportunity.

The seller advises us that this  Bimota DB1 has just undergone a complete re commission, including cam belts and runs as good as the day it was built.
Adding to the wow factor  is it’s offered complete with handbook, service book, paddock stand, toolkit and even has the little 4mm Allen key to remove the seat to access the storage.
This DB1 must be unique and it’s easy to forget that it’s getting on for thirty years old.

The asking price of £26,500 is maybe optimistic but where else can you find such a perfect example of an iconic machine.

Bimota name their machines by mixing the initial of the engine manufacturer with their own B from Bimota. 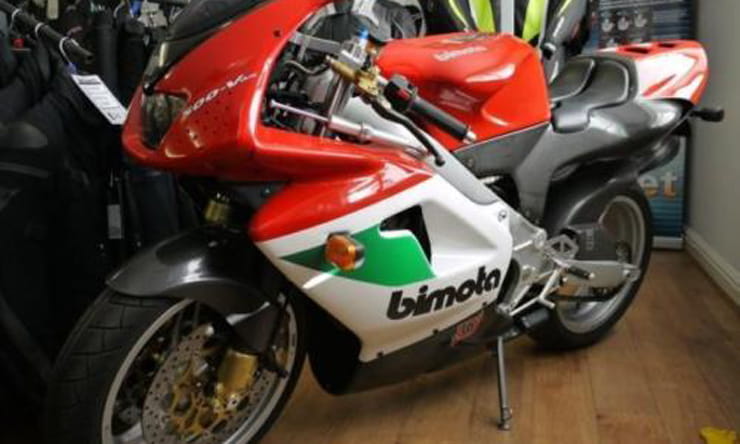 Having made frames for many of the best engines ever created, Bimota took the brave step to build their own engine, this allowed them to create a 100 per cent Bimota bike.

Bravery and stupidity are a fine line, the power of hindsight allows us to realise it wasn’t a great idea. The bikes that eventually rolled off the production line were quickly returned by unhappy owners. The engine and fuel injection weren’t as polished as the chassis. The damage was done and the press laid into the story. Time hasn’t been overly kind to the model, there’s no real love for it still and internet forums light up whenever one appears for sale. Prices vary vastly, some owners tout them around for well over £20,000 though the last one I heard off that actually sold was well below that.

This bike is priced at £18,995, that’s roughly the price of new Fireblade SP, which one would you sign on the dotted line for?

One way to fix the iffy fuel injection was to fit carbs! 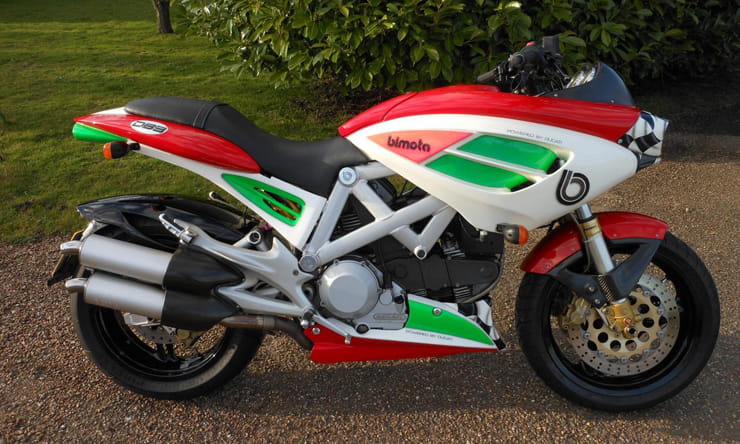 What was Bimota thinking when they designed the Mantra? The result wasn’t something you’d have traditionally associated with the factory. The engine was taken from the Ducati Monster 900, park the two together and I know what one I’d want to ride away on. There’s some love building for these quirky bikes now, some people who buy them often own more than one!

At £6,995 it’s one of the cheaper ways into Bimota ownership. This one looks even more striking with that bold paint job, an everyday machine it might not be but if you like a motorcycle that brightens up your day, then step this way!

Of all the Bimota motorcycles the Mantra is widely accepted to be the best to ride in real world situations.