This week's selection relates to the forthcoming all-new Fireblade and the fact that Bike Social's Marc Potter is riding one up the hill at the Goodwood Festival of Speed this weekend. 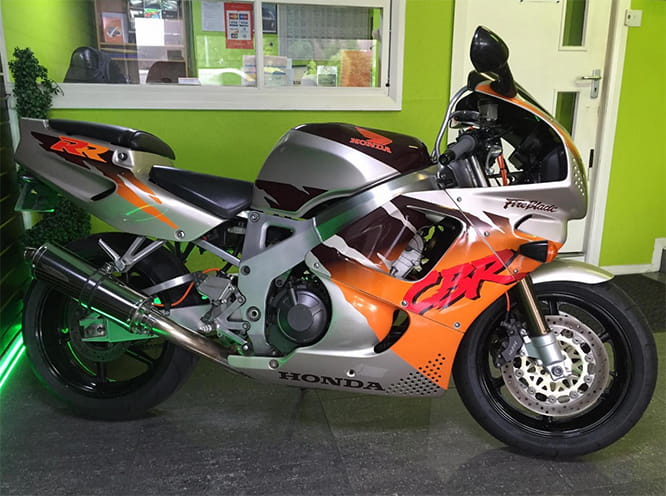 Fifty shades of beige, it wouldn’t sell a copy would it? Beige is a colour that takes you straight back to the 70s and British Leyland cars. It’s strange then to accept a brown motorcycle could be accepted, let alone deemed cool.

Honda pulled this unlikely triumph off. The Urban Tiger is the best of all the carb model FireBlades, it even outshines the original 92 model in my opinion. The Foxeye Blade came along two years after the RRN had arrived, it had that funky looking headlight that gave the model its Foxeye nickname. It was also blessed with superior suspension over the original model, although the sixteen inch front wheel remained on the team. The silencer was now an alloy finished item, instead of the black finish of the previous model. The upper fairing was also wider, useful for giving the rider some extra protection from the elements. This bike looks pretty good. The original exhaust system is long gone and a sportier one now fitted, which is either a good or bad thing depending on how you like your bike to be? It’s not covered too many miles, with 28,000 miles on the clocks there’s lots more fun in this Blade.

With lots of us looking back at the bikes we used to own through our rose tinted specs, prices for these 90s Blades are creeping up, at £3,999 this one is at the peak of the price scale. They do come along cheaper, but supply and demand is starting to dictate what the market will suffer. 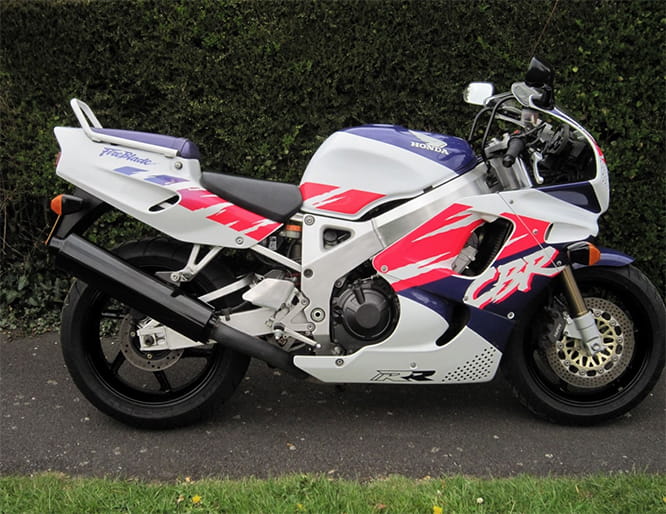 You might be puzzled why the RRN is my ‘bad’ candidate. It’s bad in a good way, honest.

The Fireblade dumped every other sports bike on its rump. It took the opposition years to catch up with this leap in motorcycle development, and it wasn’t until the R1 arrived in 1998 that the Blade was surpassed.

The first model of a range will always become the most wanted, but that isn’t really the case with the Blade. My good choice of the Urban Tiger Foxeye is the one we mostly swoon over, but why?

The RRN might have been a milestone but the other bikes of that era carry much love and fondness. Despite being aced by the CBR early 90s love is showered on the very bikes the Blade killed off, big oil cooled GSX-R1100s and even ZZR1100s offer that happy days fix at a fraction of the asking prices that early Blades command. This RRN is up for £3,800, typically good clean early model Blades appear on the market around this sort of dollar, whether they sell or not is another matter. The RRN is an excellent machine, and represents a major development in modern sports bikes, it’s also a victim of its own success. 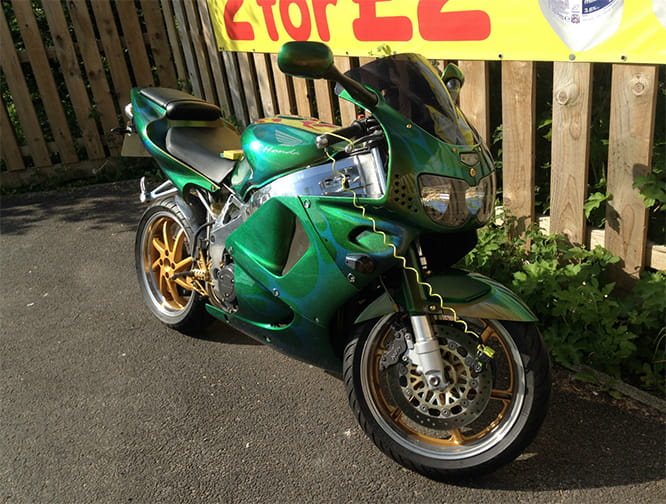 The Fireblade was designed by Honda to be the sharpest sports bike of its era. They shovelled yen into the R&D of the model and sat back slapping their backs with a job well done.

When I see modified bikes I often wonder how the technical people back at the factories would react?

I’m all for tinkering in the shed, but sometimes a bike goes too far away from its identity and ends up a confusion of parts. That’s where I’m at with this Blade. There’s no doubting that plenty of hours and cash have been pointed in its direction, but does the finished article reflect this? Customised bikes end up being personal to person who create them, can you buy someone else's project and move on from it being the bike that Jack or Jill built?

The VFR750 single sided swing arm gets a fair chunk of my attention. I used to sell these pro arm set ups from VFRs I’d broken for parts, it was a popular mod in the day to fit them to the Fireblade. There were two immediate draw backs, one was the weight they added and the second was they added unwanted mm to the wheelbase, helping to blunt the Blades sharpness. The under seat pipes aren’t really doing it for me, and although there’s skills in the fancy paint it’s not an improvement on the classy Honda offerings that the CBR arrived with. Maybe I’m missing something, but there are other bikes that benefit or suit these type of makeovers better? The bike is also too far from stock to be restored back, still if you like your Blades to be in your face, then this is the answer to your prayers.