This week he's looking at three distinctly different bikes featuring the five-valve-per-cylinder design championed by Yamaha for over two decades. 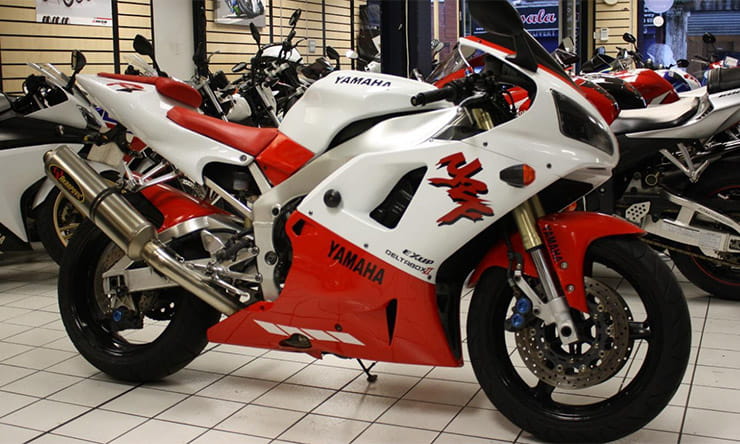 We’d seen all the ingredients before, a Deltabox frame, race track inspired styling and five valves per cylinder, but it wasn’t until the original R1 arrived in 1998 that everything really came good for Yamaha. Their FZR1000 models had come and gone, with each version getting more and more bloated over time. Thankfully Yamaha went back to the drawing board to create a brand new model. Just remind yourself, the Thunderace was their flagship sports bike model prior to the launch of the R1.

The R1 stole the headlines and overnight even the FireBlade looked like a soft option. There wasn’t anything else coming out of Japan to challenge the 4XV. The hardest choice if you wanted to buy one was choosing the colour, as both the red/white and blue offerings looked stunning. The heart of bike was the engine. It featured a stacked gearbox that allowed a shorter wheelbase to be achieved. It also featured Yamaha's five valves per cylinder technology, three on the inlet and two on the exhaust. That's 20 valves in total across the four cylinders.

It was a five star motor. Eighteen years on, a well looked after R1 still makes a more than adequate road bike. These days it’s seen as a classic bike, which is crazy as it only feels like yesterday that they were launched.

Finding a good bike isn’t that easy as many have been raced, crashed and stolen. Good bikes can be found but they carry a premium. Not too many remain 100% original and this £2895 offering sports an aftermarket silencer and few cosmetic extras. All can easily be rectified if you like your bikes stock, or you could go to town and mess it up further! 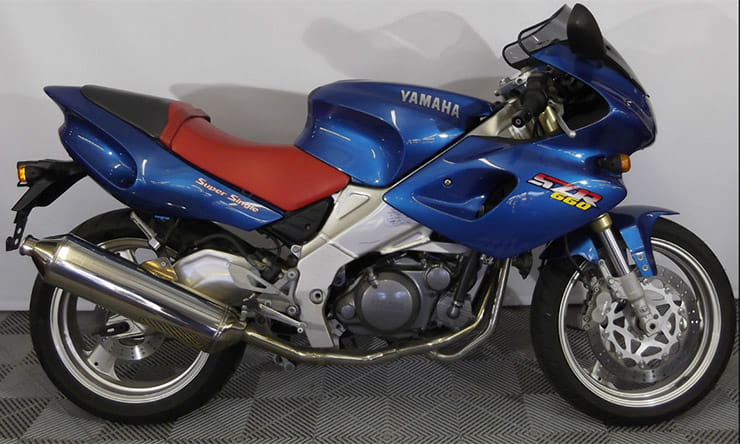 Some things are so bad that they end up being good. The Yamaha SZR660 isn’t one of them. The super single could have been a weapon but for many reasons it failed miserably.

The SZR is something of a parts bin special. Built in Italy by Yamaha subsidiary Belgarda, the aluminium Deltabox frame came from the TZR125SP and the watercooled engine from the XTz660 Tenere enduro bike. It was aimed at the European market, where there was a (minor and thankfully fleeting) fad for singles.

Single life proved to be a letdown for Yamaha. With only 47bhp to shove its 159 kilos along, the SZR660 wasn’t ever going to be a rapid machine and the five valve technology is wasted. The engine was more at home in the XTz660 and the rest of the bike lives in the shadows of that awful bodywork.

This bike, sold by legendary dealer Padgett's of Batley, is technically brand new. It's never been registered, meaning that you can be riding around on 66 plates despite it being nineteen years old. At £5,399 it’s not terrible value for money, it’s just not a terribly good bike.

The frame was based closely on a Yamaha TZ250, that's if Yamaha propaganda can be believed.

The carb on the SZR uses both a slide and a butterfly style body. 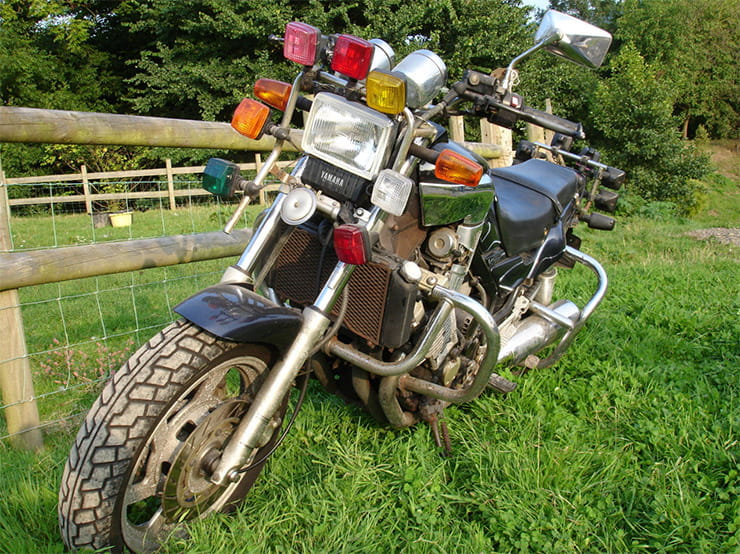 The 1985 FZ750 was the first Yamaha road bike that championed five valves per cylinder, but Yamaha also served up the engine in this custom looking bike. Squint and it looks a bit like a V-Max (from a distance at least) and despite the cutting edge engine and mad max styling, the FZX750 never sold well at all. Three decades on and the FZ750 is a bonafide classic bike with the price tags to prove it, yet the FZX is forgotten.

This example comes with added ugliness in the form of some bizarre coloured lights at the front and rear. The advert explains how it was imported recently and was a training school bike back in Japan. The bike looks like it’s had a tough life, it’s going to need some elbow grease to make it ship shape again, but at £1195 it might be worth a punt if you're a real motorcycling masochist or fancy setting up a sideline in mobile discos.

The engine is the same unit as used in the FZ750, though different markets used some variations of CDI to meet local power caps.

The downdraught carbs are sensitive to exhaust changes.