“The new 600cc sportsbike market might be a shadow of its former self,” says Scott, “but there’s a huge range of great machines available second-hand. And they’re not all pocket-rockets. If riding and enjoying a bike is more important to you than outright power bragging rights, then take a look...” 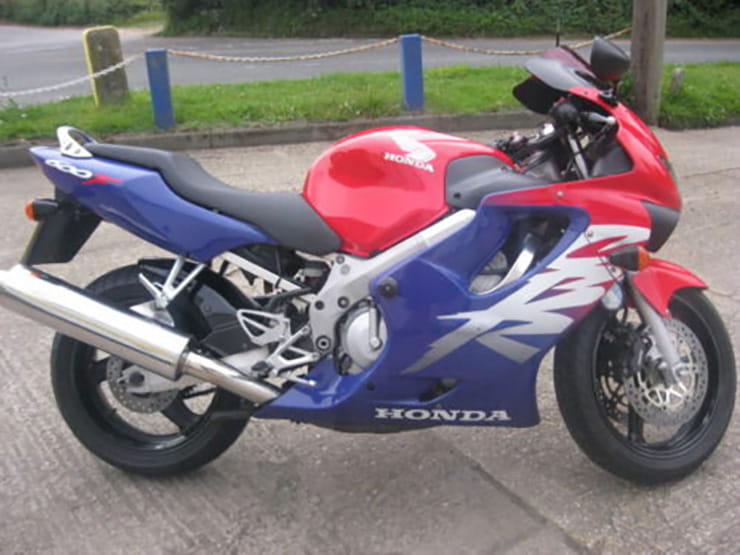 For a fiver less than two grand you’ll be hard pushed to find a better 600cc machine for the money, and this engine size still makes plenty of sense for those looking for a decent and cost effective way to enjoy the thrills of motorcycling. The CBR600 spanned over three decades, with some brilliant models within that timeline.

Having ruled the class throughout the early to the mid 1990s, suddenly the steel framed CBR600 needed a total makeover, because Yamaha had stolen the market with its R6, and the other manufacturers threatened to relegate it even further down table.

Honda ditched the steel frame and followed the herd with an all alloy chassis, but this bike had plenty of other updates – the brakes were better, suspension upgraded and many other nips and tucks. Thankfully it still came with a centre stand, unlike all of those other sporty offerings it went up against.

The Honda build quality means that this 18-year-old CBR600FX is still in tip-top shape. Helping it to shine is the fact it’s only done 12,246 miles from new. The bike is even blessed with its handbook, original toolkit and there’s an old brochure that comes with it. Without a doubt it’s also in the best colour scheme for the model.

Anorak Fact: The FX and FY model have a pretty poor tank range – around 120 miles is about all you’ll get; less if you thrash it. 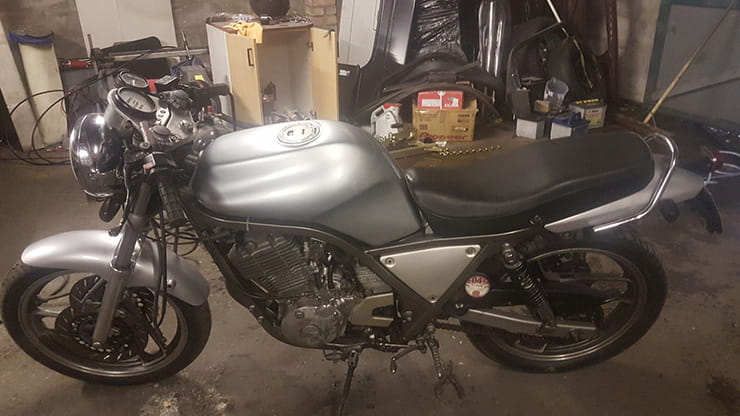 The ’80s saw a revival for the single cylinder roadster styled bike… it’s hard to see why though when you take a prod at this Yamaha SRX600.

Yamaha and Honda both went for it with their own take on what an air-cooled four-stroke single should offer. The Honda XBR500 took the classic option – its lines and styling would’ve appealed more to your dad back in the day. Fast forward and a decent XBR500 carries a price tag of £3,000 upwards. The same isn’t the case for the Yamaha SRX600.

Yamaha approached things from a different angle – the SRX had much sleeker styling yet retained classic ingredients like the round headlight and twin-shock suspension. Truth is it was pretty much a parts bin raid; the forks, wheels and brakes were all lifted from other bikes in the Yamaha range. The engine was basically an XT600 item, and the lack of electric start made firing it up a bit of an effort with only a kickstart to rely on.

Build quality was patchy, and the model came and went pretty swiftly. Finding an SRX600 can be tricky; many bikes have been broken for parts, while that single-cylinder engine is still popular with special builders and single cylinder racers. This one isn’t overly wonderful – it’s had some recent love but it still lacks that finished look. Priced at £1,595 it looks expensive. Well, until you compare it to XBR500 prices. 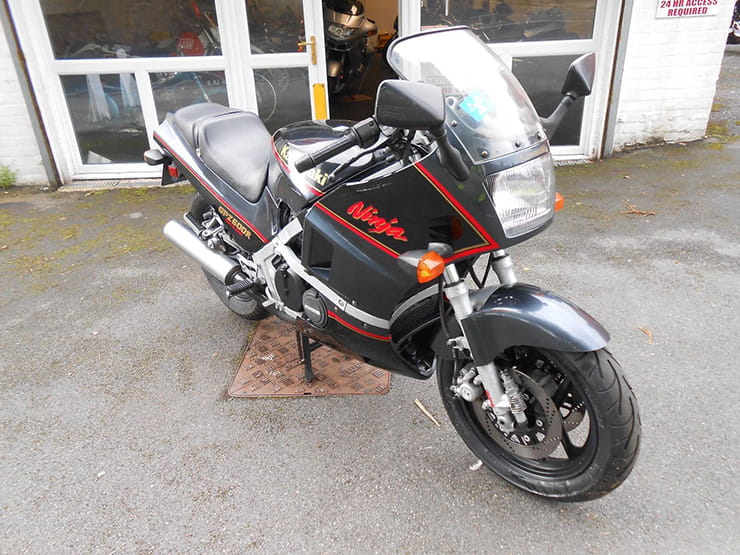 If history is written by the winners, why isn’t the GPz600R a bonafide classic bike that commands sums of money that increase on a weekly basis? Probably because the GPz600R might have been the first pukka sports 600 from the land of the rising Yen, but it was by no means the best 600.

The Kawasaki’s looks aren’t racy enough to get your pulse pumping, and the engine isn’t the power-band happy motor you’d expect it to be. This does mean prices are very subdued for a bike that might one day get the praise it actually deserves.

This motorcycle is keenly priced at £1,295, though it does require a service and going over. Good, clean GPz600Rs are tough to find, so if you’ve always promised yourself one, now might be a good time to treat yourself.