Pick of the Ads: Yamaha R1s

This week’s Good, Bad and Ugly is all about the Yamaha YZF-R1.

“With BikeSocial out at the launch of the latest Yamaha R1M,” said Scott, “we headed to eBay to look for the Good, Bad and Ugly of all things R1. 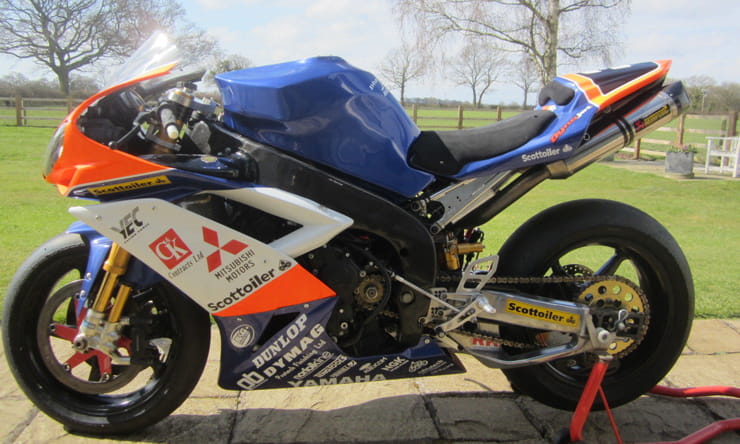 Let’s not forget that the R1 is a race-bred machine, not all the bikes sold by Yamaha end up being used on the road. There’s no shortage of R1 track bikes on the market, these range from damaged repaired road bikes to purpose built bikes that competed in serious competition from new.

It’s easy to see why so many genuine race bikes get broken for parts over the years, stripped of their fancy suspension, lightweight wheels and other performance extras, they can sometimes be worth more as a pile of parts than a complete bike. This ex World Endurance Championship bike is a chunk of motorcycling history, having competed at WEC rounds throughout the 2008 season. It’s currently living in no mans land, too out of date to be used in competitive racing, yet not quite old enough to enjoy its retirement at classic inspired race events.

The spec is impressive, there’s Ohlins race USD forks, and a matching unit at the rear. The swinging arm is a Yamaha factory race item, the more you look the more you see, and yes they are magnesium rims and that fuel tank is alloy. Unlike many ex race bikes that end up like Trigger’s broom, the seller can provide any interested buyers a full history with the bike.

Anorak Fact: Yamaha went back to using four valves per cylinder on the 5th generation of the R1. 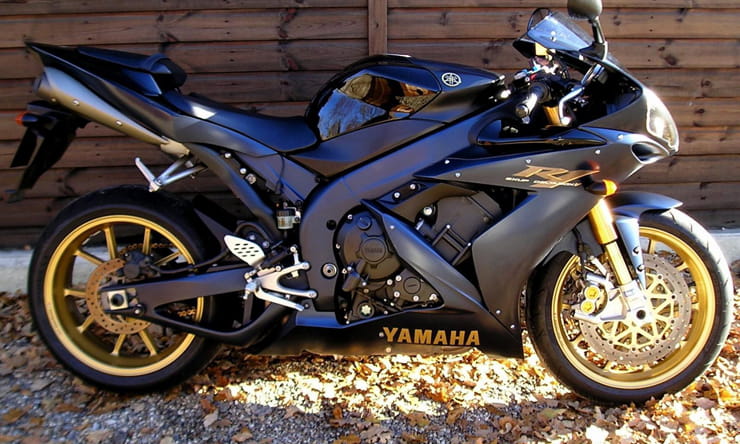 By the mid noughties the R1 was playing catch up, the three other Japanese manufacturers had not only caught up with the R1; they had surpassed it. It was a golden time for the one litre sportsbike. To try and stay ahead of the GSX-R1000K5, ZX-10R and Honda CBR1000 Fireblade, Yamaha needed a new model; until that arrived they pimped up the existing one!

The 5YY model was treated to upgraded suspension courtesy of Ohlins, lightweight wheels from Marchesini and other less in your face mods. It was topped of with a ‘Gunsmoke Blue’ and black paint job.

It’s covered 7,300 miles and it’s been pampered by three owners. The bike is number 47 from the 500 bikes that came to Europe. There’s plenty of service history and even the original bill of sale is present. 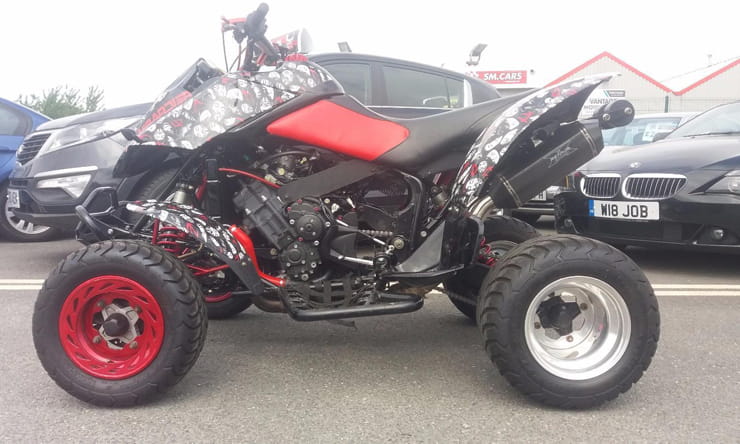 Since 1998 there’s been a healthy appetite for R1 engines, every time an R1 gets broken for parts the chances are that the engine will not go back in a bike. For years the kit car world has utilised motorcycle engines to propel shed built creations and it’s easy to see why.

A four-cylinder 1000cc engine is a compact unit, and unlike car engines everything is contained within the crankcases. There’s no need to add weight with an external gearbox and clutch. It’s not just those building funky motors that are attracted to the advantages of using a high performance motorcycle engine to provide power for their builds. This quad was once powered by a 650cc engine, that was obviously way too tame so at some point a Yamaha R1 was sourced and fitted.

Sticking such a powerful engine in something not too far removed from a go kart will appeal to some, and scare the pants of others!

The seller doesn’t offer too much info on the four wheeled R1, other than to point out that it’s still registered as a 650cc on the V5 - you might want to change that before insuring it!