Today's Good, Bad and Ugly is inspired by round the world motorcycle adventurer Nathan Millward. His long distance tour The Garbage Run is designed to get people out riding long distances on whatever bike they have available to them. For over 25 years Scott's bought, sold and broken up motorcycles for parts. From doing deals in person under the streetlights of London to surfing the web and buying bikes on his phone; he's purchased bargains, howlers and a few he'd rather forget.

"Last week we shared the link for Nathan’s USA garbage run." said Scott. "For this week’s ‘Two Grand Tuesday’ we have a trio of Yamaha dual purpose bikes that could be perfect for the trip and fit within our fictitious £2000 budget." 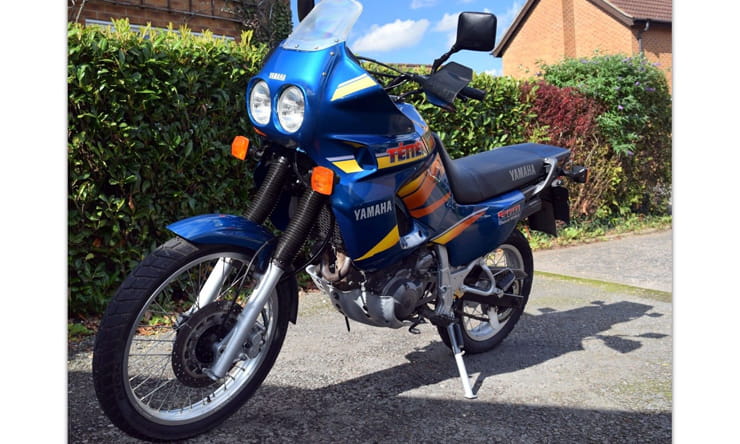 After years of air-cooled XT600 models, Yamaha realised it was time to bring the model up-to-date with a new water cooled engine. So, in 1991 it launched the XTZ660 Ténéré.

The engine was all new; not only was it water cooled but it also came with five valve technology, although this wasn’t anything overly new, Yamaha had first unveiled the concept back in 1985 on their FZ750.

The original 1991 XTZ660 model ran for a few years before Yamaha tarted up the bodywork. Gone were the tiny single headlamp and skimpy fairing, and in came two round headlamps and bodywork inspired by the Paris Dakar race bikes. It was a steady seller and finally bowed out a year before the millennium kicked in.

This example we’ve found is probably one of the better machines to survive. With only 18,900 miles covered from new everything should be in pretty decent shape, the original exhaust is long gone, instead there’s a Predator system hooked up to the Ténéré now.

The advert reads well but there are a few negatives hidden between all of the good stuff. There’s nothing too terrible, some cosmetic blemishes to the bodywork and a rev counter that no longer works aren’t the end of the world. At £1,750 it represents decent value for money, with a years MOT included it’s ready to buy and go and explore.

Anorak Fact: The name Ténéré comes from a stage of the famous Paris Dakar rally. 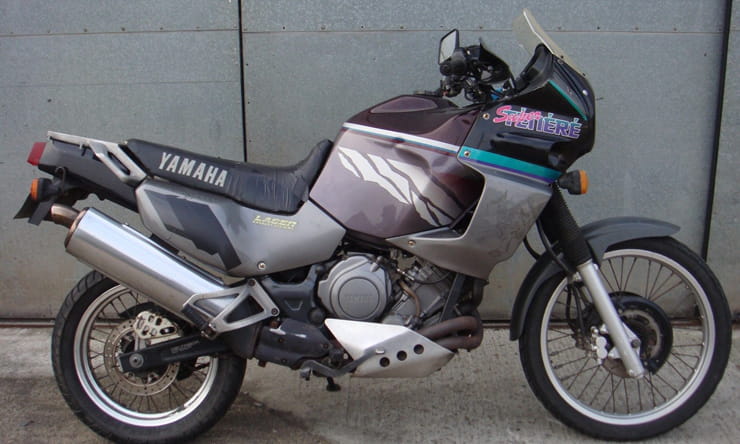 On paper the XTZ750 appears to be a brilliant design; the looks are pure Paris Dakar, the engine incorporated everything that Yamaha knew about four stroke engine development and it was dead comfortable to ride. What wasn’t overly obvious from the blurb was the weight of the machine, the iffy build quality in places and ultimately the Africa Twin 750 was a better bike in pretty much all areas. These days you can’t move for adventure bikes but not everyone can stretch to the prices of a new one. For trundling across America the XTZ750 would make lots of sense, more so when you take onboard Nathan’s hints that there could be some dusty trail riding on route.

Decent XTZ750s are few and far between mostly down to their advancing years. This bike is a fresh import to the UK, has yet to be UK registered and will need some tlc before anyone will issue it with a new MOT certificate. The tatty mismatched bodywork can easily be sorted, especially if you’re not too fussy about achieving a showroom finish. The biggest plus with this machine is the low mileage; since 1992 it’s only racked up 14,765 miles. The asking price is £1,395, and with a few hundred quid spent wisely you’d have a very capable steed.

Anorak Fact: The XTZ750 engine was the basis for the TDM850 model. 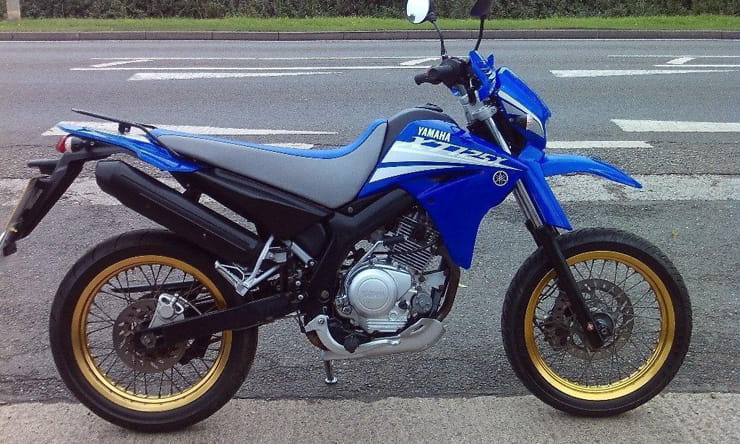 A 125cc bike might not be your first option if you are looking to go on an American road trip, but Nathan himself is a massive fan of tiddler machines, so there’s obviously something in it.

A trip across a country with a 55mph speed limit also means a 125cc could be a smart move. The XT125 is a well proven bike, loved by learner riders and those who are far more seasoned. This means prices are strong, any bikes that appear for below a £1,000 usually have a few negatives lurking within. This bike isn’t cheap, but it does look a pretty straight, there’s even a new tyre fitted and only 5,000 miles recorded.

The seller does mention it’s had a new speedo fitted, so it might be worth checking why, and seeing if there’s any service history that confirms that 5,000 mile figure quoted.

Anorak Fact: The XT125 attracts owners who do abuse them, they are also a target for being stolen by joy riders. Get a decent lock.