Pick of the Ads: V4s

Today's Good, Bad and Ugly takes a look at three bikes that all have a V4 configuration.

“With the new Ducati V4 Panigale now arriving in the UK,” said Scott, “what better time to dive into the classifieds and look at some V4 motorcycles from the past.” 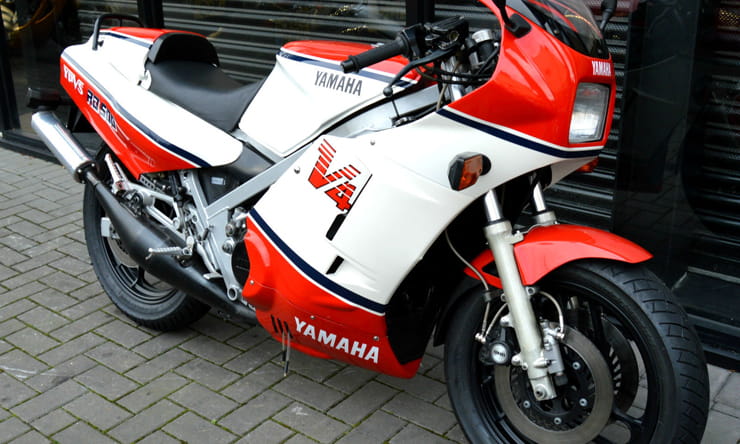 If you think that manufacturers building up a buzz around a new model is a new thing, think again. When Yamaha revealed plans to build a road going motorcycle that boasted similarities with its 500cc GP racer, nobody could predict the outcome. According to the motorcycle magazines this was to be the craziest two-stroke that came with a manufacturers warranty, it was a must have for every stroker fan. Any thoughts of production racing and world domination quickly faded, it wasn’t quite the thriller that the pre-launch hysteria had lead us to believe, who’d have thought it?

Ultimately Suzuki watched and did the job properly with their stunning RG500 Gamma. Brand loyalty plays a massive part in a motorcycle purchase, those diehard YPVS fans stayed loyal to the tuning forks logo.

The RD500LC is a true 80s icon, if you haven’t owned one, chances are you might have liked to over the years - unless you’re a Suzuki fan that is.

It’s no surprise to discover prices for these V4 two-strokes have been rising steadily over the last decade. Good ones are hard to find, exceptional ones are near extinct on the open market as most owners tend to hang on to them once they’ve bagged a good one.

This one is a genuine UK model, it’s an early bike and registered on the B plate. It’s hard to believe now that Yamaha had grief shifting the last of bikes towards the end of the 1980s, the initial buzz of the RD500LC came and went quickly.

Any machine that’s over thirty years old will carry the odd blemish, this one is no exception. Our seller fesses up to some marks here and there, the worst one being the cracked single seat converter, not the end of the world stuff, but slightly annoying all the same.

The asking price of £12,995 is pretty fair in the current market, but for this money it does need to have it’s original matching numbers intact. If the bike has stacks paper history, the task of negotiating the price down gets trickier.

Anorak Fact: The Japanese domestic market model came with an alloy frame, we got a heavy steel one. 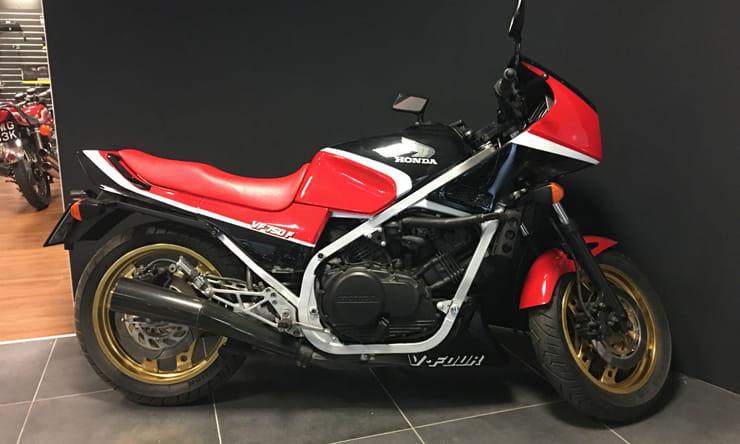 When did the Honda VF750F become sexy? Prices for these early V4 bikes used to be firmly in the bargain basement, suddenly people are asking thousands instead of hundreds for the troublesome VF750F.

To be fair if you find one for sale and it’s running sweetly, the chances are it’ll cause you no unwanted issues.

Back in the early eighties Honda invested heavily in their new V4 direction, the whole range had a V4 option shoved in. From the gorgeous VF1000R down to the VF400F, there was a V4 for everyone. Mechanical issues started to occur from day one, the biggest issue was excessive cam wear. Honda did an excellent job of looking after their disgruntled customers, sadly for them the damage was done.

Bikes were recalled with modified parts to be fitted, but trust is fragile thing, once it’s gone, it’s gone!

The sad thing is the VF750F is a lovely looking bike, and the classic Honda attention to detail is all over it. From the gold anodised Comstar wheels, to that brushed alloy fuel tap that’s beautifully sunk into the side of the angular fuel tank. 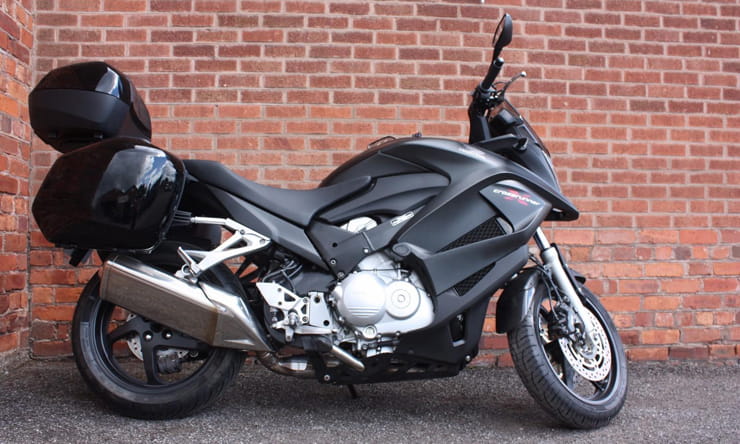 Modern bikes sometimes lack that styling edge of bikes from the past, some will grow on you over time, others just remain ugly.

When Honda decided to create the Crossrunner they didn’t waste too much time and effort on its looks.

The sad thing is the bike itself is pretty decent. Under that bulbous bodywork lurks the heart from a VFR800. That V4 engine is one of most reliable motors ever built. The spec of the Crossrunner is typical Honda; it’s well built and even has a single sided rear end. Prices for these ugly-bugs are the only attractive thing about the bike. You can find them privately from around £4,000.

This one is on offer from a shop, it’s got a fully stamped service book, useful panniers fitted and only 21,956 miles under its belt.

It’s great value for money, but only if you can cope with those dull looks.

Anorak Fact: The VFR800 engine is equipped with the Honda V-Tec system, hit 7,000 revs and it makes its presence known.