"We’ve found three very different bikes that are all very capable of being your perfect daily transport," said Scott. "A big and beefy Yamaha FJ1200, the often overlooked Honda Deauville NT650V, and the learner legal yet full sized Honda Varadero 125." 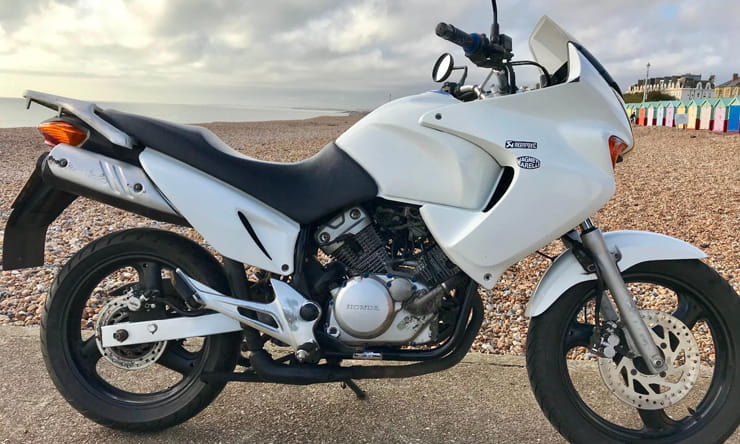 The majority of 125cc motorcycles are scaled down versions of bigger bikes from the manufacturers range, every so often a small capacity bike comes along that’s suitable for those want big bike size, and not just big bike features. The Varadero is the thinking mans ultimate 125cc machine. The youngsters might not be so convinced. Park it next to a race rep 125 and most teenagers would see the Varadero 125 to be the short straw. I know I would have taken a race rep tiddler given the choice when I was a whippersnapper. Wearers of the L plate come in a variety of ages, and also shapes and sizes. The Honda Varadero 125 is one of the biggest 125s you can buy, it stands head and shoulders over the competition. On the used market they rarely hang about too long, especially if they’re in good condition and priced right. This 2003 machine ticks both of these boxes. It’s just had a £300 service and will come with a fresh MOT. The seller will also fit a set of L plates for the new owner. Priced at £1,499 it’s an entry level Varadero. 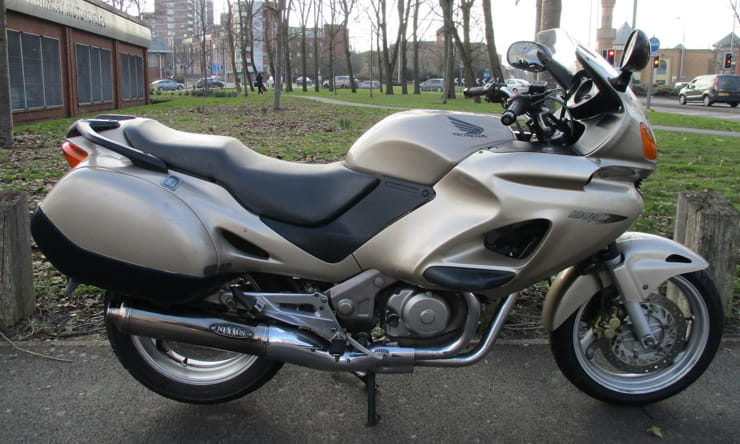 The Honda Deauville is one of those bikes that’s often overlooked and cruelly mocked, it might not be much of a looker, but that’s not a reason to poke fun at the 'Dullville'!

If you’ve ridden one for any length of time you’ll understand how quickly you can fall for its well hidden charms. It’s a brilliant middleweight machine for those who rack up lots of miles. It’s also supremely comfy and not too bad on fuel. With a 650cc twin cylinder engine pushing you along the servicing bills aren’t too hefty either.

Many owners have come from bigger machines, they realise that the Deauville offers all of the perks of a bigger capacity tourer but comes with a more reasonable price tag. This 1999 machine is showing 37,900 miles, yet it hides its age and mileage well.

Other than a replacement Motad stainless steel exhaust it’s remained pretty stock. The asking price is £1 under our £2,000 budget.

Anorak Fact: The Deauville engine can trace its bloodline back to the Honda NTV600 Revere from the late 80s. 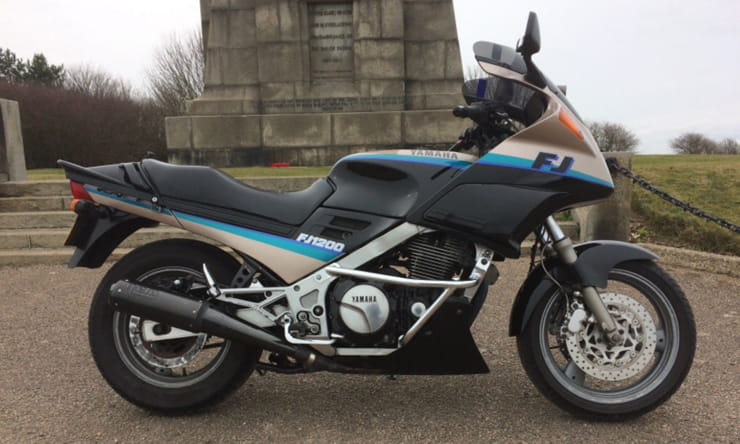 When Yamaha designed the FJ1100 it was to be a balls out sports bike, within a few years of its release it was rebranded as a sports tourer. The cc on the side panels crept up to 1200, and the half fairing became bigger. It went on to be one the biggest selling bikes of the 1990s. This bike we’ve zoomed in on is a 1993 model, you might be thinking that its best years are behind it? You’d be wrong.

A decent FJ1200 still makes for a reliable mile muncher, a poorly cared for one will just be a horrid money pit. A quick read of the blurb on the sellers advert suggests that this FJ is a good bike.

There’s a Hagon shock fitted and the Neta exhaust system looks to be in great shape. The good news keeps on coming, it’s just had a service that included valve clearances and carb balancing. With our loving seller promising to get a full years MOT put on the bike at point of sale, the £1,375 asking price looks more than fair to me.