“With the Z900RS proving to be a popular new model for 2018,” said Scott, “maybe Kawasaki might extend the retro-reboot formula to other smaller models from its air cooled past. Until they do here’s our pick of a few Zed models that won’t break the bank.” 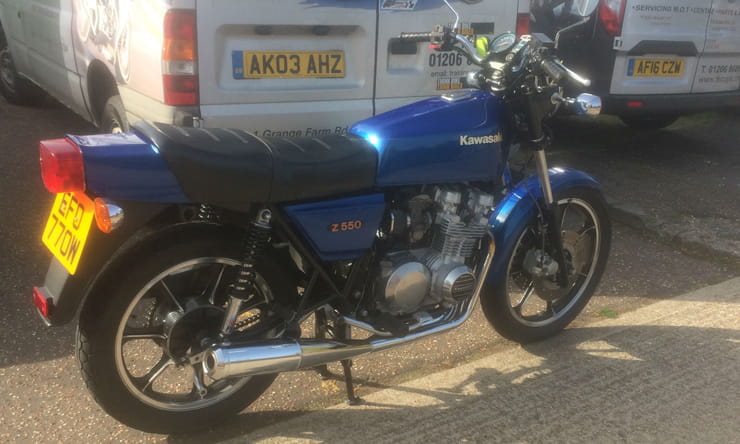 Before the 600cc motorcycle dominated the middleweight class it was left to the 550cc machines to bring home the bacon. Every manufacturer was well represented, from bikes like the over complicated Honda CBX550F, with its inboard discs, to more bread and butter bikes like Yamaha XJ550, that merged RD350LC inspired looks with four-stroke reliability. Kawasaki first entered the fight with a Z500, that quickly matured into this, the Z550. With it’s scaled down Z1R looks (minus the fairing) it was a good looking bike. It sold well and it’s easy to see why. There’s not too many of these 550cc bikes left, trying to find a decent one is a tough job. Every so often though, a good bike like this one appears on the market.

For a bike registered in 1981 it’s in really good shape and the close up photographs reveal plenty of positives. The engine looks handsome, there’s something appealing about the fins from an air-cooled Japanese multi-cylinder engine. The alloy is sparkling, from those engine covers to the edges of the cast wheels. The ‘pod’ air-filters aren’t to everyone’s taste; they might look better than an air-box but unless the carbs have been jetted to suit you’ll end up with major flat spots in the rev-range - not so cool.

This bike even sports a rear mudguard which is a rarity, although it’s easy to see why many got chopped down with a junior hacksaw!

With an asking price of £1,750 it’s a fair price for a bike that will draw attention and still put a smile on your face.

Anorak Fact: The GPz550D1 was a pimped up Z550. Kawasaki gave it a higher compression, hotter cams and a few coats of red paint. 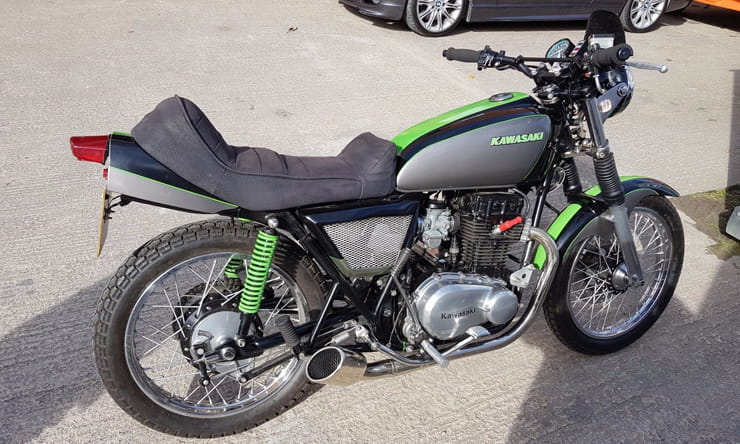 Once upon a time bikes like the Z400 went off to rust in peace once their work was done. I’m not being harsh, but it was never a bike that sent your pulse racing. Over the last few years the café racer scene has been breathing new life into the most unlikely models.

Brats, bobbers and the café racers are all variations on the same theme; take an old bike and create a something that’s an extension of your character.

Kawasaki have added a café racer version of the Z900RS to the range and it’s only a matter of time before they treat us to even more variations on the reborn Z900 theme.

This Z400 was born in 1978, sadly much of its distant past is unknown but the seller can fill us in on its more recent existence.

It came their way a while back and other than getting it MOT’d they’ve had no input into its transformation into a café racer. We believe them. What I like about their advert is the fact that they don’t try to big the old Z400 up, they are very realistic about its good and bad points.

I think we’ll all agree that the saddle is the bikes biggest drawback.

On the plus side if you want to create a Zed based special there won’t be a cheaper starting point than this one!

Anorak Fact: Kawasaki had two Z400 models in their range, one was the twin-cylinder like this one, the other was the Z400J which was a four-cylinder. 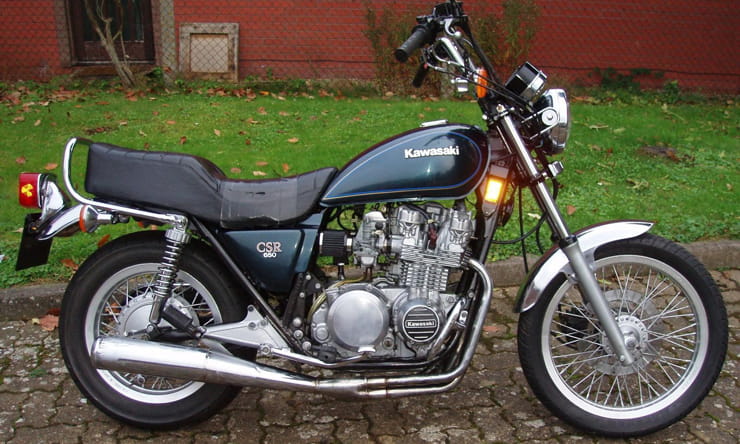 Kawasaki have already given us the modern Z650, I might be wrong but, I don’t remember them including a Z650 CSR in any pre launch teaser videos?

The base Z650 from the 70s was a great bike, the factory custom version was less loved. In fact, if this was the original Z650 model in this condition it would carry a price tag around £3,000. This bike, like the Z400 above, would make a good basis for a street special and with prices for 70s and 80s big ‘Zed’ models out of reach of many, it’s only logical that the black sheep from the Zed dynasty get pulled up in value. You could instead buy this and just ride it, there’s a fresh MOT and it’s even been coated in ACF50!