The king of motorcycle wheeling and dealing, Scott Redmond, is the man responsible for your twice-weekly fix of second-hand bike bargains on the web, sharing his secrets right here at BikeSocial. With almost 30 years of experience of buying, breaking and selling he’d touched more motorcycles than you’ve had hot dinners.

Every Friday he hits us with a trio of tasty morsels, one from each capacity; small, mid-range and then a big ‘un too. Then on a Tuesday he gives us three to fit a weekly theme. Enjoy and if you end up buying one then do let us know!

"The new ‘18 registration plates hit the UK roads yesterday, 1st March, and if buying a new bike isn’t within your financial grasp you needn’t panic. There’s plenty of year-old motorcycles on the market that offer great savings over buying new. And we’ve been surfing eBay to hand-pick this tidy little trio."

Here's what he found while out surfing this week... 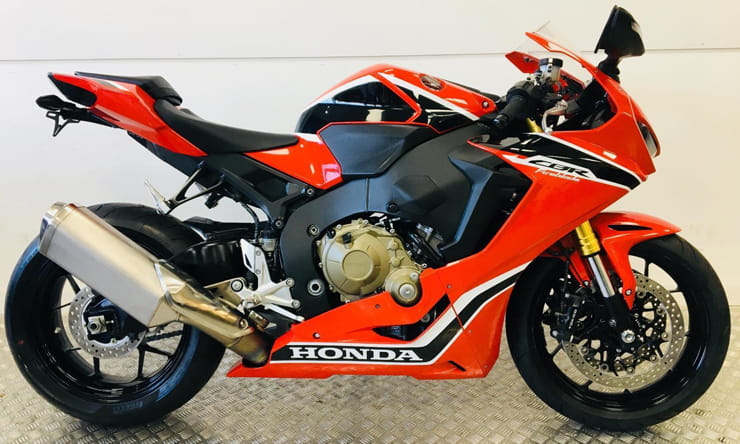 It was one of the most eagerly awaited bikes of 2017, the all-new Honda Fireblade. It may well be the sharpest blade yet, but it didn’t have things all its own way. Being a new model means it’ll be around for a few years yet before Honda go back to the drawing board and make the next Blade even sharper. The base model carries a list price that’s just shy of £16,000. You get a lot of bike for your buck, but if you are happy with buying a previously enjoyed example there’s even better value for your hard earned money.

With an asking price of £10,695 this 2017 Fireblade is a good £5,000 cheaper than a brand new 18 plated bike. That’s getting on towards being a third cheaper, which means the solitary owner of this immaculate bike paid dearly to rack up his 4,050 miles.

The bike is in immaculate condition, and even comes with a pair of new tyres. A quick read through the advert confirms that the service history and handbook are present. The cherry on the cake that makes the saving over a new bike even sweeter is the bike comes with 14 months of the Honda two-year warranty still to run.

Who knows, they might even round that asking price down to £10,000 if you turn up holding your folding.

Anorak Fact: There are two hotter versions of the 2017 Fireblade also available, the SP and the SP2. 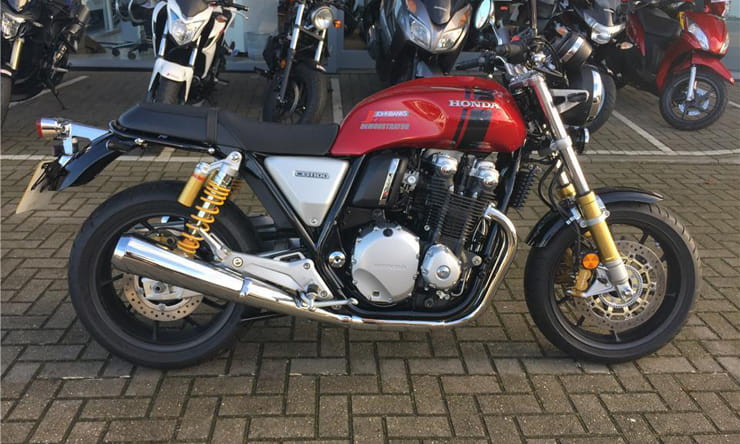 Kawasaki have done a brilliant job of hyping up their new Z900RS, it’s tapped into the nostalgic vibe that appeals to those of a certain generation. The clever thing is it’s a thoroughly modern motorcycle that’s been finished off with some retro touches and then been given the Zed crown to wear.

Early signs show it’s selling well and some dealers even boast a waiting list if you want to get your hands on one.

If only Honda had banged their drum harder when they launched their CB1100 range. It’s a much more authentic retro that’s for sure. This is the CB1100RS model, it’s a full on sit up and beg muscle bike, and it’s even got twin shocks, unlike the Zephyr - sorry Zed inspired Z900RS.

Honda have done an amazing job of building a modern bike that looks like it’s arrived from the late 70s/early 80s.

List price for new 18 plate is a gnat’s whisker over £11,000, although most Honda dealers have nibbled around £800 from that price tag.

It’s in showroom condition and barely run in with only 857 miles on its bores.

Anorak Fact: The original Honda CB1100R came in three guises, the half faired RB model, and the fully faired RC and RD variations. 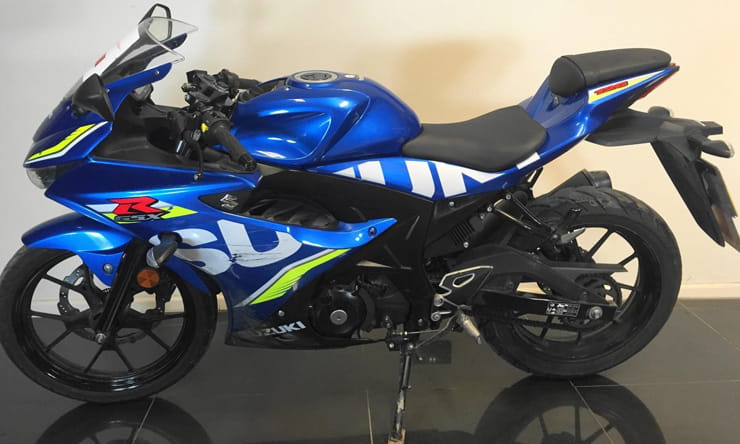 Suzuki gave us a fistful of new GSX-R models for 2017, not just one new GSX-R1000, but two! There were also new models with smaller capacities, a 250 that’s probably aimed more at other markets around the world and at last a GSX-R125.

Brand loyalty is often created in our younger years, that’s why many of brands we were running around on with L-plates, are the ones we stayed loyal to after passing our full test.

The GSX-R125 goes up against the established class leaders, the Honda CBR125, Yamaha YZF-R125 and KTM’s funky looking RC125.

It certainly looks the part and it comes with plenty of big bike feel and features. The other thing that’s big is the price, with a RRP of £4,099 it’s not a cheap way into biking. A year in and some Suzuki dealers are already chopping £500 from the 2017 price point.

There is another way to lay your hands on a newish model and save some cash, that’s to buy one that’s had a mishap.

Fresh from an insurance pay-out is this 2017 GSX-R125 and after only 2,360 miles its shine was well and truly rubbed off - literally.

The downside of fully faired 125s is when they go down they’ll look very second-hand when you pick it up again. There’s no structural damage here, it’s purely a plastic explosion and the odd broken lever.

If you can live with the scuffs it’s the cheapest way into GSX-R125 ownership.

Priced at £2,399 it might sound a lot for a crashed 125, but if you found some used panels and tarted it up you could even return a small profit when it’s time for something bigger.

Anorak Fact: There’s also a GSX-S125, an un-faired version on the GSX-R125; they probably slide down the road a bit better!