Today's Good, Bad and Ugly takes a look at three bikes that have been given the race replica treatment.

“Rossi and co. have now revealed their 2018 paint schemes, and the other race teams are set to follow.” Said Scott. “Dealers up and down the country will be racing to get any unsold 2017 race replica bikes finished in the latest race team colours. Here’s a few used bikes that have been treated to race paint.” 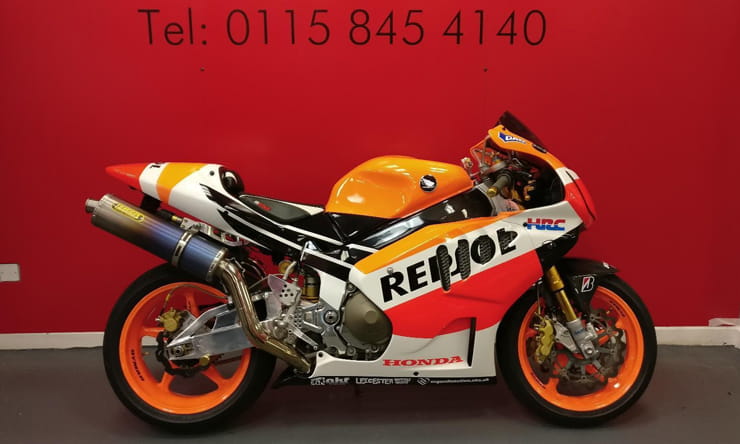 Chucking race paint over a motorcycle doesn’t add any performance or handling benefits, it does though make your bike stand out. It’s not a route that all motorcyclists want to go, so when you’ve finished with your bike and fancy a new one don’t be too surprised if there isn’t a queue of punters for your bespoke bike. A standard machine will always sell easier, and often for more money than a re-sprayed one.

Repsol Honda colours are well established, the working relationship started way back in 1995, at the end of the day without big sponsors they’d be no big teams and eventually no racing.

There’s no shortage of Repsol rep bikes on the used market, but it’s this SP1 that caught our eye.

What we like about this bike is the fact it’s beauty is more than skin deep. There’s also some quality extras bolted on. Items like an Ohlins rear shock, Harris rearsets and Dymag wheels, none of which are cheap to buy all add to the allure. The icing on the cake is the paint, it’s been done professionally, and there’s not a single sticker used, every graphic is painted on: Class.

Anorak Fact: Many accident damaged bikes are repainted, always do your homework and a HPI check. 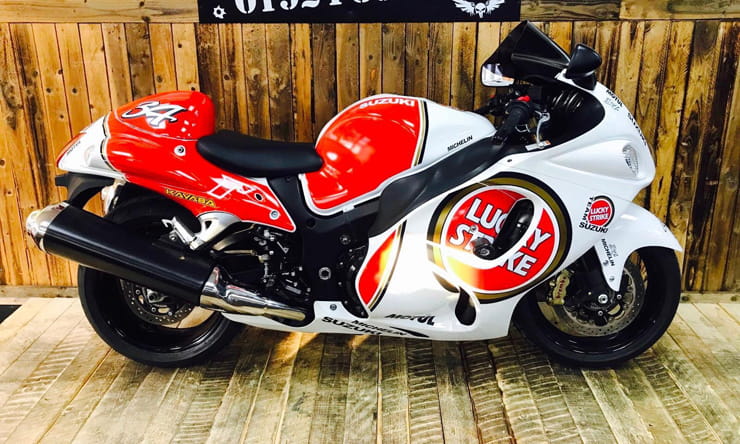 Suzuki have had some cool sponsors over the years but one outshines all of the others, that brand was Lucky Strike.

Even now Suzuki dealers will repaint unsold stock in the pearly white scheme, no doubt hoping to appeal to the nostalgic gene in your average forty something that fancies some PCP in their life.

Think Lucky Strike Suzuki and you’ll have visions of a young Kevin Schwantz wrestling with an out of control RGV500.

Some bikes can carry off a race rep paint job better than others. This Suzuki Hayabusa isn’t the obvious home for a race rep vibe. This 507-mile old 2013 Hayabusa must have been repainted from new, maybe after sitting around unsold in the showroom.

For a motorcycle that’s done no more than a 100-miles a year you’d think this Hayabusa would’ve found a new owner, paintwork aside it’s a barely run in and is fitted with a few other goodies that probably appeared on it at point of sale in 2013. 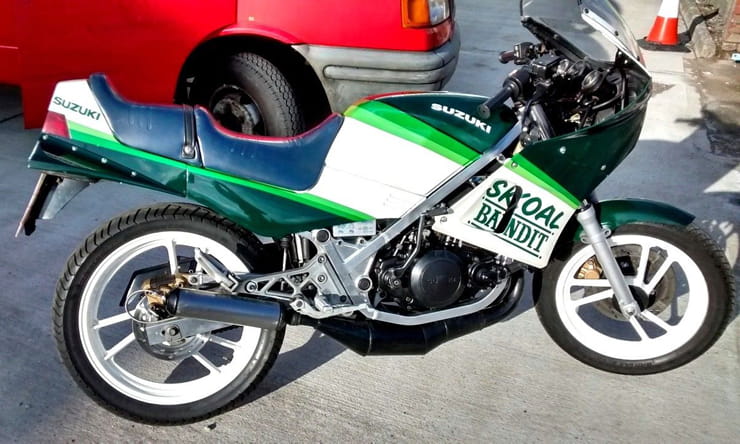 Before setting off to look at any re-painted motorcycle always ask who re-sprayed it. There’s no shortage of professional painters out there, many of these firms even paint the very race bikes that the road bikes end up emulating. If someone is unsure, be wary. A digital photo can make objects that are very average appear stunning, anyone who’s tried internet dating will know what I mean.

Those compressed pixels can make things look better than they are, so to avoid a wasted trip always get some high resolution pictures emailed from the seller. This is also good advice for any used bike irrespective of if the paint is factory finished or not.

At first glance this Skoal Bandit Suzuki RG250 catches your eye. The two-tone green and milky white paint looks dead at home on this spindly two-stroke. The bike itself appears to be well looked after, there’s plenty of information on the advert, a recent engine rebuild complete with receipts for over £800 is a major plus.

It’s also a very early UK bike, a genuine MK1 RG250 Gamma is a rare find. There is of course a list of negative points, the biggest blow is the fact that the race paint was an amateur job. Getting a bike professionally repainted is an expensive job, if the bodywork is damaged the price of repairs will add further costs to the bill. With prices for classic two-strokes forever rising, it might even pay the new owner to invest in an original re-spray? It would give the bike a broader audience if it was to return to the market, and add value.

Anorak Fact: Suzuki GB created their own Skoal Bandit replicas. The GSX-R1100/750 and RG250MK3 got the green and white paint and a certificate.