Today's ‘Two Grand Tuesday’, our weekly pick of the classified ads, takes a look at three bikes that all have bigger siblings.

“Following on from Steve’s ‘Pink it and shrink it’ themed article from last week, here’s a trio of bikes that did exactly that.” Said Scott. “All for sale right now, and less than £2,000 a piece, each of these bikes was a shrunken version of a bigger bike.” 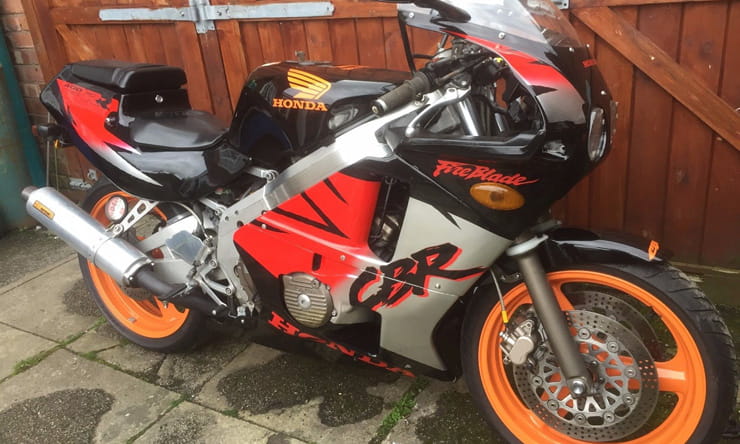 The CBR900 Fireblade is recognised to be the bike that ushered in modern sports bikes, it’s mix of reduced weight and smaller proportions made every other big sports machine look dated. This formula was already being well executed back in Japan. Their domestic home market bikes were a far cry from the sports bikes offered for sale here in the UK.

The Honda CBR400 had a full alloy frame and looked like a refugee from a Suzuka endurance race yet back in the UK we had the jelly mould CBR600F, complete with a steel frame and looks that wouldn’t get a second glance.

This shrunken shape of what was to come our way in the nineties still looks pretty sharp. They are still extremely popular, especially with newbies and those who prefer a lower seat height.

For a thirty-year-old bike you might think £1,795 is a lot of money to ask but to those in the know it really isn’t.

In fact, it’s a bit of a bargain. With only five previous keepers since it’s been in the UK it’s showing only 21,000km. The paint work is fresh, and the wheels have also been repainted. The bike looks pretty straight, and the seller sticks to the facts about it’s history in the description.

Anorak Fact: The NC23 is nicknamed the ‘Tri Arm’ because of its distinctive swinging arm. 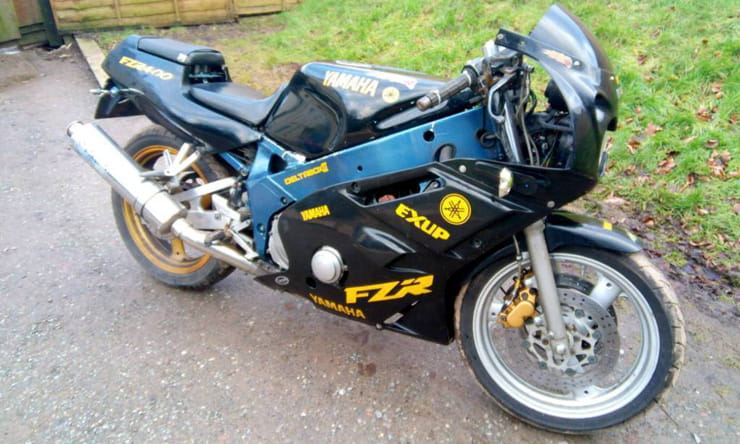 When Yamaha gave us the first FZR600 we were over the moon. It’s looks alone were enough to melt the hearts of the race rep fans that the bike was aimed at. The mini FZR1000 wasn’t really all it was made out to be. At first glance the Deltabox frame looked like an alloy frame, just like the one used on its bigger brother.

It was actually steel, then painted to give it that posh look. Meanwhile, if we cast our eyes back to the Japanese market, let’s see what they had.

Their FZR400 was more like it! OK, so it had less power, but it also had less weight, there was no heart of steel for this little beauty. Like the FZR1000 it came armed with that all important alloy Delatbox frame. This well used example looks to have seen better days. It looks pretty awful if I’m completely honest. There’s often a positive hiding within a negative and the rather short description reveals a chink of hope. Firstly, there’s an MOT that’s still got six months to run. Secondly; included within the £750 asking price is a FZR600 engine. The FZR600 engine plops straight in the FZR400 chassis – a popular conversion for the trackday enthusiast!

Anorak Fact: There are several versions of the FZR400 model, the rarest is the tricked up SP version. 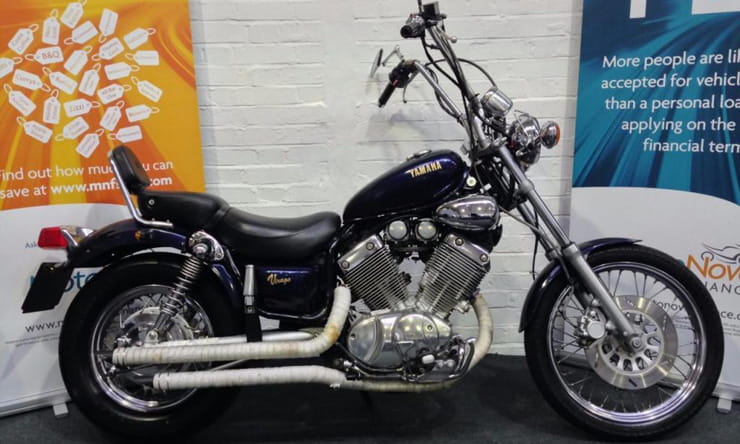 For years’ custom and cruiser bikes were big and bad ass. The basic ingredients usually revolved a massive air cooled twin-cylinder v-twin engine that was plonked in a chassis that was built for comfort and not speed.

Yamaha added a baby Virago to their v-twin cruiser range back in the mid 1980s, it went on the be one of the best selling bikes from their range.

The Virago range included 750cc and 1100cc versions, but it’s the smaller 535cc model that’s regarded to be the best Virago versions.

It’s not just the seat height that’s smaller, the whole package is pared down to the bone. The v-twin engine allows for a very slim bike with a low seat. The detailing also helps to keep things in proportion, the dinky round headlamp and tiny tank, really do a great job of making a good looking bike.

Sadly, this Virago hasn’t remained standard, can you spot what’s been changed?