“For over three decades Honda gave us the CBR600,” said Scott, “we’ve taken our virtual £2,000 budget and found this trio that are on sale right now.” 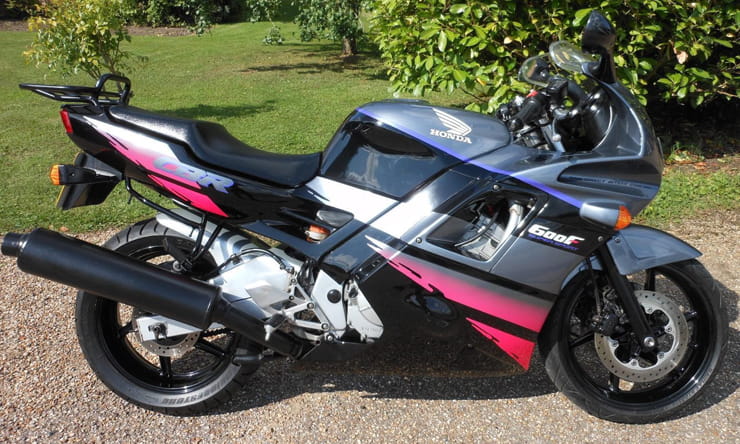 The first generation CBR600 was a great bike but the second coming was so much better. Arriving with the all new CBR600FM in 1992 it went on to dominate the class for years. From a technical point there wasn’t too much to shout about, the frame was made from steel tubes, the forks were conventional items and the paint jobs were the loudest thing about the bike.

From a practical point of view; you got a sensible riding position, a pillion grab rail and best of all a centre stand. The model got fresh paint each year and by the time that the ‘Steelie’ was retired it had gained ram air, better suspension and thousands of sales for Honda. The best thing about this model is its build quality, which makes them a great starting point if you fancy an old 600cc on a budget.

Prices for road ready machines start at around a £1,000 and peak around £3,000 for above average machines in desirable colours. That means there’s a whole heap of CBR600s available for £2,000 or less.

Even dealers who usually shy away from stocking older machines won’t hesitate to offer a 90s CBR600 for sale - they are that good.

This 1993 CBR600FN still wears its standard silencer, which is a nice touch. It’s hard to believe that this is a 25-year-old motorcycle! Asking price is a fair £1,895, with only 31,000 miles recorded this CBR600 will be good for another quarter of a century.

Anorak Fact: It’s possible to squeeze a CBR900 Fireblade engine inside a CBR600 frame, though there isn’t much room for the carbs and airbox. 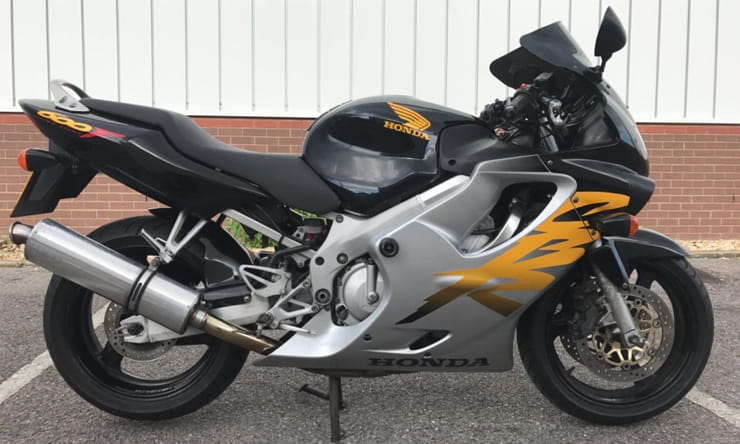 By the time Honda gave in and built an all new CBR600 the competition had not only caught them up, but they’re surpassed them. Bikes like the Suzuki GSX-R600 SRAD and Kawasaki ZX6G were loads sharper than the steel framed CBR600 that fell out of the range in 1998. The Yamaha R6 had raised the bar and the new Honda CBR600FX fell short of matching it. Never mind, at least the new CBR still had a centre stand.

The FX model was too sporty to appeal the old CBR600 core customer and too conservative to tempt those wanting a balls-out 600 away from the rest of the supersports 600 crowd.

The bike itself is a little belter, it still had the edge with build quality and despite finally coming equipped with an alloy frame it was too little too late.

The good news is unlike its competition the CBR600FX/FY tends to get left alone when it comes to tawdry bolt on parts, you can’t say the same about your average GSX-R600…

Most accessories fitted will be sensible and useful ones, this example we’ve picked highlights this perfectly.

There’s an aftermarket silencer, but the huge standard one is present and included. There’s a hugger fitted and a digital gear indicator, the hot grips are the cherry on the cake.

You won’t just need a bag to carry that silencer home, there is also a wad of paper history that shows that this CBR600 is a good-un.

The 43,000 miles might make some potential buyers hesitate, it needn’t though; these motors are one of the best lumps in the 600 class, unlike the 5EB R6 that’s got an appetite for cracking bores.

Anorak Fact: Always check that the charging system is working, the regulator is well known offender on all Honda CBR models. 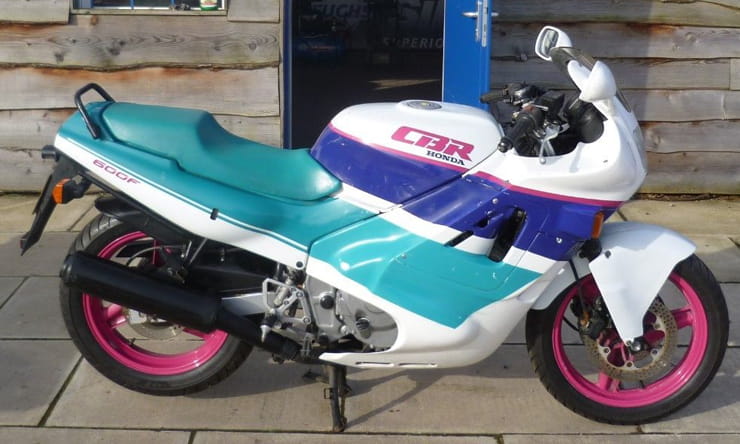 The cheapest of our CBR600 trio is also the oldest, no surprises there you might be thinking. In a world of classic Japanese motorcycles, you might have thought that an early CBR600 would be in with a shout of being desirable by now with those who like to spend lots of money on out of date motorcycles. The whole 600cc class is still yet to produce a bonafide classic, even the GPz600R carries no serious love. In time maybe we will kick ourselves for not buying a cheap old 600 with money from our savings account – time will tell.

If I was a gambling man, this would be worth a punt. The first generation of the breed is always the one that commands a premium once classic status is assured.

The Benetton coloured CBR600FL is a rare find, easily identified by it’s pastel shades. This bike looks to be a genuine example, but it’s not all good news. Mechanically she’s sound, the seller will also supply a fresh MOT.

It’s got a healthy paper trail too, collectors love details like this, and it sports every MOT from its first in 1994.

The bodywork isn’t overly great, and our seller admits it looks better from 20 feet away!

With a price tag of only £895 it’s cheap enough to either enjoy as it is, or tuck away and wait for decent bodywork to show up for a refresh and sale.

Anorak Fact: The FK and FL models had a few performance tweaks over the earlier FH and FJ models, this gave them a few extra bhp.