Pick of the Ads: Showstoppers

This week's Good, Bad and Ugly takes a look at bikes that were showstoppers at bike shows from years gone by.

“There’s been some real beauties and a few beasts launched at the Milan show this week,” Said Scott. “So we’ve taken a look back at showstoppers from the past, and what become of them. 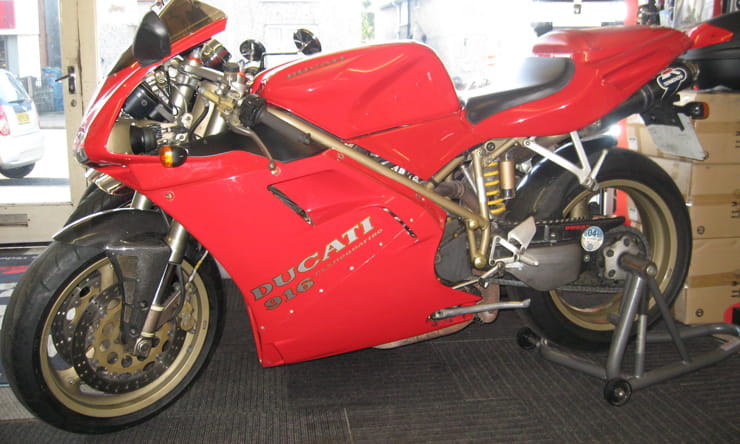 For some the 916 was the bike of the 90s, for others it’s another old bike from the last century!

Will we be waxing lyrical about the new 2018 V4 Panigale in years to come? Only time will tell but we already know that the 916 family will still be fondly remembered in a hundred years’ time.

Arriving in 1994 it stole our hearts and the headlines, that didn’t change much over its model run, with technical updates and limited edition models like the Senna and Fogarty reps the 916 retained its poster bike status right up into the new millennium. The replacement 999 model didn’t see the same levels of love.

Prices for the 916 have risen rapidly recently, with people yearning for the past and shunning the future. Owning a 916 can be a love hate relationship, but most mechanical issues can be solved by throwing large stacks of cash at them!

This 916 looks the part, it’s in the best colour and the asking price is less than a new Suzuki SV650. It appears to have been loved although lack of use with any motorcycle can create its own problems. Our seller confesses to have covered around 100 miles a year, then goes on to explain that’s been the case over the last 10 years. It’s ok though because this 916 is fully fettled and it’s even had fresh belts fitted.

The good news keeps coming and it’s only had three keepers since 1997, sadly one of them had an incident that lead to an insurance payout that landed the bike on the HPI list.

Anorak Fact: Ducati liked the under seat exhaust set up on the Honda NR750 so much they used the idea on the 916. 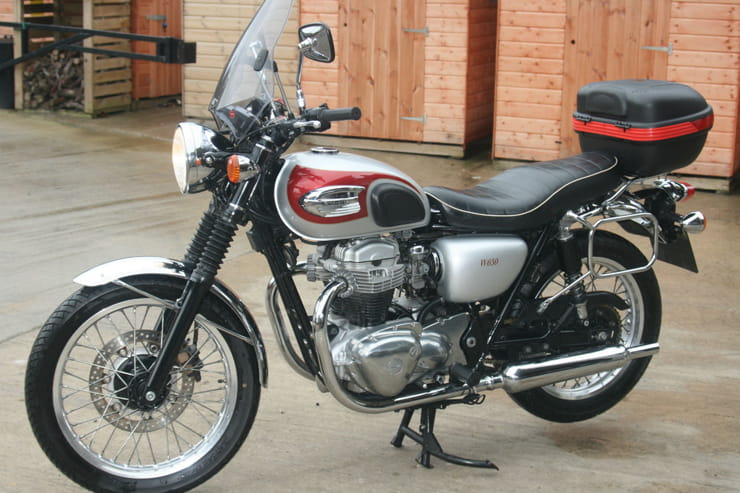 You couldn’t move in Milan for new retro bikes, the showstopper in this category was without doubt the Kawasaki Z900RS. Kawasaki have unveiled not one retro package for 2018 but two, with a cool café racer version joining the un-faired model. How long before there’s a scrambler version is anyone’s guess…

Kawasaki often go back to the future, their Zephyr series from the 90s kind of invented the idea. In 1999 they launched the W650, it went so far back in motorcycle design that it bypassed a whole sector of bikers.

It’s the sort of bike your dad would like, dripping in clever design to make it look like a bike from the 60s. Kawasaki didn’t overdo the links to their W1 model, probably because nobody would know what they were on about!

The W650 wasn’t a smash hit, it sold in small numbers before falling foul of the emission police around 2008. Since then they’ve had a bounce back, both in popularity and price. 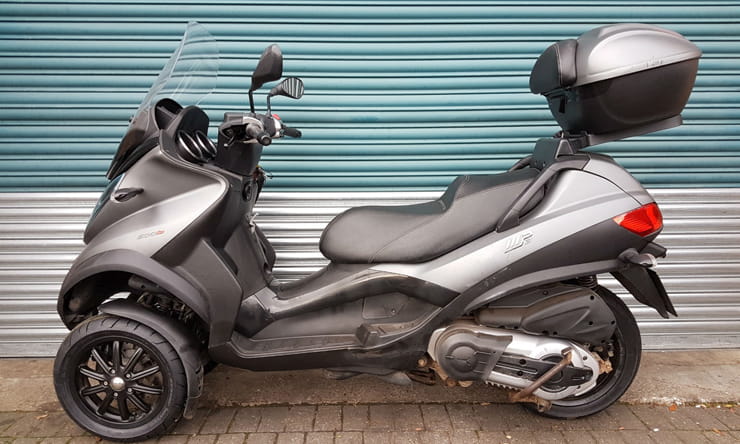 The future of motorcycling is a wonderland for motorcycle designers and engineers, over in Milan that notion was grabbed by Yamaha and revealed under the spotlights.

Manufacturers are showing little interest in revealing electric motorcycles for us to aspire to, instead the future very much centres around the petrol engine and lots of fork legs.

The Yamaha Niken isn’t an April Fools prank, it’s a genuine design. We’ve been here before, three wheels on any motorcycle is widely accepted to be one two many.

Perhaps though I’m missing the point, the UK is a small cog in the worldwide motorcycle market, perhaps with the right roads, weather and economy it might make more sense?

The Piaggio MP3 was going to change the face of urban motorcycling, sadly we are still waiting for that to happen, meanwhile cycling increasingly becomes a more credible way to negotiate congested city centres.

If you’ve ridden the MP3 (I have) you’ll know how heavy it is, how it lacks punch on a dual carriageway and lastly how it splits opinion with motorcyclists. There are good points, it’s very stable and a total hoot on bumpy country tracks.

The Niken takes this idea to another level, but at the end of the day it’s going to have to be pretty special to be a three-wheel motorcycle to win over the two-wheeled establishment.

Anorak Fact: You can use a McDonalds drive-through on a Piaggio MP3.