All bikes are adventure bikes because every trip on two wheels is an adventure. The reality is that few of the big-capacity, twin-cylinder behemoths are any more suited to serious off-roading than a Harley Sportster is suited to track days. Yes, they can do it with an expert rider on board, but for you and me, these will be more about putting on the big road miles, maybe with a passenger, in comfort, with luggage, while enjoying the view.

The big capacity adventure bike market is largely ‘the R1200GS market’ because BMW’s big twin is so dominant in the sales charts that all the rest added together barely even come close. There are plenty of GSs for sale and they hold their value well, but look around and be prepared to be hard-nosed and there are some good deals on its rivals too 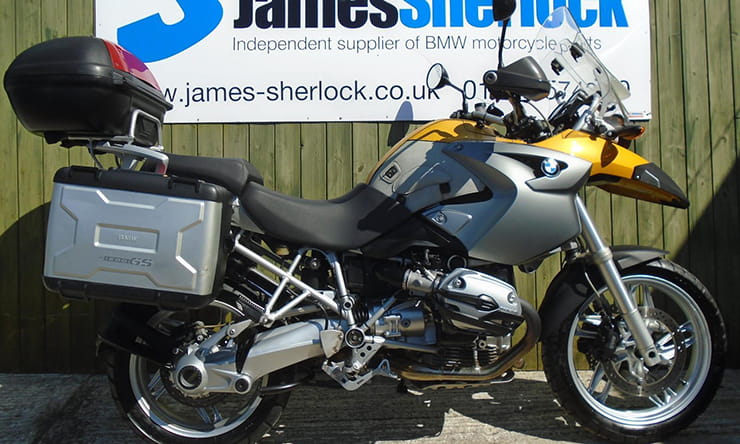 BMW’s beaky 1994 R1100GS had been quirky with a cult following. Their 1999 bug-eyed R1150GS was a much better bike, but still on the fringes of sports-bike obsessed Britain till Ewan and Charley popped up on our tellies. It was 2004’s R1200GS that took air-cooled German tea-trays into the rugged he-ma(i)nstream.

The new engine had lighter internals to rev faster and further, making more power from the same torque. The 1200GS was also a whopping 30kg lighter than the 1150, helping it accelerate and handle better too.

Ewan and Charley loved the new bike on their Long Way Down adventure. Owners mostly shared their opinions but the 1200 did have teething problems. Gearbox issues, electrical problems, corrosion issues and some final-drive problems too. Oh, and the servo-assisted brakes, carried over from the 1150 were possibly the silliest idea in biking ever. There were nine recalls, so make sure the one you look at has them all done.

Thankfully BMW owners back then were grown-up and sensible, BMW dealers weren’t as busy as they are now and the work got done promptly and properly. The one you buy now at this end of the market will have done around 50,000 miles, have a dealer service history for the first eight years and some sketchy story about how ‘I don’t trust dealers so like to do it myself’ since then.

So, assume it hasn’t seen a qualified technician in years and set aside some of your budget to let an expert give it the once-over. And check the final drive housing at the back wheel for any signs of free play and at the engine for signs of an oil leak.

This one is typical; 45,000 miles, all the right accessories and not too much unnecessary bling. It’s an imported bike with Km/h clocks, but on sale at James Sherlock, a respected independent BMW specialist so will have already had that all-important once-over.

Anorak Fact: There are currently around 21,000 R1200GSs registered in the UK alone. That’s six thousand more than the total number of Honda CBR600s in the UK 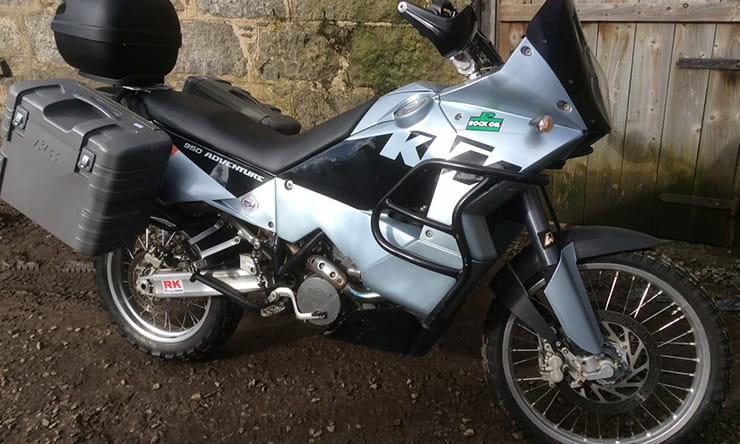 KTM’s first serious road bike (because there was never anything serious about the utterly-bonkers, single-cylinder Duke) arrived in 2002 with an all-new 942cc, 8v V-twin motor that was unusual in being fuelled by carbs when everyone else (especially those making big twins) had already switched to injection. The new motor made 98bhp in a steel-framed package weighing 198kg with an enormous 880mm seat height that instantly sagged by 50mm when you sat on it.

The styling was simple, aggressive and much easier on the eye than the current range of bug-eyed cartoon KTM mutants. KTM’s marketing was, er, playful, establishing the Adventure as the cool choice for former sports bike riders looking for adventure on something very different, but equally as entertaining as a GSX-R.

Some got it, others didn’t – the big Adventure was a lot more off-road focussed than BMW’s GS with a proper 21-inch front wheel, softly-sprung WP suspension and a level of finish closer to a competition off-roader than a slick production bike. Some stuff was built beautifully, like a factory race bike, and then others – like the switchgear – looked like they’d come off a cheap scooter.

The Adventure was 30kg lighter than BMW’s R1150GS, faster too and KTM’s hedonistic, aggressive image was about as far away from the BMWs of the time as you could get – hence the credibility with former sports bike riders.

Unfortunately, the KTM was a little too demanding for many. Where the BMW was a brilliant road bike in muddy trousers complete with shaft drive, smart road suspension and an experienced dealer network, the KTM had chain drive, a challenging power delivery, carb-icing problems and a small dealer network used to looking after (often two-stroke) competition bikes, not high mileage roadsters. The Adventure needed servicing every 5000 miles, with valve clearances done every other service.

These days, the dealers are knowledgeable, all the initial problems have been sorted and, providing you understand what you are getting, a used 950 Adventure is a smart buy. Even better is the later 990 model, which had fuel injection and everything else learned in those first few years, but you’ll struggle to find one at this money.

Anorak Fact: The  KTM executives who turned down Ewan and Charley for their Long Way Round adventure were recently seen sharing a coffee with Dick Rowe – the man who turned down the Beatles from Decca records… probably. 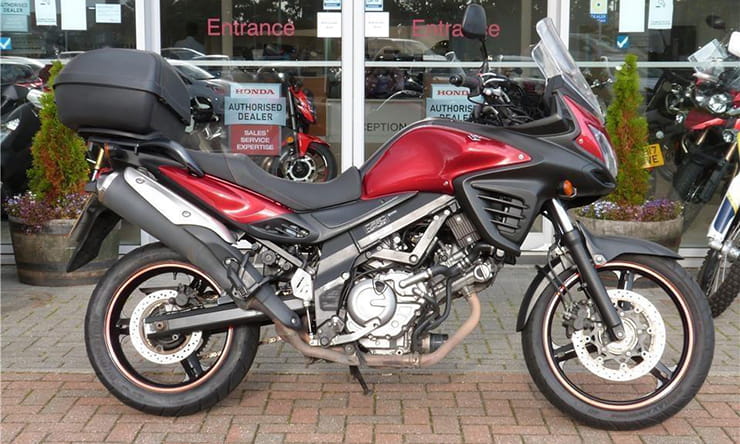 Adventure bikes make great daily-riders. Comfy over distance, easy to ride, upright riding position to see over the traffic and softly suspended to deal with the bumps and grumps of urban riding.

Middleweight adventure bikes are even better at this because the seat heights are more manageable, overall weight is a little lower, and even the most cack-handed rider can get 50mpg and close-on 200 miles to a tank.

Suzuki’s long-running V-Strom 650 is the easiest one to buy. Partly because there are so many around, but mostly because it’s just a bloody good bike. Powered by the same fuel-injected 66bhp V-twin as the SV650, the V-Strom added more bodywork, a bit more class, much-improved suspension and turned the already good SV into a versatile and very competent all-rounder. The seat is broad and not too tall at 835mm, the 20-litre fuel tank is good for 225 miles and at 214kg with all fluids and full of fuel it’s not too heavy.

As is the way with Suzukis, it wasn’t long before there were some hefty discounts around, meaning many were sold and most were sold cheap. Which, in turn means that used examples are always good value.

Suzuki’s most recent update in 2016 pushed prices of the old version down a little. There are still delivery mileage older versions in dealers, pre-registered for £5500, and plenty of low-mileage recent examples for a little over £4k. This one is typical. Two and a half years old, 27,000 miles, one previous owner and on sale at £4295 at Lings in Lowestoft. The mileage, heated grips and top box suggest it’s been used as a commuter and apart from some tarnishing on the exhaust it looks in pretty good nick. The trick to buying a good V-Strom is patience; there are so many out there at all prices, you can afford to be cheeky and risk losing it because there will be plenty more around next week.