Pick of the Ads: Benelli

Today's Good, Bad and Ugly is all about the Italian marque Benelli.

"This week we’ve been getting to grips with the TNT125," said Scott. "It’s one of the freshest Benelli models yet, so what better time than now to daydream about buying something from the Benelli back catalogue?" 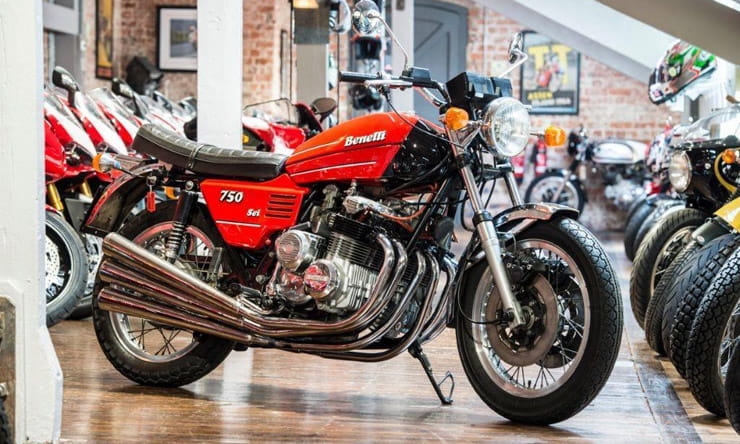 Of all the Benelli models that have been built over the decades, it’s their six cylinder machines that they’re known for. Growing up in the 70s meant that every school kid knew of the six cylinder bikes. This was mostly thanks to Top Trumps and those dodgy motorcycle annuals that Aunties bought up on mass. The Benelli 750 Sei stood out from the herd.

Was it any good? Do we care? The older we get the more we make allowances for short comings of older bikes. What was once an issue of poor design or build quality, metamorphosises itself as character and accepted. This butterfly model is the perfect example of this. There is no doubt there’s plenty of character lurking within this Italian motorcycle that uses half a dozen pistons.

Those games of Top Trumps in the playground live with us. Motorcyclists love to quote facts and figures about their bikes, only these days the playground is replaced by pub car parks and the packet of cards is replaced by metal in our garages. There aren’t too many 750 Sei’s for sale which explains the rather large asking price for this beautiful 1976 model and since then it’s covered just 12,589 miles. At a score short of £18,000, it’s a lot of money, but if you’ve always wanted one you’ll see beyond that!

Anorak Fact: The engine was largely based on the Honda CB500/4, but to keep things slim, the alternator was located behind the barrels. 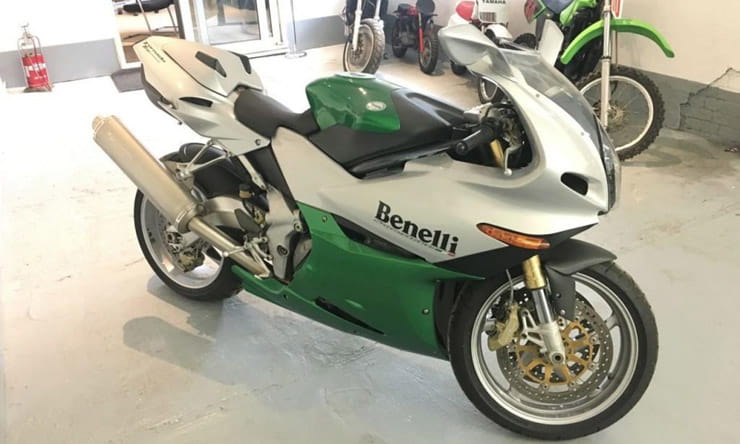 Where did the last decade or so go? When Benelli unveiled their new Tornado 900 it was a step towards the future. It was going to be the basis of great things for the phoenix like Italian company. Anyone who spots one nowadays will know the radiator is located above the back wheel, beyond that it’s a bona-fide forgotten model. It still looks pretty unique, but that’s not enough to make you want to buy it.

The Tornado came and went like an err tornado. The pre-launch media hype quickly gave way to stories of dodgy clutches and poor sales figures. If you want something quirky for your money then the Tornado will tick that box and from all accounts, it’s actually a decent road bike. This bike is a 2003 model with only 4,000 miles recorded and it’s obviously been pampered. The seller assures us that the clutch upgrade has been done, and they’ve even got paper proof. At £4,995 it’s not much of a bargain, especially when you search and see what else 5 large will buy you.

Anorak Fact: There was a tricked up version of the Tornado built so the model could race in the World Superbike Championship. 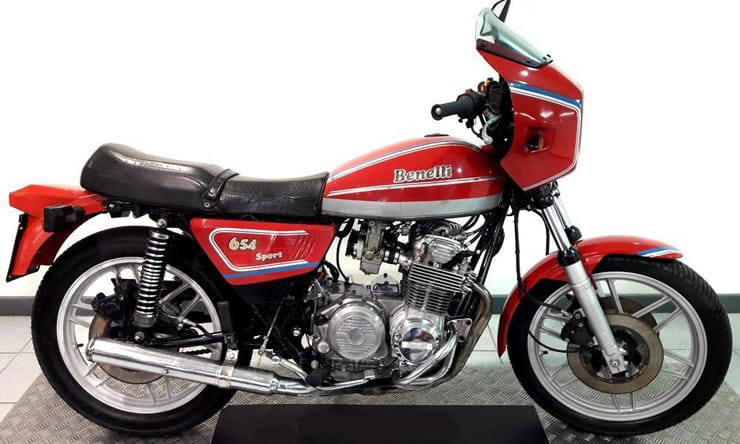 This Benelli 654 was first registered in 1989, the tail of a model that was born around 10 years earlier. In 1989 you could buy a variety of middleweight machines and most were powered by water cooled engines with twin cams and multi valves per cylinder. Or you could have purchased this, an air cooled four pot that used a solitary camshaft to open and shut the eight valves.

It was already a retro machine when it was brand spanking new. Like the Benelli Sei, the engine was pretty much a reworked Honda item. This time though, it was the Honda CB650 that was mimicked. The Honda CB650 was probably a better bike if everyone was being honest? This 654 looks to be a well-cared for example, only a non-standard 4 into 1 exhaust deviates it from standard. At £3,995 it’s wildly overpriced.