Every Friday we shine the spotlight on three bikes currently up for sale in a feature we call The Good, The Bad and The Ugly.

Casting his expert eye on the market is Scott Redmond. For over 25 years he's bought, sold and broken up motorcycles for parts. From doing deals in person under the streetlights of London to surfing the web and buying bikes on his phone he's purchased bargains, howlers and few he'd rather forget.

With the big Bonhams autumn sale take place at the Stafford Showground this weekend, there really can only be one place to head. If you want to see everything that's on sale, head over to Bonhams site for a full listing, which is what our Scotty's done in order to choose this trio that have really caught his eye. 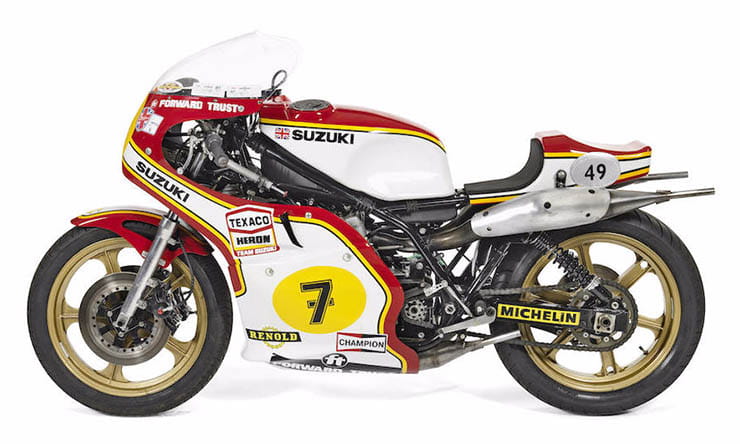 Many factory race bikes fail to survive, some got used for parts to keep newer and more competitive machines alive and others simply got crushed. This Suzuki XR14 is 40 years old, making it one of the earliest RG500 racers that still exists and probably the only one that’s up for sale. Its current owner purchased it 30 years ago. It was sold to him by ex GP rider Rob Bron who sold the bike as an ex Barry Sheene machine. It’s been restored twice in the last three decades and looks fabulous in Sheene's iconic Texaco livery. The bike is a runner and it took part in the Sheene tribute at the British MotoGP round at Silverstone this year. The bike is bursting with details that confirm it’s a genuine factory machine. These range from the Suzuki magnesium wheels to four bolt brake discs that are unlike the six bolt fixings that customer bikes came with.

Interest in this machine will be worldwide and if you can’t make it along to the auction at this weekend's Stafford Show you can always bid over the phone. 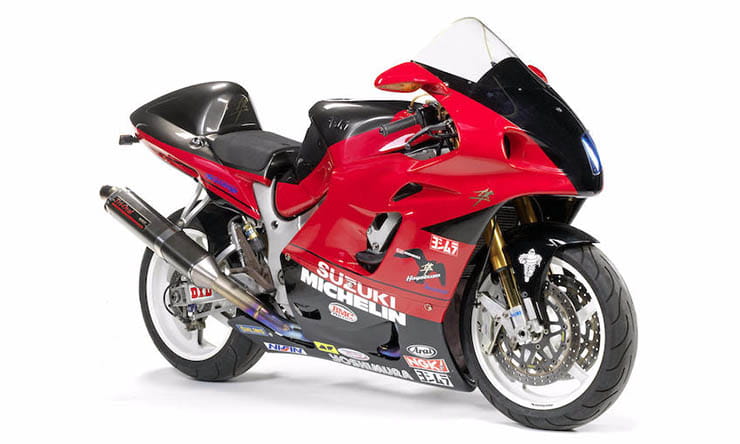 I initially thought this was my ‘The Good’ bike for this week, but sadly it’s not the real deal. In 1998 Yoshimura built the X-1, their reworking of a Suzuki Hayabusa. It was dripping in exotica and won the prototype class at the 1998 Suzuka 8 hour race. Yoshimura went on to create a hundred of these X-1 bikes. This isn’t one of them. This machine is a twist on the Yoshimura X-1. It was built in 2001 and delivered to its owner somewhere in Milan.

The bill for this one off build was in excess of 100,000 euros, a massive chunk of which would’ve been sunk into the engine. The capacity was taken out to 1400cc and every internal was tuned or replaced with top notch products. Pankl titanium con rods were attached to a lightened, balanced and nitrided crankshaft. Many Yoshimura goodies were also sealed within the crankcases, but sadly that engine is no longer in the bike. Instead it’s been fitted with a stock Hayabusa engine for practical reasons. What a shame. There’s no mention of where the original engine ended up. The chassis is a gorgeous mix of the best tackle available from the start of this millennium.

Ohlins FG170 Superbike forks live in yokes machined from billet. There’s an Ohlins shock and steering damper too. Marchesini lightweight wheels help to keep the weight down to bang on 200kg. Guide price is set between £16,000 and £20,000 and the winning bidder will also get some paddock stands, a battery charger and a bike cover! 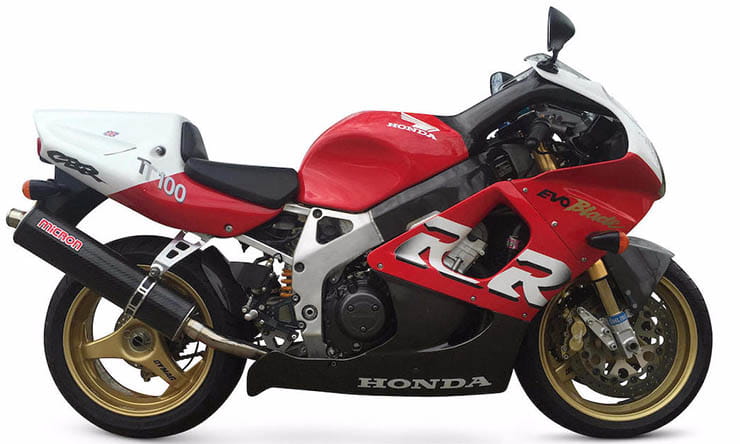 In 1998 tough Scotsman Jim Moodie rode a Honda Fireblade to victory in the Production TT. It represented the 100th time that a Honda had won a TT and Honda Britain commissioned Mick Grant and Russell Savory to build this 'EvoBlade' to keep them in the hunt the following year. The new 'Blade was a while away and Yamaha's R1 was about to top the tree. They needed to build and sell 250 of these special Fireblades to meet homologation requirements, yet the word on the street is as little as 20 bikes were ever completed. The price tag of £22,350 might have had something to do with that fact.

This is one of the bikes that was completed and sold. It was built in 1999 and sold by Thunder Road motorcycles of Bridgend in January 2001. Within a few months, and with only 599 miles recorded, it was sold back to the shop. The current owner bought it in June 2001 and he’s clocked up 5,917 miles. The bike is still in excellent condition and comes with its original spec that includes goodies from Ohlins, HRC, Dymag and Brembo. The tuned engine puts out 165bhp and uses Keihin 41mm flat slide carburettors. Bonhams have a guide price of £8,000 to £10,000, which looks rather conservative to me.

The TT100 features a 22.5 litre fuel tank, designed to complete two laps of the TT course.

The engine remained at 918cc, as per the standard Fireblade.