How to bump start a motorcycle – Step-by-step guide

So, your battery is flat and you haven’t got time to charge it. Time to get physical. Here are the most common bump start questions answered and a handy how-to guide;

When should I bump start a motorcycle?

It’s only worth bumping a bike if:

Where should I bump start a motorcycle?

How to bump start a motorcycle?

1. Turn the ignition on and go through all the basic checks again (see 1 above). The number one reason for failed bump starts is not flicking the kill switch on (don’t tell the assistant if you’ve just done that – it’s bad for pushing morale).

2. If you have a manual choke, put it to the usual position for a cold start. 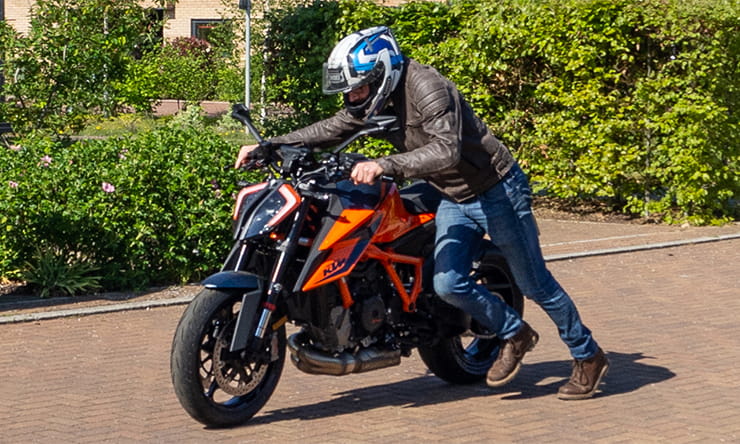 3. Put the bike into second gear unless you’re on a sportsbike with a high first gear, in which case use that. Pull in the clutch. If your bike has loads of clutch drag you might want to leave the bike in neutral until you get up to speed, but that makes it slightly more complicated as you’ll have to knock it into gear just before the clutch drop. You are now ready to go.

4. For a solo run, sprint (or get as close as you can to that state given advancing years and a 250kg GS slowing you down). For an assisted run, climb on board and tell your mates to sprint. 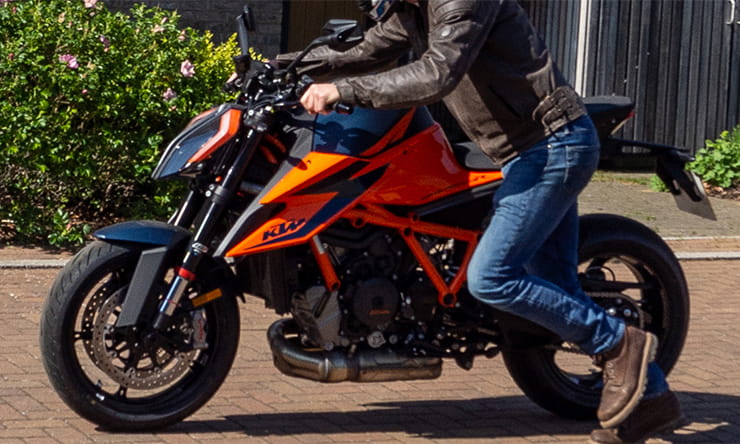 5. When you can run no faster, swiftly put your left foot on the left footpeg (don’t hit the gear lever) and hop onboard. Then snap the clutch out – don’t feather it or it’ll just act as a brake. Time the clutch snap with plonking your bum in the saddle to give the rear extra traction. Don’t give it a handful of throttle unless that’s what the bike normally takes to start. 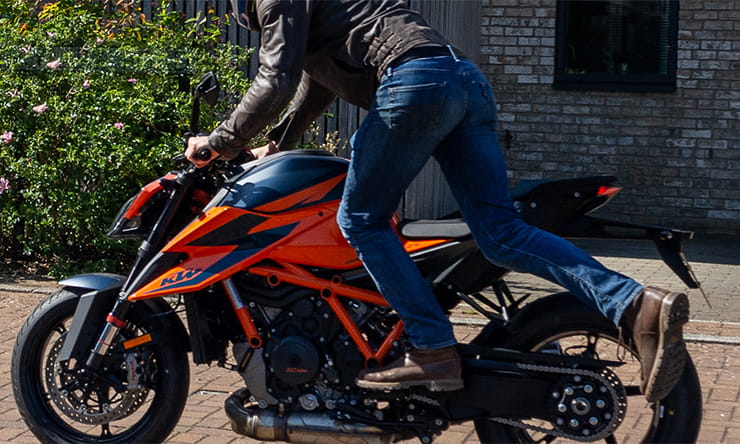 6. Almost immediately pull the clutch back in. The Americans call this a pop start for good reason – you’re popping the clutch in and out. If you just leave the clutch out you risk tear-arsing down the road on full choke if the engine catches, and grinding to a halt if it doesn’t. By popping the clutch you get multiple bites of the cherry. 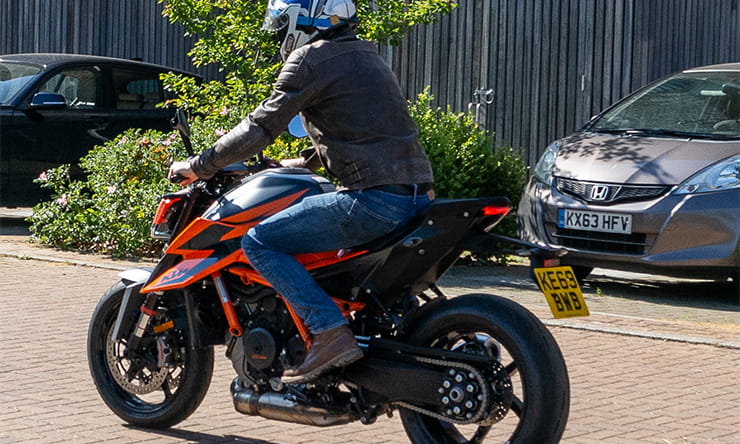 7. If the engine catches, keep it going by doing what you normally do at a start – let it warm up on choke, give it some revs or whatever. Obviously don’t stall the bloody thing.

8. If you’re confident riding side saddle, jumping on like that means you can easily jump off again to run alongside and to pick up more speed if the engine doesn’t catch in the first few pops. Plus you look like Agostini at the start of a 1960s GP. But be warned, if the bike grinds to a sudden halt (singles and Ducatis are good at this), there’s a fair chance you and the bike will topple over on the right hand side, somewhat denting your cool Agostini vibe.