How to charge a motorcycle battery – BikeSocial’s guide 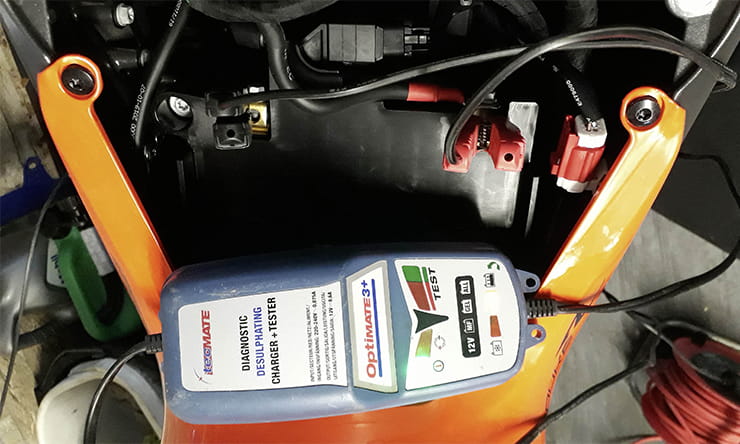 If you leave a bike standing, the battery is likely to suffer most. Here are the most common battery questions answered, plus advice on how to charge yours:

How long can I leave a bike without the battery going flat?

A decent conventional battery (we’ll leave lithium ones out of the equation for now) should easily sit for a month and still work fine. However, that time depends on two factors. Firstly, how new is the battery? If it’s over five years old, it won’t hold its charge anywhere near as well as a new battery and could be as flat as a fart in two weeks. Secondly, do you have a tracker or alarm on the bike? If these are drawing current from the battery, that can hasten a battery’s journey to flatsville. To be on the safe side, keep the battery topped up if the bike is left standing for more than a week.

Note that Bennetts Rewards members save 10% at Halfords, and that includes batteries. For hundreds of incredible offers, discounts and competitions, visit Bennetts rewards.

How do I charge a battery?

The easiest way is with a smart charger. These are clever enough to recognise what type of battery they’re plugged into and what state it’s in, then modify their charging regime to suit. So, for example, if you’ve got an old battery that’s nearly flat, the smart charger will test it and use the most effective charging technique to bring it back – often using pulses of current. It then keeps the battery at peak charge without overcharging (this causes damage). Some smart chargers can even desulphate your battery, effectively raising it from the dead. A standard trickle charger will just fire out a certain number of amps and keep doing that – even if it’s frying the battery. There’s an excellent in depth review of an Optimate smart charger here. 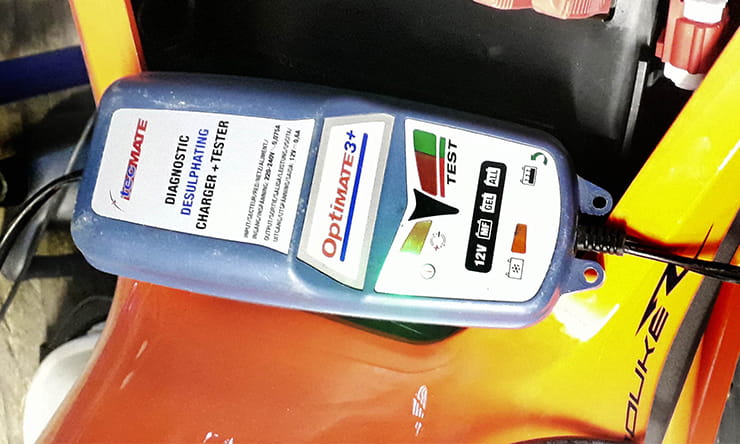 How do I use a battery charger?

Most batteries are under the saddle, though plenty aren’t – some KTM or Yamaha batteries are under the tank, the new Africa Twin’s is behind the cylinders and the Royal Enfield Interceptor’s is accessed via a side panel. If in doubt, consult the owner’s manual. With the battery located, you have two choices: i) attach the charger with the battery in the bike, or ii) remove the battery and charge it elsewhere. What you do depends on whether you have power where the bike is parked, and how kaput the battery is – if it’s stone dead, Optimate recommend removing the battery while its desulphation process takes place. If you’re using a smart charger, you can just connect and forget. If you’re disconnecting the battery, always remove the negative (black) first to prevent any potential sparks to earth as you undo the positive. If you’ve got a basic trickle charger without an auto-stop facility, check every few hours to see if it’s charged the battery – you don’t want it to overcharge. 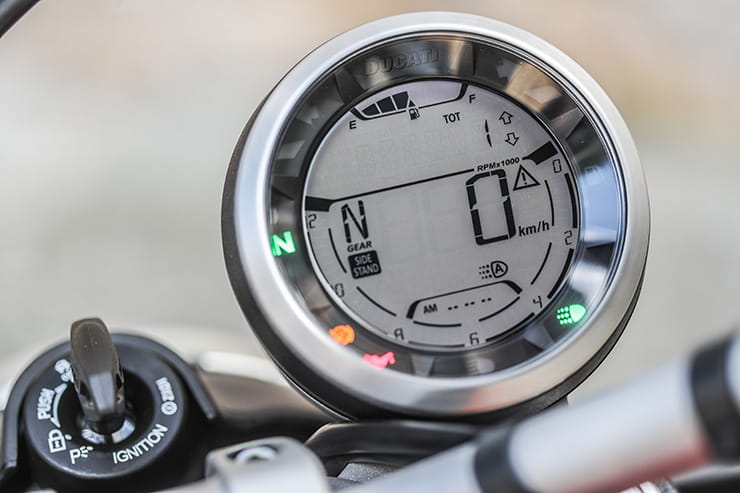 Can I charge the battery by leaving the bike idling?

It’s not hugely effective and won’t get the battery back up to full charge. The reason is that at idle, most alternators will only push about 1 amp into the battery, which is barely enough to make a difference – that figure will be over 10 amps when you’re riding normally (ie, not crawling through town). Obviously you could hold the throttle at 4000rpm for 10 minutes to give it a boost, but your neighbours probably won’t thank you. You’re better off using a smart charger (see above).

Does a bike battery charge while riding?

Yes. That’s what is designed to happen, so if your alternator and battery are in fine fettle, a 30 minute ride should easily be enough to top up the battery. If there happens to be a global pandemic at the time, we’re not sure that this trip would constitute an essential journey though… 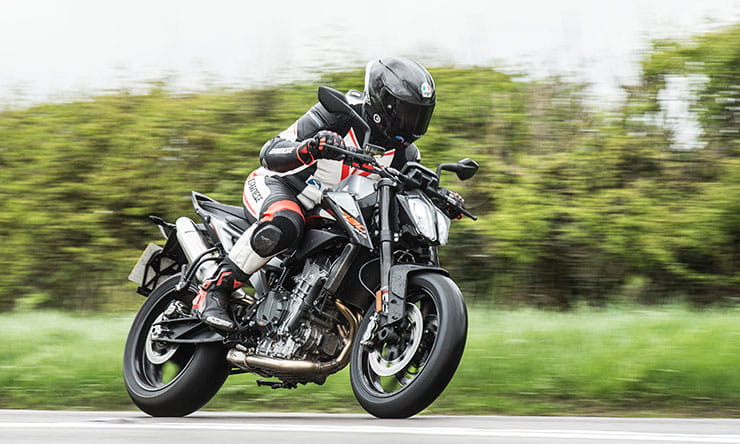 What are the symptoms of a dead motorcycle battery?

A dead one will produce no power at all, so when you turn on the ignition nothing will happen – no lights, no whirr of fuel pump, nowt. More common is the flat-but-not-dead battery, which will put out enough power to get a sickly glow from the lights, may even turn the engine over, but is more likely produce a series of fast and loud 'clicks' (the starter solenoid which has insufficient power to stay engaged) before giving up. You’ll then need a bump start, a jump start or to head back inside to get your charger.

How long does a motorcycle battery take to charge?

That all depends how flat it is – ie, how much electrical energy is needed to get it back to full charge – whether it is sulphated or not, and what kind of charger you have. If it is sulphated – a chemical version of being clogged – then it could take days to bring back to life as your smart charger goes through various charging cycles. There’s no guarantee of success here – your battery may be so sulphated that it’s irreversible. A healthy but flat battery can be brought back to life in anywhere between four and 12 hours.

Bennetts Rewards members save 10% at Halfords, and that includes batteries. For hundreds of incredible offers, discounts and competitions, visit Bennetts rewards ⤵ 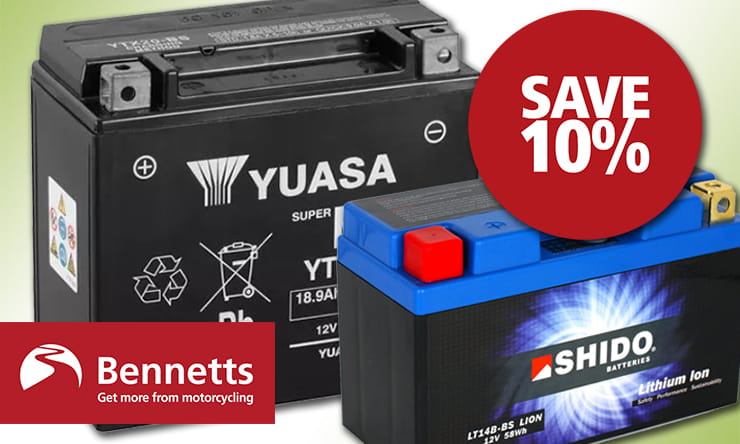