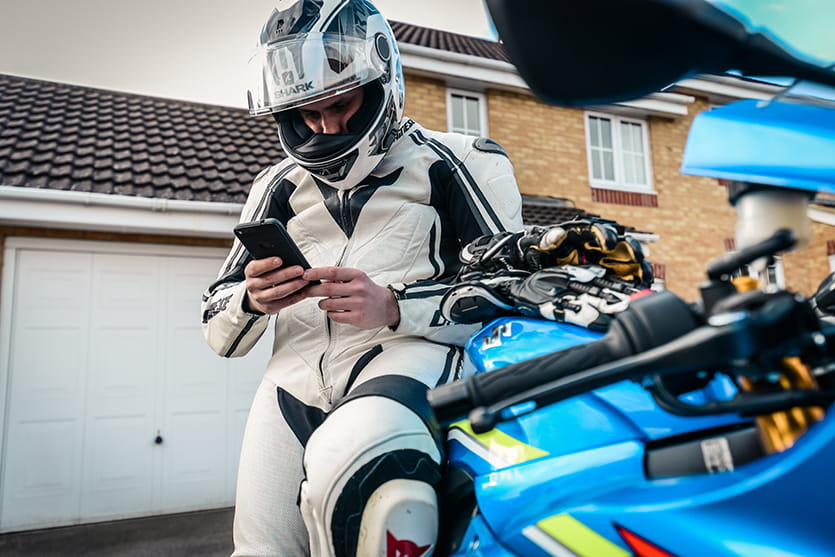 Road tax is now called Vehicle Excise Duty (VED) and there were some significant changes back in 2014. The biggest was that there is no longer a physical ‘tax disc’ and the VED no longer transfers automatically when you sell the vehicle. You must have current motorcycle VED if you use your bike on the road and when you change your bike you need to get your own VED for it.

2. It costs from just five pence a day to tax your motorcycle.

Even the most expensive bikes only cost 24p per day. Road tax was introduced as a way of paying for the building of roads and their upkeep. These days it has become more of a general tax, but the majority of roads spending is still funded by VED. Motorbike road tax can be bought for six or twelve months (starting when you buy the bike or begin to use it on the road) and the amount you pay is based on the engine capacity (not CO2 emissions like cars).

The current motorbike tax costs are as follows.

3. It takes less than five minutes to tax a motorcycle.

The easiest way to tax your motorcycle is online at https://www.gov.uk/vehicle-tax. If you have the reminder from DVLA, type in the reference number and follow the instructions. Your bike insurance and MoT details will be verified by the DVLA’s systems automatically. If you don’t have the reminder, you’ll need your vehicle’s logbook (V5C) or the green ‘new keeper’s details’ slip’ (V5C/2), a valid MoT certificate (if the bike is more than three years-old) and proof of insurance.

4. Or you can still do it at the Post Office.

Which takes longer, but you can also buy stamps and some Sellotape.

No vehicles are ‘exempt’ from VED, but those more than 40 years-old (on a rolling basis, so this year it’s machines made before 1978) don’t have to pay for it. They still have to be registered for VED though.


7. You’ll get a refund on remaining motorbike road tax when you sell the bike.

If you sell your bike, take it off the road and complete the Statutory Off Road Notice (SORN) or scrap it, the remaining VED automatically gets refunded.


8. Scooters and mopeds pay the same rates as motorcycles.

So does a motorcycle fitted with a sidecar, a trike (including Reliant Robins) or a quad bike. The rates are the same as in the table above.


9. You don’t get points on your licence if you don’t have VED.

Not having motorcycle VED is a revenue offence rather than a motoring one so there’s a fine, but no points. The fine for driving an untaxed vehicle is typically £80 but that can rise to up-to £1000 if the fine is ignored and ends up in court. If you get caught driving a vehicle that has been declared SORN the fines can be bigger – up to £2500.

There is no legal reason why having no road tax should invalidate your insurance. However, you should check the small print of your policy because some have a clause that says your vehicle must be completely road legal and compliant with VED and so no VED could invalidate it.

Even on a big bike the tax is less than £2 per week. If you were knocked off your bike, facing the rest of your life in a who-knows-what kind of situation and knew that the other driver’s insurers were casting aspersions on your integrity because you’d been discovered to be riding without tax… even if it had no actual bearing on events, how would you feel? You’re an idiot to be riding without it, so don’t.